Pankisi residents find common cause with other Georgians

The remote, Muslim-majority region is often seen as separate from the rest of Georgia. But increasingly, Pankisi residents share the same frustration as other Georgians: an overbearing, unresponsive state. At eight one morning last April, Ramzan Gorgishvili, a civic activist from Georgia’s Pankisi Valley, was awoken by a frantic phone call. “They’ve started construction,” a friend told him. “Get down here.”

Pankisi residents had long opposed the controversial hydroelectric dam, believing it would cause significant environmental damage to their region for the sake of enriching a few government-linked businessmen in the far-off capital.

“They had told us that nothing would happen until we had a meeting in Tbilisi,” Gorgishvili told Eurasianet. “Then four or five days before that, they started construction anyway.”

As locals mobilized to face the construction crews on April 21, Gorgishvili and local representatives headed to the nearby city of Telavi to meet a delegation of central government officials. Interior Minister Giorgi Gakharia met the Pankisi activists with a threat, Gorgishvili recalled: “He asked us, ‘So how do you want to meet, as friends or as enemies?’”

The confrontation back in Pankisi quickly escalated. Demonstrators burned several construction and police vehicles, while riot police – more than 200, by Gorgishvili’s estimate – fired tear gas and rubber bullets into the crowd. The clashes raised the prospect of increased strife between the central government and the residents of the Pankisi Valley, who have long had an uneasy relationship with the Georgian authorities.

The Pankisi Valley is an isolated region of about 5,000 residents, most of them Muslim ethnic Chechens (known locally as Kists). The valley on the Russian border has gained a reputation among other Georgians, and around the world, as a major source of Islamist militancy. Locals insist that is a bad rap, but the perception has nevertheless traditionally driven Tbilisi-Pankisi relations.

The crisis over the dam construction, however, illustrated a shift in Pankisi’s politics: Kists are increasingly finding common cause with other Georgians who also chafe against an overbearing, unresponsive central government.

“The Kists had two options for their approach,” said Aleksandre Kvakhadze, a research fellow at the Georgian Foundation for Strategic and International Studies. “They could have made it the state against the Kist minority, or the state against its own citizens.”

Choosing the latter puts them in the mainstream of Georgian civil society, where anger at the state lately has been highlighted by ongoing demonstrations in Tbilisi spurred by a heavy-handed reaction to anti-Russia protests last month. In that case, as well, police used tear gas and rubber bullets against demonstrators. Protesters are demanding that Gakharia, the interior minister, resign.

In Pankisi, the drive for citizens’ rights is exemplified by the new organization that Gorgishvili represents, the People’s Assembly.

Pankisi politics has long been dominated by the Council of Elders, a collective of community figures with which the central government has traditionally worked. But many in Pankisi say the Council has become out of touch with the people it is supposed to represent.

The final straw was when the Council came out strongly in favor of the new dams. “They have always been loyal to the government,” Gorgishvili said.

From this, the People’s Assembly was born. It is more inclusive than the Council, containing more young activists as well as members of the valley’s Salafi Islamist community. The central government tacitly acknowledged the Assembly’s authority when it summoned representatives, including Gorgishvili, to the April 21 meeting in Telavi.

In the aftermath of the clashes in Pankisi, solidarity protests took place in Tbilisi. A number of Kists participated, but the vast majority of attendees were ethnic Georgians with little or no connection to Pankisi.

There also has been strong opposition to planned hydroelectric dams in other rural areas of Georgia. Activists in the northwestern region of Racha have demonstrated against two proposed dams, while some locals in Svaneti have sworn a blood oath to prevent the construction of hydropower plants there.

Kists and other Georgians also have similar complaints about police abuse. In December 2017, police killed 19-year-old Temirlan Machalikashvili in a poorly explained special forces raid on his home in Pankisi. Machalikashvili’s father, Malkhaz, then spent a year protesting in front of parliament in Tbilisi, seeking justice for his son. He was subsequently joined by Zaza Saralidze, a Tbilisi father whose son was killed in an incident he accused the judiciary of covering up.

That joint protest softened many stereotypes about Kists, Kvakhadze said. “When people saw [Machalikashvili] and others being interviewed, they were surprised to see that Kists are fully fluent in Georgian,” Kvakhadze explained. “They reinvented the image of Pankisi.”

Gorgishvili said he did see some negative, racist comments about the Pankisi demonstrations on social media. “There were a lot of trolls saying things like, ‘you are terrorists, go back to Chechnya,’” he said. Nevertheless, he characterized the overall feedback as positive. 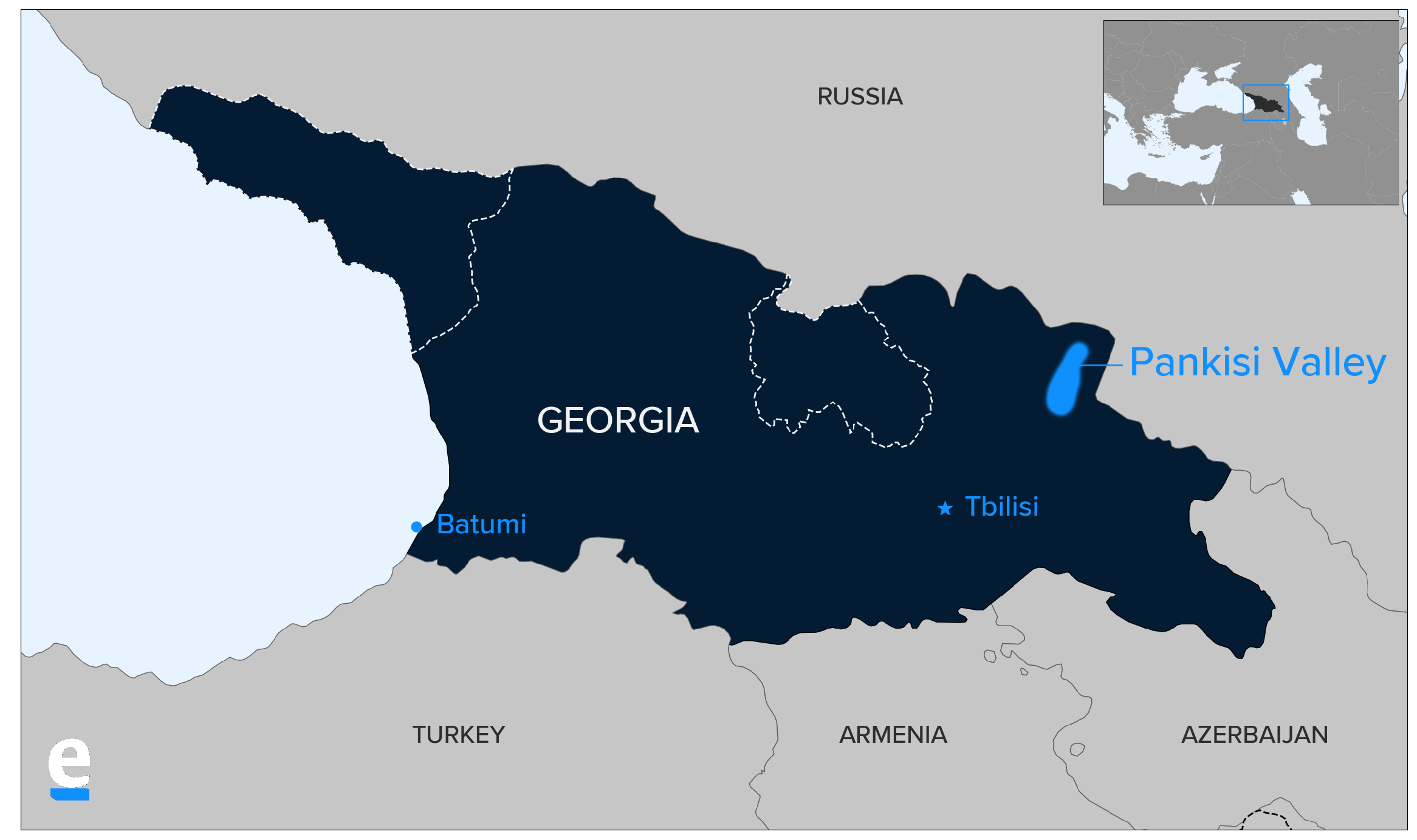 Pankisi’s entrance into the Georgian mainstream has been a long process.

“In Soviet times, Pankisi was very rural and isolated,” Kvakhadze said. “People generally worked on the local kolkhoz [collective farm] and that was it. You could count the number of Kists in Tbilisi on your hands.”

Following the collapse of the Soviet Union, many Pankisi residents moved to then-independent Chechnya, which shares a common language and culture, to find work, only to be driven home again by war in 1999.

Then Kists began to orient themselves more toward the rest of Georgia.

“Around 2005, Kist students began to take the Georgian state exams for the first time,” Kvakhadze said. “They travelled to Telavi and Tbilisi for school and met other Georgian students.” When they returned back to the valley, they already had the connections and education to become effective activists, laying the foundations for the People’s Assembly.

In the valley, meanwhile, construction of a new police station has begun in the village of Dzibakhevi, near where the April 21 protests took place.

Residents see a continuation of the government’s heavy-handed approach to the region. “We already have one police station [in the valley’s main village of Duisi], and they don’t do anything,” said Leila Achishvili, a local guesthouse owner. The new station “is like a return to the past, to the 1990s and early 2000s.”

And while construction has currently halted on the Khadori-3 dam, the target of the recent protests, the status of a larger dam to be built further north, Samkuratskali-2, remains unclear.

Gakharia, the interior minister, has said that no further activity will happen without the agreement of 90 percent of the local population, but few in Pankisi believe him. “The government has told us nothing,” Gorgishvili said. “We are all waiting to see what will happen.”