The women said they entered the contest to try to show Georgians more about their region, which in recent years has been stereotyped as a hotbed of Islamist radicalism. 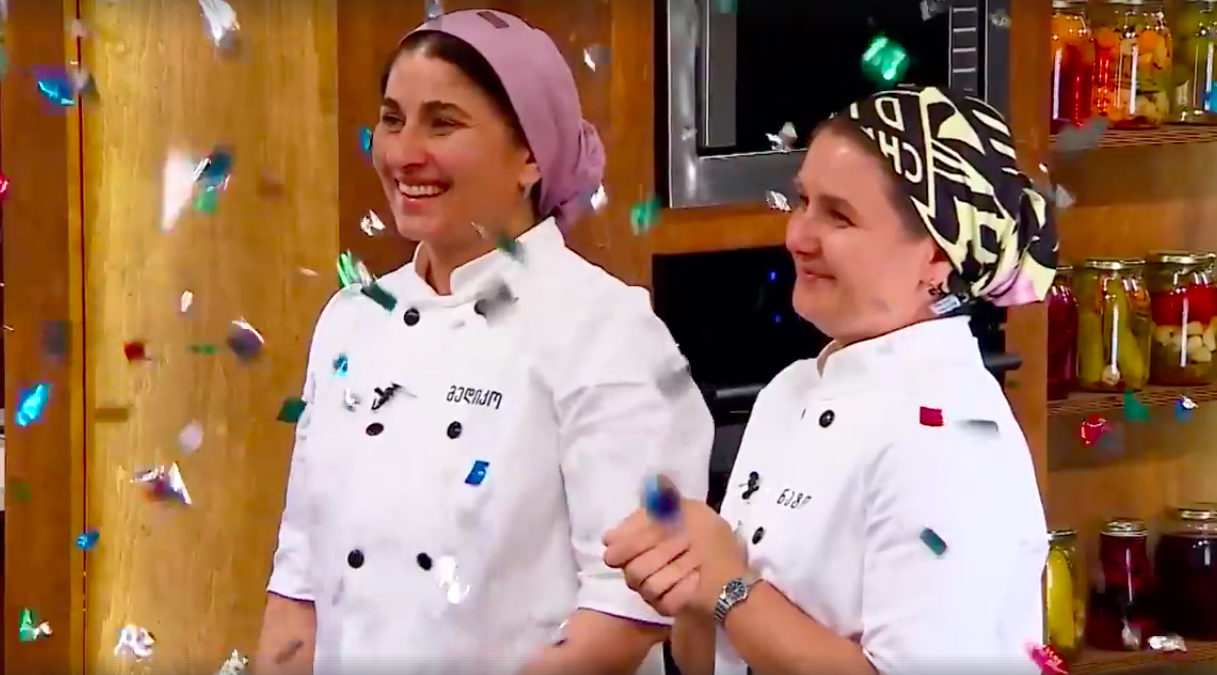 Two women from Georgia’s Pankisi Gorge have won first place on a popular nationally televised cooking show. The women are Kists, an ethnic minority group closely related to Chechens, and said they wanted to use the show as a platform to reduce negative stereotypes about their region and people.

Nato Kavtarashvili and Mediko Machalikashvili came first on the popular Rustavi-2 TV show “My Cuisine Rules.” The duo won the title by beating out nine other teams from around Georgia; in the final they defeated a rival pair from Zugdidi, in western Georgia.

Both women are employees of the Kakheti Regional Development Fund in Pankisi. Kavtarashvili works with youth in the region hosting after-school courses while Machalikashvili teaches cooking classes.

“Our main goal was not to win money but to popularize Kist cuisine and provide our people with a sense of dignity,” Kavtarashvili told Radio Way, a Pankisi station, following their victory. “We are glad to have appeared on the program.”

Pankisi has gained a notorious reputation, as some of its native sons – most notably Omar al-Shishani, an ISIS commander – have joined foreign Islamist groups. But locals say the region has been unfairly pigeonholed over the years as a hotbed of radicalism and have been seeking new ways to present the region in a more positive light.

Kavtarashvili and Machalikashvili are the latest to serve up a hearty helping of Kist culture to their fellow Georgians. In the first show, they prepared the staple Vainakh dish “Jijig-galnash” – boiled meat and cooked dough dipped into garlic. Other dishes on offer were Chechen halva and “ajapsandali” – a meat and vegetable dish popular around the Caucasus.

“I think we were very lucky that the jury members did not know Kist-Chechen cuisine,” Kavtarashvili said. “This has been really inspiring because our cuisine is really unique and it has been a very popular discovery for the audience. And that’s the purpose of this project: to discover fresh, tasty dishes.”

The duo saved their best dish for the final round of the contest.

“In the last show we prepared khakhaki khingalsh – made from the same stuff as our local pumpkin khachapuri and the judges loved it,” Kavtarashvili said. “This dish is not ours, it’s traditional and the recipe was taught to us by female refugees from Chechnya, here in Pankisi.”