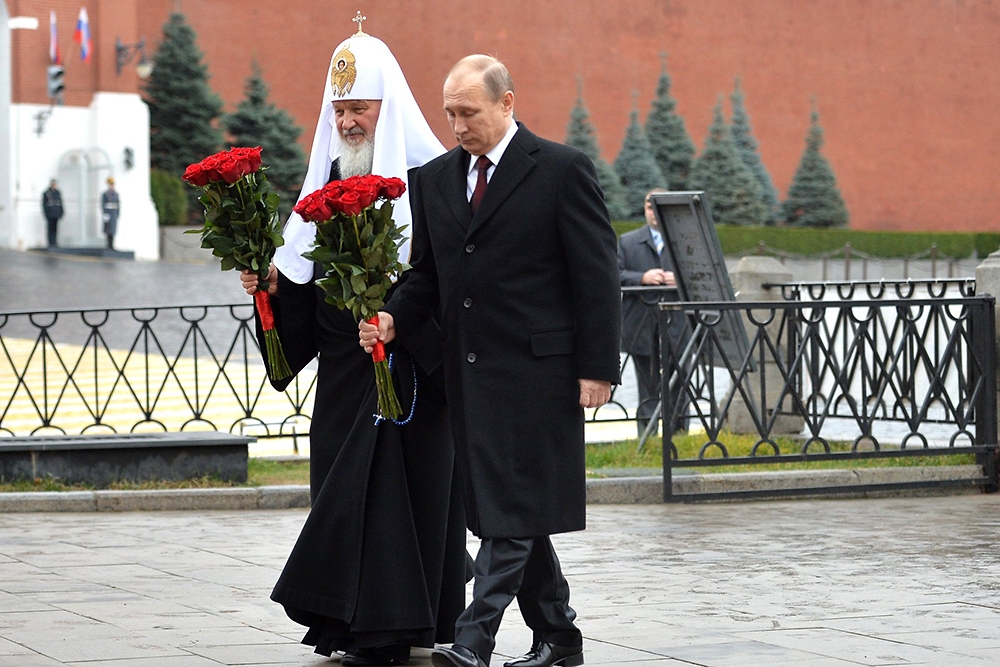 A new paper explains how the notion of “spiritual security” is a major component of Russia’s national security doctrine, and illustrates how Russia’s current political and ecclesiastical leadership can never abide a Ukraine that is oriented toward the West.

Underscoring the extent to which Russian Orthodoxy is intertwined with Russia’s statehood, the paper cites the Kremlin’s National Security Doctrine, which states that “ensuring the national security of the Russian Federation also includes the protection of the cultural, spiritual and moral legacy … of all the peoples of Russia.” The paper also asserts that a major building block of Russian President Vladimir Putin’s foreign policy is the concept of Russkiy Mir, a term used to identify Russia’s sphere of cultural and canonical influence. It adds that the religious values espoused by the Russian Orthodox Church are essential elements of Russkiy Mir.

“The Russian Orthodox Church, which has regained its pre-eminence as the cultural and moral guardian of Russia, is supplying the ideology utilized by the Putin administration in its relations with the ‘near abroad,’ as well as those nations that are regarded to be within its sphere of geopolitical influence,” states the paper written by Rev. Fr. Dr. Daniel P. Payne, a Greek Orthodox priest who was a scholar from 2006-2015 at the Dawson Center for Church-State Studies at Baylor University.

“The Russian Orthodox Church’s promotion of traditional values, which have undergirded the ideology of the Russkiy Mir and the concept of ‘spiritual security,’ has had a great influence on what has been called the ‘Putin Doctrine,’” the paper says.

In recent years, the proponents of Russkiy Mir have cast themselves as the defenders of traditional Christian values. Accordingly, they have embraced the idea that their chief mission is to keep secularism, a phenomenon that has already overrun the West in their view, at bay. At home, the Russian Orthodox Church, in the words of its spiritual leader, Patriarch Kirill, is engaged in “the second Christianization of Rus,” striving to rid Russkiy Mir of the secular influences associated with Communism.

This religious-cultural factor is a major driver of Russia’s actions in Ukraine, the paper contends. The idea of Ukraine shunning Moscow for a closer relationship with the European Union is particularly abhorrent to Russian leaders because Kyiv is the cradle of Russian civilization, the place where the Russian Orthodox faith was founded in 988. Thus, Russian leaders are convinced that Ukraine’s acceptance of Western values would irrevocably split Orthodox believers and mean the collapse of Russkiy Mir.

“The Orthodox faith is the pillar, the backbone that will never allow Rus to become enslaved or ruined,” Patriarch Kirill said in a speech in July 2014. “If we betray this, reject this, we will lose everything.”

Western leaders are making a big mistake if they do not take the religious underpinnings of Russian foreign policy, particularly in how messianic ideas are guiding Russian policy toward Ukraine, into account, the paper argues.

“If foreign policy makers in the United States and Western Europe fail to understand this religious dimension of the Putin Doctrine of the Russkiy Mir, then they will not fully understand the rationale of Putin and his administration in promoting Russianess around the world,” the paper states.