Dozens of babies are marooned in hospitals, their international parents unable to travel during the coronavirus crisis. 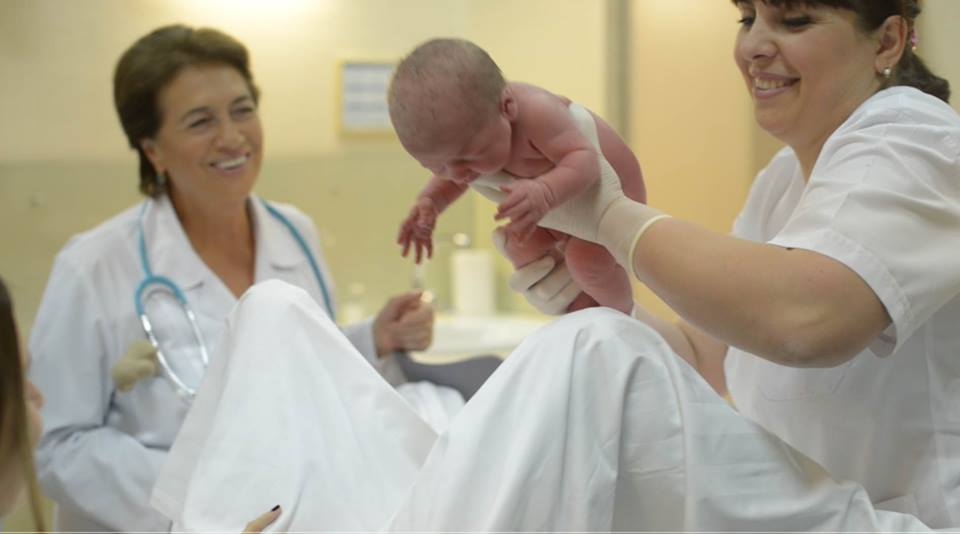 When Patrick and Enitan Goredema booked tickets from Toronto to Tbilisi, where they would land on March 19 to witness the birth of their surrogate baby, they never imagined how their plans would be hijacked.

Georgia closed its airports on March 18 in a bid to contain the spread of the novel coronavirus – the day before the Goredemas were to arrive on a connecting flight from Rome.

“We initially thought we could wait this out for two or three weeks for things to calm down, but it turned into a nightmare,” said Patrick Goredema, who with the help of his surrogacy agency contacted the Georgian Embassy in Canada for special permission to enter the country. When their son was born on April 3, the couple became desperate. “It was devastating for us. The first week was pretty bad because my wife was crying every day and having nightmares and asking who would feed our child. […] It was a do-or-die situation for us to get [to Georgia].”

Georgia is an increasingly popular destination for would-be parents who need help carrying their biological child to term. Surrogacy packages here start from a little over $25,000 – a fraction of that in the U.S., the only developed nation where commercial surrogacy is legal and costs upwards of $100,000. This, a liberal visa regime that allows citizens from 98 countries to enter easily and reside for up to a year, and legal provisions that allow the names of intended parents to be written directly on the birth certificate, make the South Caucasus country attractive to parents.

Surrogacy has been legal in Georgia since 1997 for heterosexual couples with fertility challenges, though there is no official system in place for recording the births or regulating the industry, deputy public defender Ekaterine Skhiladze has been quoted as saying.

For the Goredemas, who are Canadian citizens of Zimbabwean and Nigerian descent, their quest to become parents was a decade-long saga including several unsuccessful cycles of intrauterine insemination (IUI) and in vitro fertilization (IVF). Then they decided to try surrogacy – the process where their sperm and egg are fertilized in a laboratory and the resulting embryo is inserted into a surrogate womb. The couple initially considered Mexico, but finally opted for Georgia as they felt Georgia’s medical facilities and legal provisions were better.

While they eventually got a permit from Georgia’s Foreign Ministry to bypass entry restrictions, it took them over a month to negotiate with hospitals at home to get a COVID-19 test to be allowed to board flights. Then they had to find increasingly rare connections to international airports where Georgian Airways has serviced flights to bring Georgian citizens home. They finally entered Tbilisi via Minsk on May 4, a day after their son turned a month old.

The surrogate mother of their child, who wished to be identified only as Ana, said she was worried and emotional about giving birth during the global coronavirus lockdown. “I was ready to do everything for the baby, though our contract says I should not have any contact with the baby after birth,” Ana told Eurasianet. “This time I was thinking a lot about the baby in the hospital without his parents.”

It was Ana’s second delivery as a surrogate mother, for which she received $15,600, almost three times Georgia’s average annual salary. A single mother of two teenagers, Ana said the financial benefit as well as the personal satisfaction she gets from helping childless couples made her sign up to be a surrogate, something she would consider doing again.

Calls to four of 10 surrogacy agencies listed online with local phone numbers reveal at least 40 babies stranded in Georgia without parents, 30 of them in Chachava Clinic, one of the oldest maternity hospitals in Georgia, which started surrogacy services in 2014. Other calls went unanswered or respondents declined to comment, suggesting the number could be higher.

American Ilana Bar Diddone, who started Tbilisi-based Royal Surrogacy, said her firm is doing all it can to care for six babies born to parents from the U.S. and Israel through their agency, including providing personal nannies who underwent 14 days of self-quarantine.

Several other infants are stuck in the hospitals where they were born, cared for by hospital staff because of the lack of necessary papers to discharge them to caregivers. They include babies of parents from China, India and Portugal.

The New York Times reported earlier this month that hundreds of babies born to surrogate mothers are stranded in Ukraine.

New Life, a popular surrogacy agency in Georgia that usually handles about 20 births a month, avoided a similar situation because of timely action, says Sophie Ukleba, a senior manager there.

“As soon as we heard about potential travel restrictions in early March, we got hold of all our parents expecting babies in the next three months and told them to get on the next plane. Most of them arrived in time,” Ukleba said. The agency had only one baby – that of the Goredemas – born before the parents could arrive, while two more babies whose parents are still unable to travel are expected in early June.

Ukleba said Georgia’s Foreign Ministry been helpful granting special permits to allow parents to enter despite a strict no-entry policy in place for foreigners since March 18. “This country has been more helpful to parents than their own countries,” she said.

For the Goredemas, who were finally reunited with their son after the mandatory 14 -day quarantine imposed on all foreign arrivals, the nerve-wracking emotional journey to Georgia is now almost forgotten. Patrick says they only feel grateful for the care their son received in their absence and the science that lead to his birth.

“I am a black man and my wife is a black woman and we did gestational surrogacy, so that means that a Georgian lady, a white lady carried our child. And to us, this is a gift no one else can ever give and we will forever be grateful to the mother who carried our child.”

Pearly Jacob is a freelance journalist and filmmaker currently based in Tbilisi.