The list of the ruling party, which came to power on promises to stamp out corruption, includes two prominent oligarchs. And two of the opposition parties are putting up former ruling party MPs. 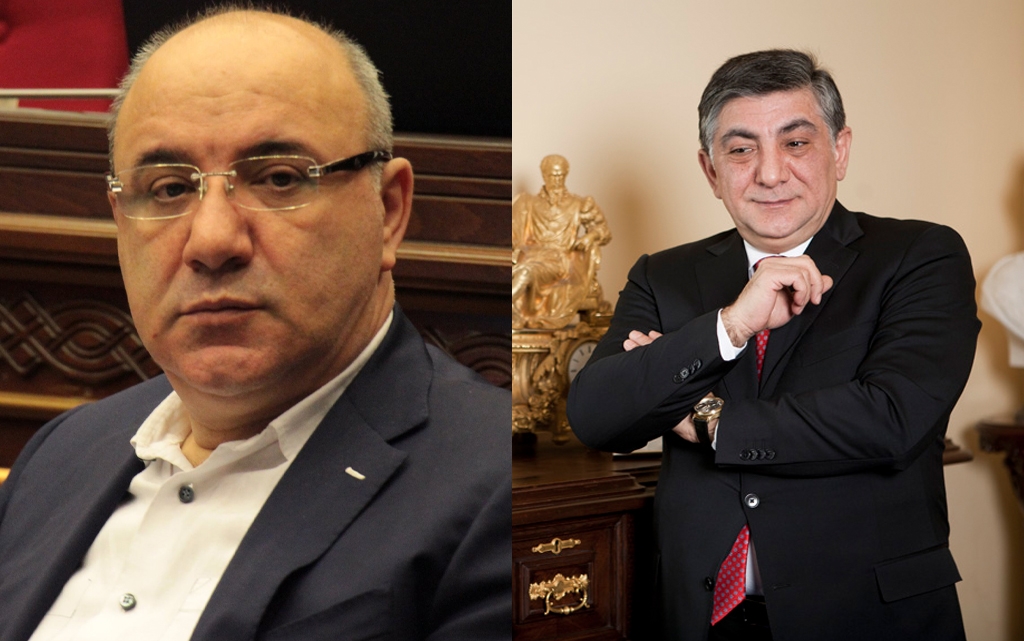 Political parties running in Armenia’s upcoming elections have released their lists of candidates, and nearly every major force caused some consternation with their representatives.

Gathering most attention was the list for Civil Contract, the party led by Acting Prime Minister Nikol Pashinyan, which polls show leading the race in the June 20 election despite his government’s deep loss in support following defeat in last year’s war with Azerbaijan. Some notable figures were missing, including the current deputy prime minister, Tigran Avinyan; Sasun Mikaelyan, the commander of the influential military veterans’ group Yerkrapah; and Hayk Marutyan, the mayor of Yerevan.

Avinyan’s absence was the most noteworthy given the prominent role he has played since Pashinyan took power in 2018. He posted on Facebook that he himself decided not to run, and that he remained a member of Civil Contract and encouraged followers to vote for them. “I will talk about the reasons behind me not being included on the list after the elections,” he wrote.

Instead, two men widely seen as oligarchs made it onto the Civil Contract list: Gurgen Arsenyan and Khachatur Sukiasyan. Arsenyan was an MP from 2000 to 2007: until 2003 as an independent and then as the head of the United Labor Party. He was among only a handful of businessmen who imported fuel to Armenia during that time, and also was involved in the tobacco business. His formal declarations of assets listed millions of dollars in cash.

Sukiasyan was known as one of Armenia’s “robber barons” in the 1990s; he owned hotels, restaurants, factories, and a bank, among other businesses.

Both men have been strong supporters of Pashinyan and his government, but including them on the list struck many as out of tune with the principles of Pashinyan’s “Velvet Revolution,” which promised to stamp out sleaze.

“The government is breaking its promise again,” said Edmon Marukyan, the leader of the Bright Armenia party, which is in parliament now but is not taking part in the upcoming elections. “There will be a setback to some of their achievements [of the government so far]. There is already talk that there will be election bribes and they will give money. People are already talking.”

“In yet another self-inflicted wound for beleaguered Armenian democracy, PM Pashinyan embraces and elevates legacy oligarchs; so much for separating business and politics,” wrote Richard Giragosian, the head of the Yerevan think tank Regional Studies Center, on Facebook.

But Civil Contract was not the only party offering surprises.

The “I have honor” alliance, led by the former ruling Republican Party of Armenia, is not being headed by Serzh Sargsyan, the chief of the party and the leader whom Pashinyan toppled in 2018. Instead it is being led by Artur Vanetsyan, the first head of the National Security Service under Pashinyan who since became a strong critic. Other prominent Republicans including Armen Ashotyan and Eduard Sharmazanov aren’t on the list either.

Instead, the list includes figures like Taguhi Tovmasyan, who was an MP in Pashinyan’s My Step coalition until she stepped down following the war. “Do you have honor?” wrote filmmaker and government critic Hovhannes Ishakhanyan on Facebook: “Taguhi Tovmasyan from the treasonous My Step is in the list, who took part in the seizure of the courts and voted for the anti-state, anti-constitutional bill to remove the judges of the Constitutional Court.”

Another controversial inclusion on the “I have honor” list is former Yerevan mayor Taron Margaryan, who fled the country following the Velvet Revolution amid corruption allegations and has been little seen since.

The “Armenia” alliance, led by former president Robert Kocharyan, also includes the Armenian Revolutionary Federation – Dashnaktsutyun party and Reborn Armenia, the party led by former governor of the Syunik province, Vahe Hakobyan. Their list also includes a former My Step candidate, Anna Grirgoryan, who became a member of parliament in January when another MP stepped down. She had been next on the list in the 2018 elections, meaning by law she was appointed to take that MP’s place, but immediately on reaching parliament she left the bloc. She is third on the “Armenia” list. Others on the list are less surprising, like former defense minister Seyran Ohanyan.

The fourth major contender, the Armenian National Congress, is led by its head, the first president of post-Soviet Armenia Levon Ter-Petrosian, and its list also includes mostly longtime party leaders.