The leaders of Armenia and Azerbaijan cited the coronavirus for missing the big event, but the real reasons appear to be crises at home. 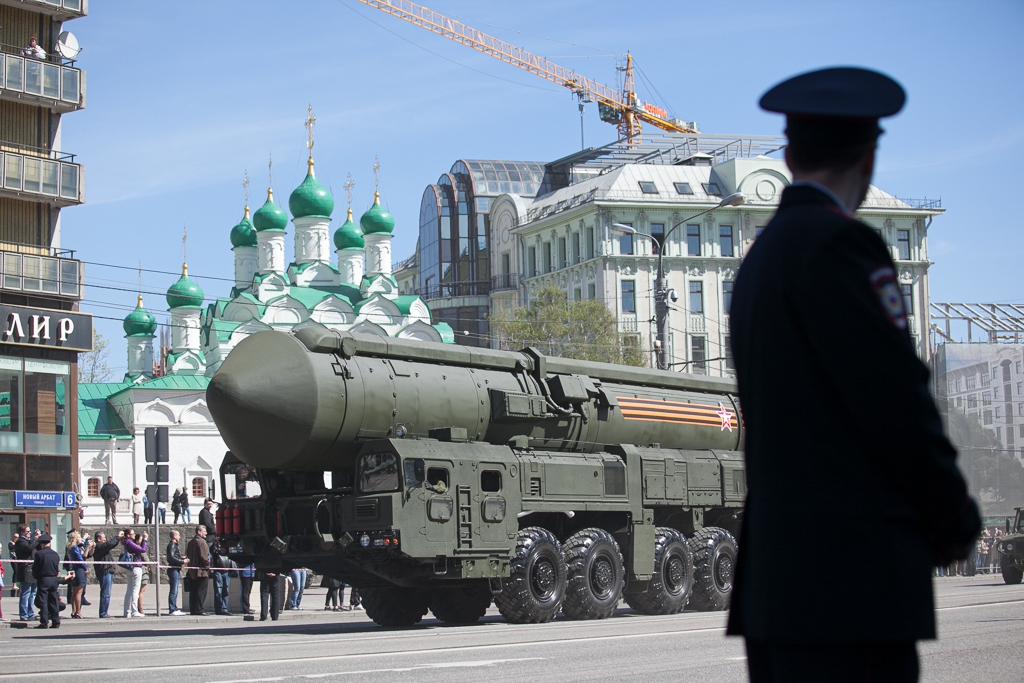 What Aliyev and Pashinyan are missing (David Trilling/file photo)

When the Russian government hosts a grand parade to mark the 75th anniversary of the Allied victory in World War II on June 24, the leaders of Armenia and Azerbaijan won’t be on hand to celebrate. Both men declined their invitations to Moscow at relatively late dates, as political crises – domestic and international – appear to have prevented both from making the journey.

Azerbaijan President Ilham Aliyev declined his invitation in a phone call to his Russian counterpart, Vladimir Putin, on June 18. The stated reason was “the extension of quarantine measures in Azerbaijan,” according to an account from Aliyev’s press service. But in the very same sentence the account noted that 75 Azerbaijani soldiers and the minister of defense would make the trip to Moscow; it was not explained why the quarantine prevented Aliyev from going but not these 76 other Azerbaijanis.

The next day, Armenian Prime Minister Nikol Pashinyan declined as well, in a letter to Putin. He, too, cited the “epidemiological situation” in Armenia for his inability to attend. And Armenia, too, will be sending its defense minister and 75 soldiers to take part in the parade.

In both cases, it appears that the real reasons for declining the invitation are not in fact related to the COVID-19 pandemic.

Aliyev had not said before June 18 whether or not he intended to go, but he had gone to a similar event in 2015, for the 70th anniversary, so it wouldn’t be unreasonable to expect him to make it for the 75th anniversary as well. But his hand was likely forced by a crisis on the Russia-Azerbaijan border in Dagestan involving hundreds of Azerbaijani labor migrants trying to return home after losing their jobs in Russia as a result of the coronavirus lockdown.

On the evening of June 15 some of the migrants, angry at the authorities’ refusal to let them cross the border, organized a protest which was violently broken up by Russian police. The videos of the event were widely shared on Azerbaijani social media and sparked outrage among Azerbaijanis, both at Russia for its harsh response and at their own government for refusing to let the migrants into the country.

Aliyev discussed the Dagestan events with Putin in the same phone call in which he declined the invitation, and several Azerbaijani analysts and officials surveyed by Eurasianet suggested that the two issues were related.

Pashinyan’s route to declining the invitation was a more circuitous one.

On June 1, he told Putin in a phone call that he hoped to be able to accept the invitation, in spite of just having been infected with coronavirus. He made a speedy recovery, however, and on June 9 his spokesperson confirmed that he would be making the trip to Moscow.

By June 19, however, he had changed his mind.

The coronavirus situation had not changed substantially in those 10 days, making Pashinyan’s stated pretext a bit suspect. What had changed, though, was the onset of a multi-pronged political crisis requiring the premier’s full attention and presence in Yerevan.

On June 14, the security services announced several criminal cases against Gagik Tsarukyan, the oligarch leader of Armenia’s largest opposition party. The ruling party faction in parliament then undertook a (possibly related) series of steps to amend the constitution and remove several judges from the country’s highest court who were thought to be loyal to the previous regime.

Tsarukyan had recently called for the government to resign, and Pashinyan may have suspected Moscow’s hand behind that move, said Benyamin Poghosyan, head of the Yerevan think tank Center for Political and Economic Strategic Studies. (Tsarukyan has long enjoyed cozy relations with Moscow.)

But given the escalating political crisis, Pashinyan may also have been “afraid that if he were out of the country this situation could spiral out of his control,” Poghosyan told Eurasianet.

The Russian newspaper Nezavisimaya Gazeta came to a similar conclusion, suggesting that “the serious internal political situation could also explain Pashinyan’s polite ‘no’ to Putin to come to Moscow for the Victory Parade.”

Aliyev and Pashinyan are far from the only leaders to skip the Moscow event, which was rescheduled from the traditional date marking Victory Day, May 9, because of the coronavirus lockdown then in effect in Russia. Among the most notable excuses: Croatian President Zoran Milanovich canceled on June 22 because “his plane broke down,” the Croatian embassy in Moscow reported.

As for the rest of the Caucasus and Central Asian countries, there was never a question of any representation from Georgia, which sees Russia as enemy number one. All of the Central Asian leaders are scheduled to attend, save Turkmenistan’s Gurbanguly Berdymukhamedov, who offered perhaps the best excuse of all.

Berdymukhamedov’s press service issued a readout of a June 19 phone call with Putin in which it was noted that the Turkmenistan president’s birthday was June 29 – that is, five days after the Moscow parade. “The Turkmen leader will turn 63 years old, that is, the age of the prophet Muhammad,” the press service noted. “According to national tradition, this date is celebrated together with the family, relatives and loved ones, along with the entire nation.”