The new government has an overwhelming mandate for change. But the prime minister’s fear of unpopularity has hamstrung his ambitious agenda. 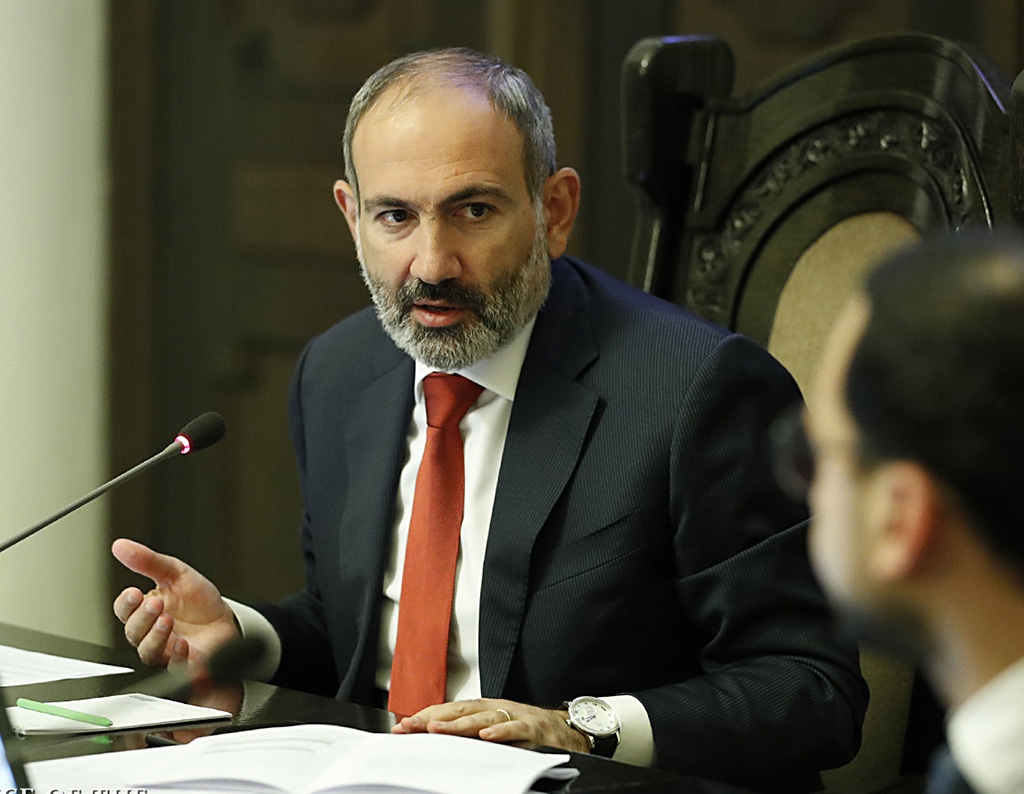 In August, Armenian Prime Minister Nikol Pashinyan announced that a long-debated gold mine project would, after much deliberation, go ahead. But following an outcry by environmentalists, Pashinyan two weeks later walked back the announcement, and the fate of the mine is still up in the air.

In July, the government announced that it intended to ratify the Istanbul Convention, an international agreement aimed at protecting women from domestic violence. But after social conservatives, including the influential church, vocally objected, the government quietly shelved ratification. Its fate, too, is unclear.

Despite coming to power last year on the wave of a self-styled “revolution,” Armenia’s new government has since then been surprisingly cautious in its policy-making. Government supporters complain that the new authorities appear unable to make decisive moves, while promised legislative reforms in the judiciary, taxation, and other spheres have come far more slowly than expected.

Pashinyan is likely the most popular leader in Armenia’s recent history, with Armenians from all walks of life responding enthusiastically to his promise to rid the country of the rot he inherited from a succession of corrupt, authoritarian governments. But that popular mandate is a double-edged sword, as Pashinyan has been reluctant to use it to implement potentially painful reforms.

“Most of all he is concerned about his popularity and a lot of the shortcomings that you see happen because of that preoccupation,” said one government ministry official, speaking to Eurasianet on condition of anonymity. “He gets cold feet about difficult issues that the public will not support.”

“This fear of making mistakes, the fear of losing popularity is very strong,” one NGO official who supports the new government told Eurasianet. “One of the biggest concerns that people have is that reforms are very slow. People voted for this government because of this revolutionary nature and people are waiting for dramatic changes to take place.”

Those dramatic changes, however, will inevitably require painful compromise. “For Nikol, you often hear this, it’s an ambition to be ‘first,’ ‘unprecedented,’ ‘never before me,’ to have this historical role,” the official added. “You can hear it in his speeches and the ways he addresses MPs. ‘We are the first, we’re unprecedented, there is no democracy like this in the world, the rest of the world should learn from us,’ and so on. This vanity is another incentive for gaining power. And that makes things difficult, because if you want reforms you need to do unpopular things, unfortunately.”

The paralysis is exacerbated by the top-heavy nature of Armenia’s new leadership. Pashinyan trusts only a small circle of allies, mostly those from his political party, Civil Contract, and those who were active in the protests that eventually brought him to power.

“The whole revolution was built around Pashinyan’s brand,” said one Western diplomat in Yerevan, speaking on condition of anonymity. “He’s very suspicious of those who didn’t march with him in the revolution and came on later. That impacts how much trust and communication there is between Pashinyan and some of his ministries.”

“His focus on his popularity does cause some cautiousness on his part,” the diplomat continued. “And not just on Pashinyan’s part, the people who work for him in the ministries and in his inner circle don’t necessarily feel empowered the way that they should to implement Pashinyan’s vision because they’re not always confident that they have direction from Pashinyan.”

One key example is judiciary reform. Entering office, Pashinyan placed a high priority on cleaning up the judicial system, filled with appointees from the former government, and on addressing the corruption and human rights violations committed by the former authorities. But that reform languished under Justice Minister Artak Zeynalian, who was an experienced and respected civil rights activist, but from another opposition party, Hanrapetutyun.

In the meantime, the government pushed for a series of high-profile trials against former senior officials, most notably ex-president Robert Kocharyan, billing them as anti-corruption measures. Those have been crowd-pleasing affairs but have done little to address the more systemic problems that the new government inherited.

In June, Zeynalian was replaced by Rustam Badasyan, a 28-year-old who had previously served as Pashinyan’s personal lawyer. Since then, observers have noted an invigoration in the ministry. On October 10, the Justice Ministry rolled out a broad program of judicial, electoral, and constitutional reforms, as well as the creation of a body to investigate human rights violations under previous governments.

But to many, the move came later than it should have.

“One of the biggest concerns that people have is that reforms are very slow. People voted for this government because of this revolutionary nature and people are waiting for dramatic changes to take place,” the NGO official said. “With this judicial reform, for example, it is lagging behind. They should have started it earlier, that’s for sure.”

The grumbling about the slow pace has been widespread. A May poll from the International Republican Institute found that more than 60 percent of Armenians thought that political and economic reforms should be undertaken “quickly,” and Pashinyan has been forced to respond to the criticism.

“My impression and opinion is that quick reforms mean failed reforms,” he said in June. “In the early ‘90s, several brilliant reforms of strategic significance failed, only because their authors decided and wanted to introduce them in Armenia very quickly. And these reforms till now have not been implemented and till now Armenia bears the heavy consequences of the failure of these reforms.”

But many characterize the slow pace as the result not of deliberation, but of paralysis. The question of the gold mine, Amulsar, and of the Istanbul Convention on domestic violence, have been the two most contentious issues among members of the new government and parliament, said one source involved in the deliberations who spoke to Eurasianet on condition of anonymity.

That contention is hidden because of a policy in the ruling My Step coalition in parliament to hold internal debates to determine the coalition’s position, and then to vote unanimously, the source said. “That’s why your interviews before the vote and your actual vote can be two separate things,” the source said. “People who just see the sessions [of parliament] when the vote takes place think that this is just another [former ruling] Republican Party, when the order came from above and they unanimously executed it. It’s not like that now but it definitely looks like that from the outside.”

But the behind-the-scenes debates have complicated the decision making on both Amulsar and the Istanbul Convention.

The Amulsar gold mine has long been one of the most vexing issues for the new government. Work on the mine was begun under the previous government, and there were irregularities in studies showing it would not harm the environment. When Pashinyan came to power, he faced pressure from grassroots activists to reexamine the environmental impact. But Pashinyan also has made attracting foreign investment key to reviving Armenia’s economy, and backing out of the project – carried out by a company based in the U.S. and registered in the UK – would send a bad signal to other potential investors.

“The Amulsar issue was carefully reviewed by My Step experts, economists and lawyers,” the ministry official said. “Some people were very against mining, others were afraid of the obvious – that it would hurt investment.”

Pashinyan announced on August 19, via a Facebook video, that a long-awaited environmental report indicated that “the mine should be exploited.” But many Pashinyan allies, including government officials, publicly objected that his reading of the report was too optimistic and the prime minister two weeks later walked back the approval, asking the Environment Ministry to gather more data.

The Istanbul Convention has posed a similar dilemma: Many of the new senior officials support ratifying the agreement, as do Armenia’s partners in the West. But some of the convention’s provisions, such as a statement that gender is socially constructed and a requirement to implement the convention’s ideas in the education system, have given ammunition to opponents who seek to turn the country’s socially conservative population against it.

While the Convention was signed by the previous government, Pashinyan’s government publicly said it intended to work with parliament to complete ratification. But after pushback, including from the influential church, the My Step coalition decided to hold off.

“Is this the time, and is this an issue of primary importance right now?” asked the source close to the deliberations, paraphrasing the dominant thinking in parliament. “What would be the price of ratification? The ratings might fall drastically. That’s a concern. … Pashinyan’s position is that it is too soon to move on this.” Ratification will be taken up again next spring, “in the best-case scenario,” the source added.

But the source said some in the government disagree with those calculations: “We can’t just keep doing only reforms that please the majority of people and get praised for them. We have international obligations.”