The Armenian prime minister took aim at his predecessor’s influential son-in-law, who is rumored to have political aspirations. 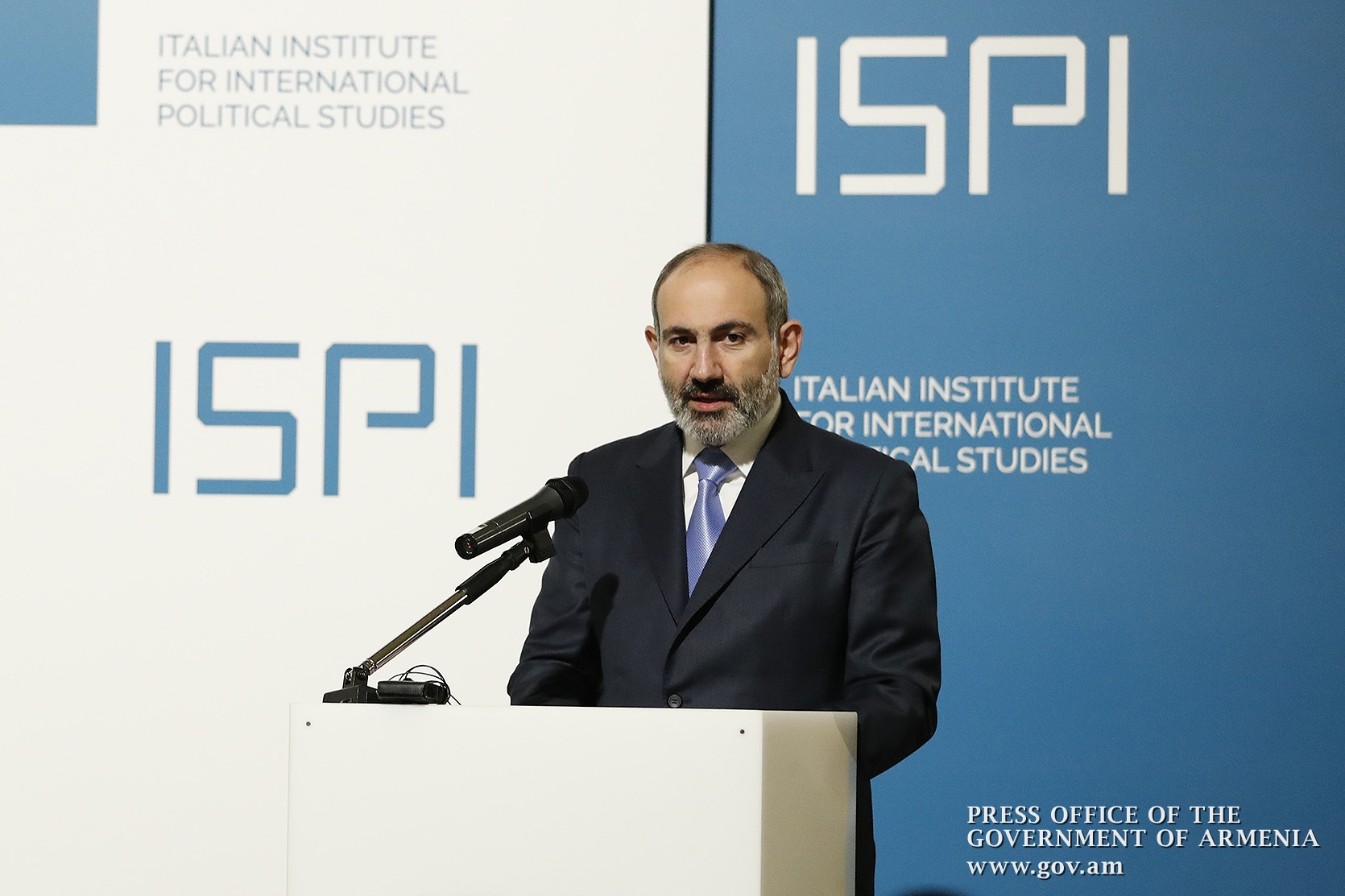 Armenian Prime Minister Nikol Pashinyan issued a thinly veiled threat to the influential son-in-law of his predecessor Serzh Sargsyan, as Sargsyan himself gave his most extensive criticism to date of Pashinyan’s rule.

The two leaders, current and former, both gave speeches in Western Europe on the same day, and each took the opportunity to take shots at the other.

Pashinyan, speaking at an Armenian church in Milan on November 20, made the biggest news in the Q-and-A afterwards when a member of the audience asked a contentious question about Pashinyan’s promotion of “hate speech” and accused him of not having a strategy for Armenia’s conflict with Azerbaijan.

“All the best-known corrupt individuals are now hiding in Italy, and let nobody hope that they will sneak out,” Pashinyan shot back. “The hand of Armenian justice will reach them.”

It was an obvious reference to Mikayel Minasyan, Sargsyan’s son-in-law who was Armenia’s ambassador to the Vatican from 2013-18 and who is widely believed still to be living in Italy.

“I don’t know if they are hiding in Vatican basements,” Pashinyan continued. “We will grab them by the neck, drag them out and take them to courts. They must return every stolen penny to the people.”

Minasyan was a media magnate who once owned many of Armenia’s biggest publications and networks, though after Pashinyan came to power last year he sold them off to associates. Minasyan has been a particularly vocal critic of the new authorities in recent months, fueling speculation that he may have political aspirations.

He evidently saw himself as the subject of Pashinyan’s threats, responding via Facebook that Pashinyan came to power as a “savior.”

“We all need to understand one simple truth,” Minasyan wrote. “No matter how emotional we are, we will not have a good country as long as we wait for or choose saviors. Because it is not saviors who build the country, establish institutions.” Armenia needs “a person capable of being accountable for his words, actions, decisions, and the country,” he added.

Sargsyan, meanwhile, having recently emerged from near-total seclusion, gave his most extensive comments to date since stepping down last year. He gave a speech in Zagreb at the European People’s Party congress in Zagreb, and criticized Pashinyan.

“There are dangerous developments jeopardizing democracy in the country,” he said. “Political persecution is underway. Aggressive actions against opposition media and activists, intolerance and hate speech have become regular occurrences, reaching alarming dimensions.”

Sargsyan suggested, improbably, that he had support in Armenia, saying that he “left last year in order for my people to attempt building a yet better state but today the voices of those who blame me for yielding power to populists have become more prominent.”

Nevertheless, Sargsyan encouraged European countries to deepen their ties with Armenia and to ratify an Armenia-EU agreement.