Armenia’s election campaign gets testy as the prime minister takes aim at the leadership in the Armenia-backed de facto Karabakh government. 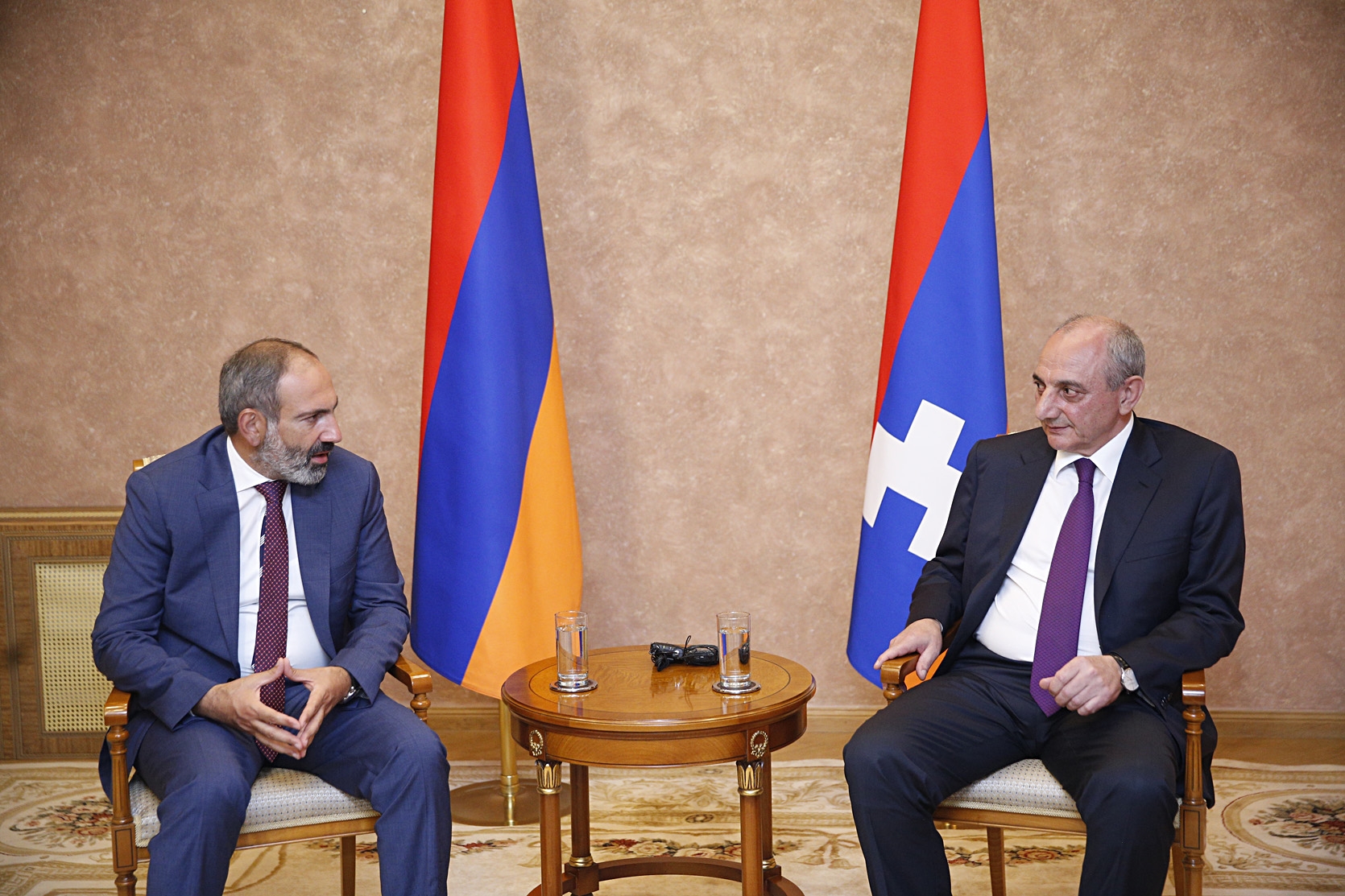 Prime Minister of Armenia Nikol Pashinyan has clashed with senior officials in the de facto leadership of Nagorno Karabakh, an unusual breach between the two closely tied entities.

The squabbling started when a candidate for parliament in Pashinyan’s My Step alliance, Sasun Mikaelyan, said at a November 26 campaign rally that “the success of the people’s protests this spring was more important than the Artsakh liberation war.” (Artsakh is the Armenian word for Nagorno Karabakh.) That amounted to heresy in many circles in Armenia, where the military victory over Azerbaijan in Karabakh is glorified as the nation’s finest hour, and it elicited strong reactions.

Senor Hasratyan, spokesman for the de facto Karabakh defense ministry, accused Mikaelyan (himself a Karabakh war veteran) of “having a desire to speak and nothing to say” and criticized the attempt to diminish “the heroic battle of our thousands of martyrs.”

Pashinyan himself joined the fray the following day; at a pre-election rally in Alaverdi, he said that he was the only leader of Armenia whose son has served in the military in Karabakh, and took an additional shot at the Karabakh leadership, claiming that even their children didn’t serve in the armed forces there.

Davit Babayan, the spokesman for the de facto Karabakh leader, then hit back at those claims: “For example, the son of Artsakh President Bako Sahakyan has served in the army, the son of former President Arkady Ghukasyan has also served, and the two sons of the Defense Army Commander served, too.”

Karen Ohanjanyan, a well-known activist and politician from Karabakh, also criticized Pashinyan. “No Armenian leader, no official has ever allowed himself to manifest such ungrounded public actions against the elected representatives by the Artsakh people,” Ohanjanyan wrote on his Facebook page: “I express the opinion of most of the people of Artsakh who are indignant with your behavior and demand from you to know your place and where your powers end.”

Pashinyan escalated the verbal battle two days later, complaining at a rally in the city of Chambarak that: “The actions of the representatives of the Nagorno Karabakh authorities in recent days is incomprehensible,” he said. “Why are they making these comments and trying to interfere in some way during the election campaign of Armenia?”

He also directly addressed the the de facto leader of Karabakh, Bako Sahakyan. “I urge Mr. Sahakyan to berate the representatives of his government and make them do their jobs. His spokesperson gives a comment on what I have said on daily basis. Can you imagine if my spokesperson commented on the known and unknown events that occur in Karabakh every day?” Pashinyan said.

Eventually the Karabakh authorities appeared to try to tamp down the controversy. On November 30, a senior Sahakyan adviser, Arayik Harutyunyan, issued a statement supporting Pashinyan. “Pashinyan has always been caring about Artsakh over the last few months, supporting the efforts of the Artsakh authorities aimed at increasing the level of defense and economic development. Having full knowledge of the major economic projects in Artsakh, which will ensure the high development of the Artsakh economy, the Armenian government has literally done everything to support the implementation of those projects.”

Pashinyan, too, appeared to try to put the conflict behind him. “Today we are being accused of plotting against Artsakh,” he said at a December 3 campaign event in Ararat. “When you make accusations of this degree” it required a forceful response, he said. “The people [who made these accusations] should answer for them.”

Armenian foreign policy analyst Hovhannes Nikoghosyan (and one-time spokesman for former president Serzh Sargsyan) complained that Pashinyan and the Karabakh authorities shouldn’t be publicly airing their conflicts. “[T]hese guys, on all sides, had to stop this 'at the water's edge,'" he tweeted. (Indeed, the Azerbaijani press covered the spat eagerly.) “Good that this story ends,” he added after Harutyunyan’s statement.

Tigran Grigoryan, an opposition analyst and activist in Karabakh, blamed the authorities there for a months-long “smear campaign” against Pashinyan, which forced him to respond. He suggested that the new government intended to replace many of the Karabakh “siloviki,” or security officials, leading them to carry out the black PR campaign. “It's obvious that these generals do not stand a single chance of staying in office after the parliamentary elections in Armenia,” Grigoryan tweeted. “Moreover, many of them may also face corruption charges in the near future.”