The move disappointed many Armenians, who see the ongoing protests in Belarus as an echo of their own Velvet Revolution two years ago. 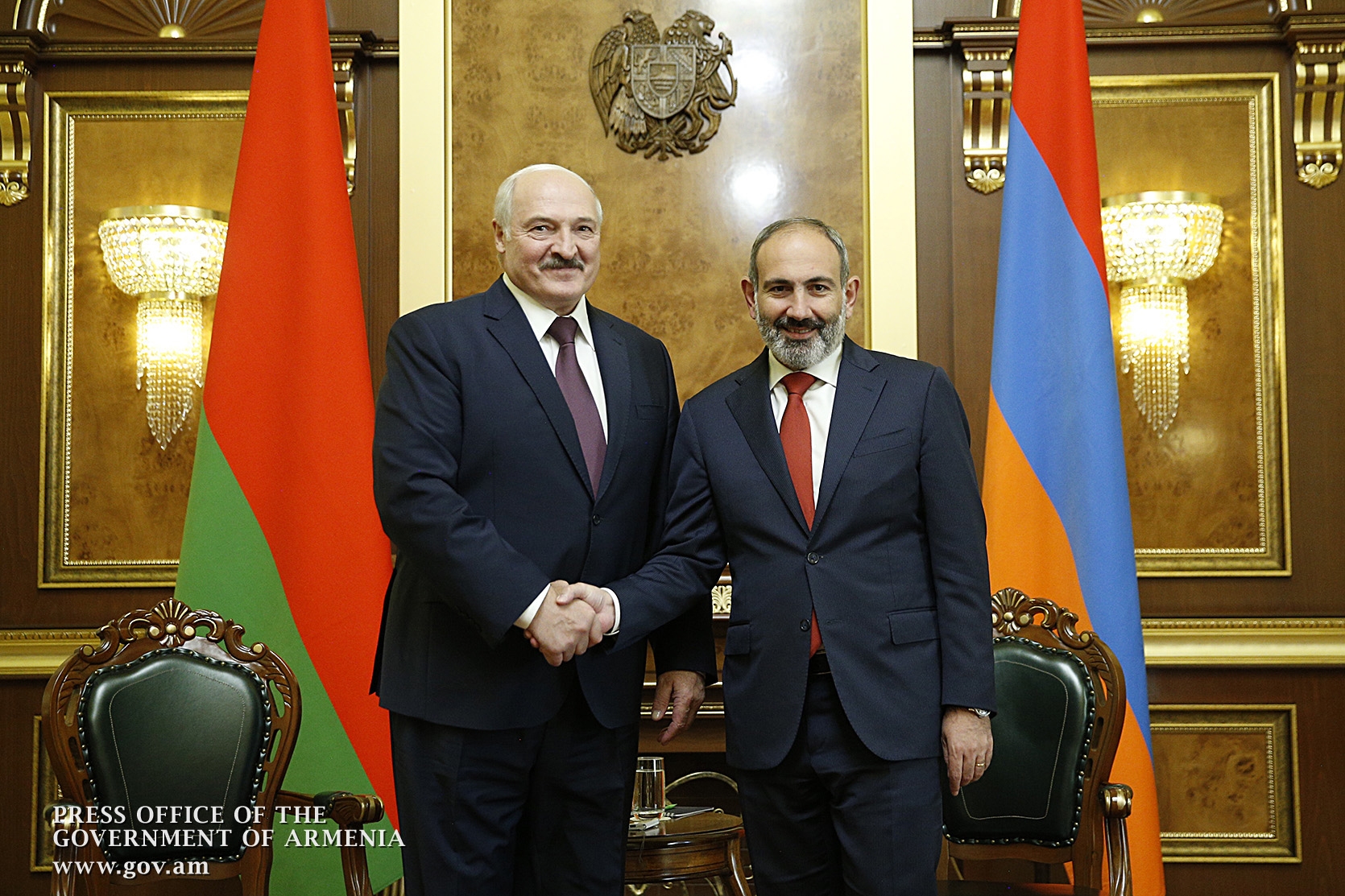 Armenian Prime Minister Nikol Pashinyan, who gained power on the back of street protests against a leader who overstayed his time in office, has congratulated Belarusian President Alexander Lukashenko following deeply contested elections and resulting protests in Belarus.

“Dear Alexander Grigoryevich, Congratulations on your being re-elected as President of the Republic of Belarus,” Pashinyan wrote, in a letter published on his website. “I avail myself of this opportunity to wish you robust health, as well as peace and prosperity.”

Lukashenko, who has been in power for 26 years, claims to have won August 9 elections with 80 percent of the vote. Many Belarusians, however, believe that he stole the vote from opposition candidate Svetlana Tikhanovskaya and have flooded the streets of Minsk and other cities around the country in the face of a violent police crackdown. The unprecedented events have riveted much of the post-Soviet world, including Armenia.

Pashinyan was far from alone in the post-Soviet space: presidents in Central Asia and Armenia’s neighbor Azerbaijan offered their congratulations earlier. But many of those leaders – also autocrats who fear popular protests – have obvious reasons to side with Lukashenko. Given Pashinyan’s own history, leading what he called the “Velvet Revolution” in 2018, and his democratic image, many Armenians hoped he would be different.

The move “totally validates all of the people who say that the Velvet Revolution changed nothing in Armenia and that Armenia is Russia's backyard,” added digital media analyst Zarine Kharazyan.

Pashinyan and Armenia generally have been put in a difficult position by the events in Belarus, which is nominally a treaty ally via the Collective Security Treaty Organization (CSTO) and an economic partner in the Eurasian Economic Union (EAEU). Both organizations are effectively led by Russia, and President Vladimir Putin also blessed Lukashenko’s controversial victory.

Still, it’s not clear why those paper alliances would force Pashinyan to toe Lukashenko’s line, as relations between Yerevan and Minsk have been consistently rocky.

Even before Pashinyan came to power, Belarus’s arms sales to Azerbaijan were a regular source of conflict. Following the Velvet Revolution things got no better; the two countries sparred over who would be the next leader of the CSTO and in November 2018 a Belarusian foreign ministry spokesperson complained that “Perhaps, Mr. Pashinyan has not realized that the rules of the so-called street democracy are unacceptable in big politics. It’s a pity. We hope that it will go away with time.”

In a pre-election ad, Lukashenko’s campaign even cited Armenia as a negative example of a “color revolution” that he would prevent for the sake of Belarus’s stability. The mention of Armenia in the ad is accompanied by images of protesters and police clashing; it’s not clear where the footage is from but it wasn’t from Armenia in 2018, which took place without any such violence.