A long-awaited report said the mine's environmental impact would be manageable, but many environmental activists are not convinced. 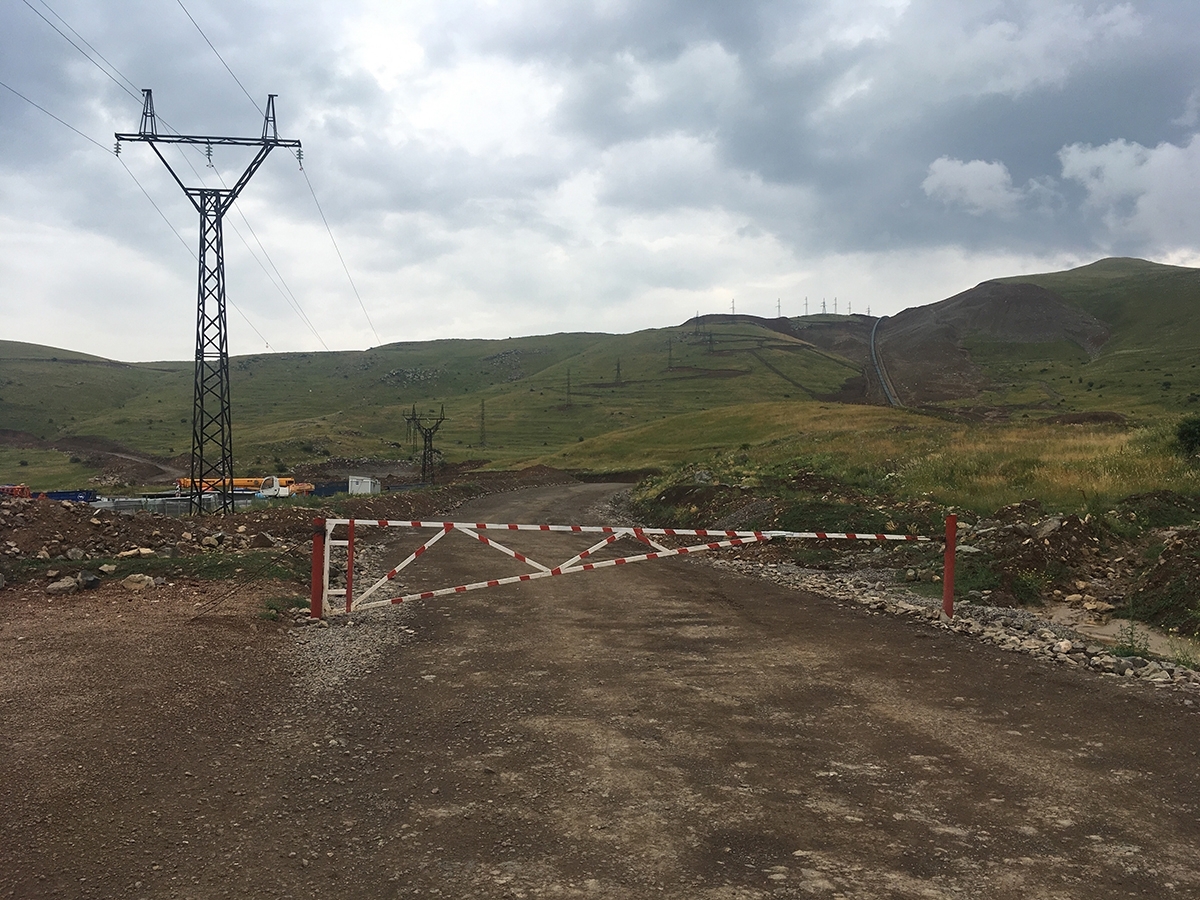 The site of the proposed Amulsar gold mine project, which has been suspended since last year. A new report appears to give the green light for work to continue. (photo: Bradley Jardine)

Armenian Prime Minister Nikol Pashinyan has given the go-ahead for a controversial gold mine project to proceed after a long-awaited report that said the environmental risks would be manageable.

“At this moment the mine should be exploited,” Pashinyan said in a Facebook live broadcast late in the evening of August 19. "Amulsar will be operating to very high environmental standards, unprecedented for Armenia.” The impact to groundwater resources would be as small as "washing a car on the beach," he said.

The announcement came the same day as protesters blocked Armenia’s parliament and presidential palace to demand that the government not proceed with a controversial gold mining project, following the August 14 release of a report commissioned by Armenia’s Investigative Committee and carried out by the Lebanese firm ELARD. The report concluded that, contrary to locals’ and environmental activists’ fears, the mine would not damage the local ecology, in particular the groundwater. Jermuk is home to Armenia’s iconic mineral water brand, and nearby reservoirs and rivers are connected with the country’s largest water source, Lake Sevan.

“Amulsar will not become a mine,” chanted the protesters, who had come on August 19 from the southern Armenian city of Jermuk, near the proposed mine. Some protesters clashed with police, and six were detained.

“Groundwater flow and contaminant transport pathways between the Project Area and the Jermuk thermal springs do not exist. Due to the hydraulic and physical setting, the mine water will not impact Jermuk springs,” the report said.

The mine has been one of the new government’s key challenges since coming to power last year. It has pitted grassroots activists, of the type that were instrumental in bringing Prime Minister Nikol Pashinyan to power, against proponents of the project – including Western embassies and investors – who promise that it will provide the kind of jobs that Pashinyan has promised.

After protests against the mine last year, which resulted in work being suspended, Pashinyan promised an independent audit that would allow the project to be assessed based on “facts rather than emotion.” Previous environmental impact reports had been tainted by their ties to Lydian, the company that is building the mine. Following the release of the ELARD report Lydian issued a statement saying that it was “pleased” that it came to most of the same conclusions as previous reports, but took issue with some of the risks that the company identified, such as the mine’s vulnerability in the case of an earthquake.

Following the August 19 protests, Pashinyan met with some of the activists behind closed doors; some activists reported that they were disappointed with what they heard. Anna Shahnazaryan, an activist who left the meeting early, told reporters that “Pashinyan is distorting the report by saying it will have no impact on Sevan. In the report, it concluded that the inspections done before by Lydian are not complete and include risks.”

Pashinyan also held meetings with members of parliament from his My Step alliance to discuss the report and the future of the project. Following the meeting, one MP, Varazdat Karapetyan, said the report’s conclusion contained many “problematic” findings. “As long as these problems exist we shouldn’t allow mining,” he told reporters.

Pashinyan, however, disagreed. He said he was satisfied with the conclusion of the report. “Jermuk and Lake Sevan are part of our national heritage,” he said in his Facebook broadcast. “I am not prepared to risk losing either of them at any cost.”

Before the report’s release, Lydian threatened that if the government were to pull out of the project it would sue for damages. Some have suggested the damages sought would be up to $2 billion. Pashinyan said in response that “there is no need to be afraid” of the potential litigation and that the government only intended to clarify whether or not there would be environmental risks. “We employed a high-ranking international organization to assess the risk, if the conclusion is negative then the project will be completely shut down. If the risks are not big and manageable, it will continue.”

This story has been updated to reflect new developments.