The new Armenian PM reiterated that he won't make any geopolitical shifts, but tried to impress Western leaders with his democratic credentials. 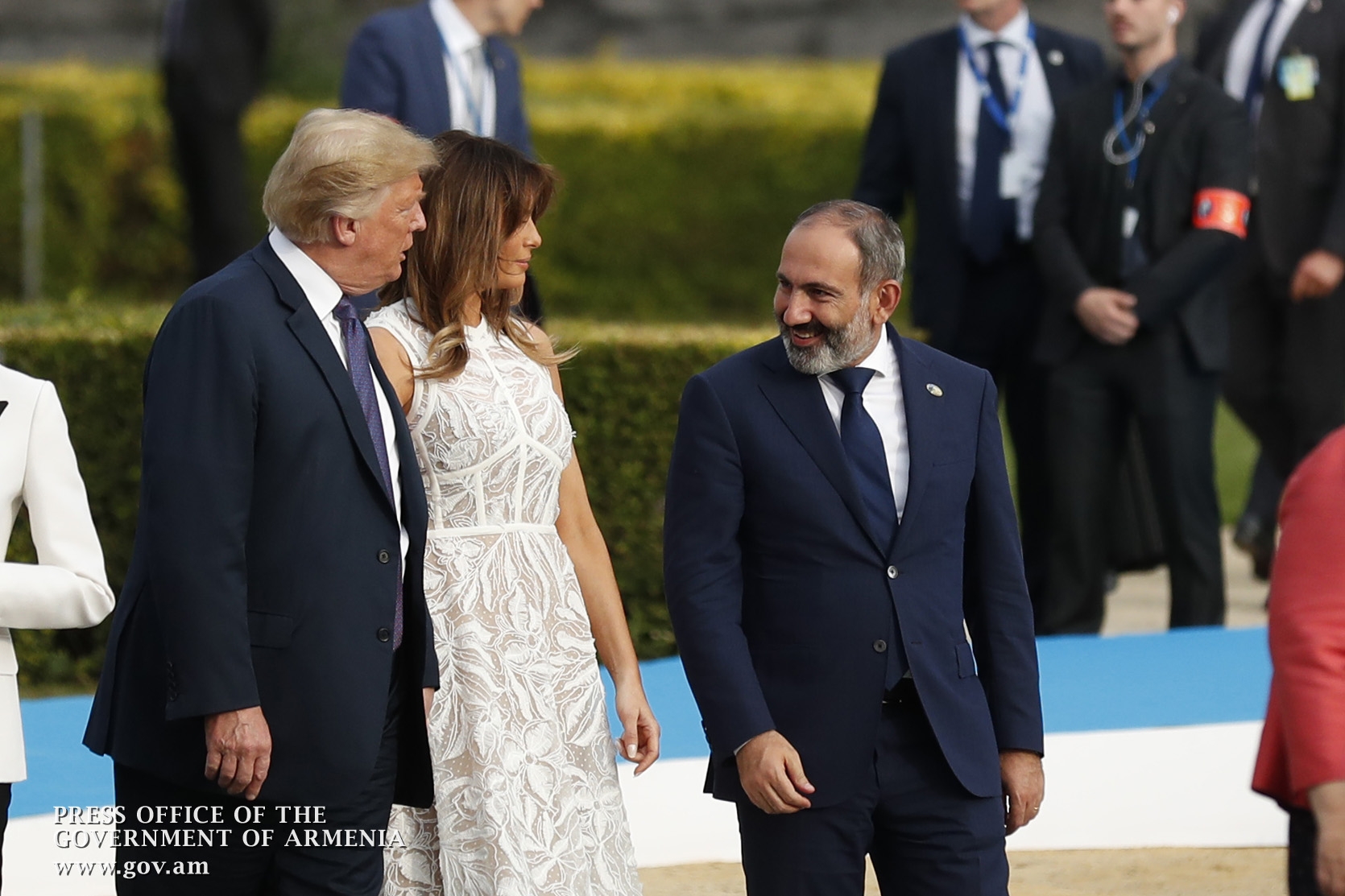 Pashinyan's visit to the NATO summit, held in Brussels on July 11 and 12, was being closely watched due to his geopolitically delicate balancing act: dependent on support from Russia but clearly more sympathetic to the West.

That Pashinyan went to the summit itself wasn't geopolitically noteworthy – Pashinyan's predecessor, Serzh Sargsyan, also was a regular visitor to NATO summits. And Azerbaijani President Ilham Aliyev, also a regular, was in Brussels as well, albeit at somewhat of a lower profile. (That didn't stop the Russian Eurasianist news site Tsargrad from trying to stir things up ahead of the summit, with a piece headlined: “Who is a friend, and who not so much: Pashinyan is going to the NATO summit, Aliyev declined.” They turned out to be wrong about Aliyev.)

Armenia has no prospect of joining NATO, but does have a partnership agreement with the EU, signed in the last months of the Sargsyan presidency. Its ties to Russia are much stronger: It is a member of the Collective Security Treaty Organization and the Eurasian Economic Union, the Russia-led security and economic blocs, respectively.

Nevertheless, Pashinyan made some telling remarks during his time spent with the leaders of the West, suggesting he wants Armenia to be treated as part of their team now that Armenia is on the road to democracy.

On security issues, he presented Armenia's conflict with Azerbaijan as one between democracy and authoritarianism.

“Unfortunately, I saw rising tensions on Nagorno-Karabakh’s borders and along the Armenian-Azerbaijani border immediately after taking over as prime minister,” Pashinyan said at a meeting with Latvian President Raimonds Vejonis, RFE/RL reported. “I want to stress that any Azerbaijani attack on Armenia would also be an attack on democracy.”

At meetings with EU officials on the NATO summit sidelines, Pashinyan also said he expected economic support from the West in the wake of his rise to power, after he toppled Sargsyan in a wave of street protests.

“In essence, after the revolution there were very warm statements [of support for the new Armenian leadership], but there has been no policy change,” he told reporters. “Frankly, I made it clear to our partners that this is not quite understandable and acceptable … We specifically expect more concrete and greater assistance.”

Russia has maintained an uncharacteristically soft touch with Pashinyan and his “revolution,” in an apparent understanding that playing tough would backfire, as it has in Ukraine and Georgia. But there are signs that the Kremlin may be trying to cause trouble discreetly, with the recent visit of several prominent Russians to Azerbaijan earlier this month, where they offered a strong show of support.

“To withstand that [Russian pressure], Armenia should deepen its ties with Western partner countries and structures,” wrote Armenian commentator Garnik Gevorgyan ahead of the summit. “The way to counter the Russian-Azerbaijani threat is Western political support, and also a security guarantee which, we hope, will be a topic of discussion during Pashinyan's visit to Brussels.”

It's not clear if that was in fact a topic of discussion – if so, everyone was wise to not mention it in public – and Pashinyan repeatedly reiterated that he did not intend to make any geopolitical moves. “We will stay a close ally of Russia and we hope to develop our relations with Russia – but with NATO and Western countries and European Unions and United States as well. So we aren’t going to make a U-turn in our foreign policy,” he said in an interview with Euronews.

Whatever their merit, Pashinyan's appeals to democratic values seem a bit of a throwback to the 1990s or 2000s, when Western leaders at least made more of a show of caring about the types of governments they worked with. As the world trends in a more realpolitik direction, it may not matter much if Armenia is a democracy or not.

Pashinyan was photographed in an exchange with U.S. President Donald Trump – one of the leaders of the new international amorality – but it wasn't reported what they talked about.

Many of the Western leaders were clearly impressed with Pashinyan, though.

“What happened in Armenia was very European,” said Donald Tusk, president of the European Council, at least according to a statement from Pashinyan's office. “You can count on European Union support on the road to reforms.”

But Olesya Vartanyan, a Tbilisi-based analyst at the International Crisis Group, said Pashinyan may be expecting too much from Europe, at least yet. “I think Pashinyan is too fast in his conclusions, and this might be a mistake,” she said in a tweet. She cited a European diplomat in Yerevan as telling her: “The world continues spinning while new leadership still hasn't presented a program for any outsider to support.”

“So why frustration with Brussels?” Vartanyan concluded.