The dispute between Armenia and Belarus – along with its other post-Soviet allies – risks leaving Yerevan geopolitically exposed. 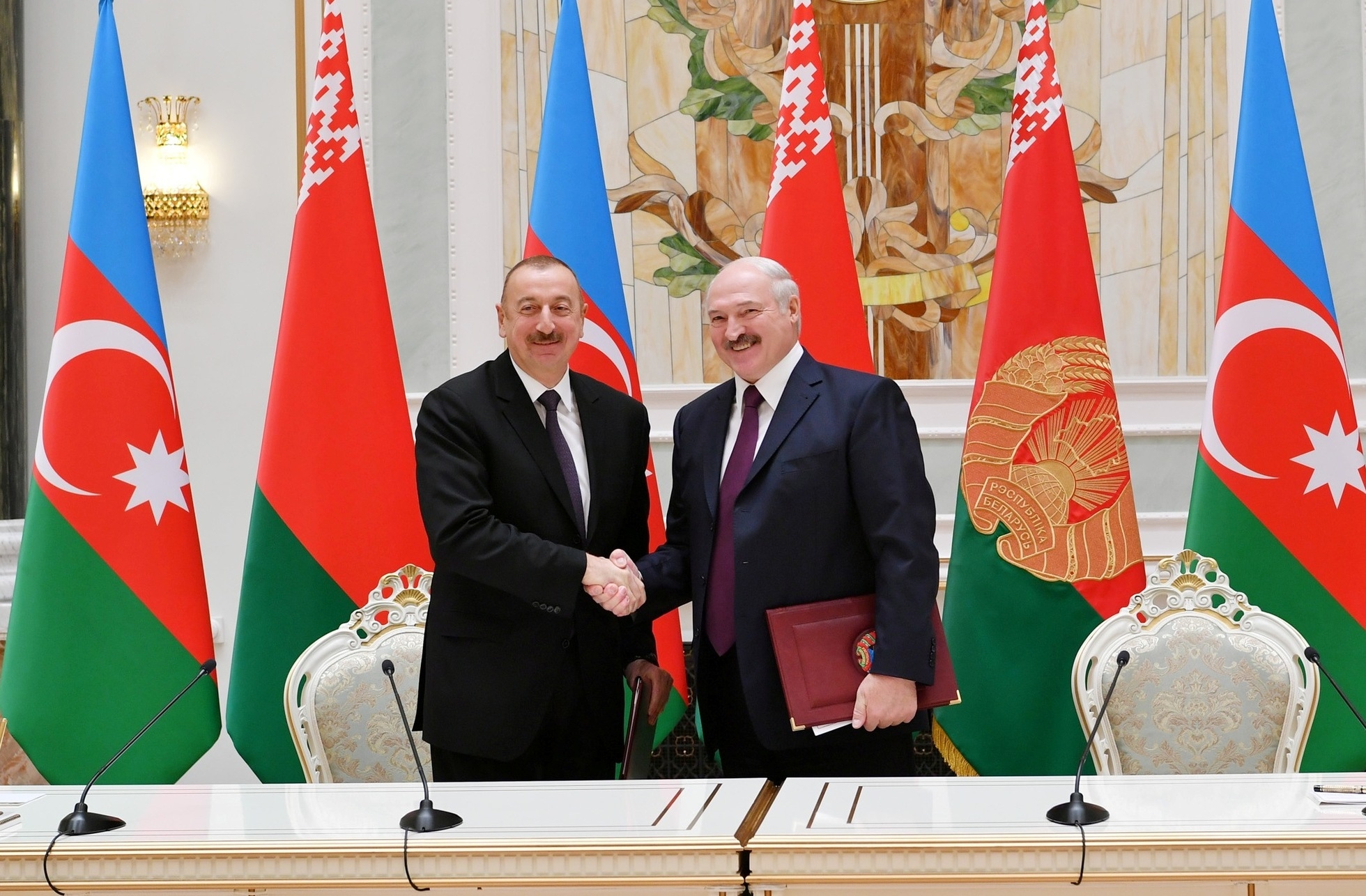 Long-running tensions between Yerevan and Minsk have broken into the open in recent days after Belarusian President Alexander Lukashenko criticized Armenia for trying to bring “street politics” into international diplomacy while warmly hosting Ilham Aliyev, the president of Armenia’s foe, Azerbaijan.

Armenian Prime Minister Nikol Pashinyan, in response, has taken a defiant tone and vowed that Armenia would become more assertive with its nominal allies. But the clash threatens to undermine Armenia’s delicate geopolitical balancing act and has exposed how few cards Yerevan has to play in the international arena.

The origin of this round of clashes was the recent summit of the Collective Security Treaty Organization (CSTO), a Russia-led political-military bloc, in Astana. There, Lukashenko and his Kazakhstan counterpart, Nursultan Nazarbayev, moved to deprive Armenia of its leadership in the CSTO. The most recent secretary general, the Armenian Yuri Khachaturov, is being investigated by Armenia’s new authorities as part of a wide-ranging investigation into the crackdown on protests against fraudulent elections in 2008.

Yerevan formally recalled Khachaturov at the beginning of November, opening up a debate on whether Armenia would get to pick a replacement to finish Khachaturov’s term (which had been scheduled to expire in 2020) or whether the leadership post would move to the next in line alphabetically: Belarus.

After the summit, the clash intensified. After Pashinyan criticized Nazarbayev for openly calling for a Belarusian replacement in the CSTO, a spokesperson for Belarus’s Foreign Ministry hit back with a statement that betrayed the unease that many in the CSTO – in large part a club of autocrats – feel about Pashinyan’s rise to power on the back of massive popular protests this spring.

“In interstate relations there are clear rules of protocol and etiquette,” the spokesperson said. “Perhaps, Mr. Pashinyan has not realized that the rules of the so-called street democracy are unacceptable in big politics. It’s a pity. We hope that it will go away with time.”

Exacerbating the situation was the fact that Aliyev visited Minsk shortly after the summit. During the visit, Aliyev and Lukashenko reportedly discussed the CSTO summit and Azerbaijan and Belarus signed agreements that included a deal for Azerbaijan to buy more weapons from Belarus.

“In the shortest possible time it will be transformed into a contract to purchase another consignment of military equipment from Belarus,” Aliyev said following his meeting with Lukashenko. “It is no coincidence that military technical cooperation between our countries has a long history. It is characterized by big volumes and a good trend towards expansion.”

“Imagine if I invite an ambassador of a country that is not a CSTO member state and tell him about the behind closed-doors session. That’s a closed-door session of a military-political bloc, where the heads of member states hold discussions. If the session is behind closed doors, it means that it’s a classified conversation between allies,” Pashinyan told reporters on November 17. “I am shocked that a person who has been a head of state for about 30 years behaves like this. Of course, I have to demand explanations from the president of Belarus, and not only from the president of Belarus,” he said, an apparent reference to Nazarbayev.

Pashinyan also noted that Aliyev had earlier this year said that Azerbaijanis should “return” to Yerevan, which he identified as “historical Azerbaijani lands.” Many in Armenia saw that as a military threat to Armenia (this was likely a bad-faith misinterpretation, but Aliyev’s long history of aggressive rhetoric leaves him little benefit of the doubt). Azerbaijan “announced that it will capture the capital city of Armenia,” Pashinyan continued. “Are you selling weapons to them so that they capture our capital city?”

At another press conference on November 20, Pashinyan reiterated those complaints and suggested that under his leadership, Armenia won’t be pushed around any more. “I think that all international partners should remember that their relations with Armenia will no longer be the same as what they are accustomed to,” he said. “We will not be a silent listener.”

Armenia has in fact had a long-standing feud with Belarus in the CSTO. In 2017, after Belarus extradited a Russian-Israeli travel blogger to Azerbaijan because he had visited the disputed territory of Nagorno-Karabakh, members of the then-ruling Republican Party of Armenia proposed kicking Belarus out of the CSTO.

In 2016, then-president Serzh Sargsyan complained publicly that his CSTO allies were more sympathetic to Azerbaijan than to Armenia: "Every time that Azerbaijan's armed forces use small arms fire of all calibers, mortars and artillery against the Republic of Armenia, they are firing at Astana, Dushanbe, and Bishkek, at Moscow and Minsk.”

The problem then, as now, is that Armenia has few other options. The CSTO has long been little more than a tool for Russia to pretend that it has allies, and in exchange for that minor boost in prestige, it gives a security guarantee and military aid (in the form of discounted weapons) to the other members. For Armenia, those discounted weapons and the security guarantee (as unreliable as it may be) have been essential factors in restraining Azerbaijan from taking back Nagorno-Karabakh by force. In an interview last month, outgoing U.S. ambassador to Yerevan Richard Mills said that Armenia’s close relations with Russia were “probably cemented in the early 1990s when the decision was made to engage in a military approach to NK,” or Nagorno-Karabakh.

Meanwhile, Armenia gets basically nothing from the other CSTO members, but they also get nothing from Armenia. From Azerbaijan, though, the CSTO members (not least, Russia) get the prospect of a rich arms market. It’s not clear how Pashinyan intends to change this calculus, but there appears to be a rocky road ahead.