The new prime minister says that now that Armenians have a government which represents them, they should issue their complaints in writing. Many aren't listening. 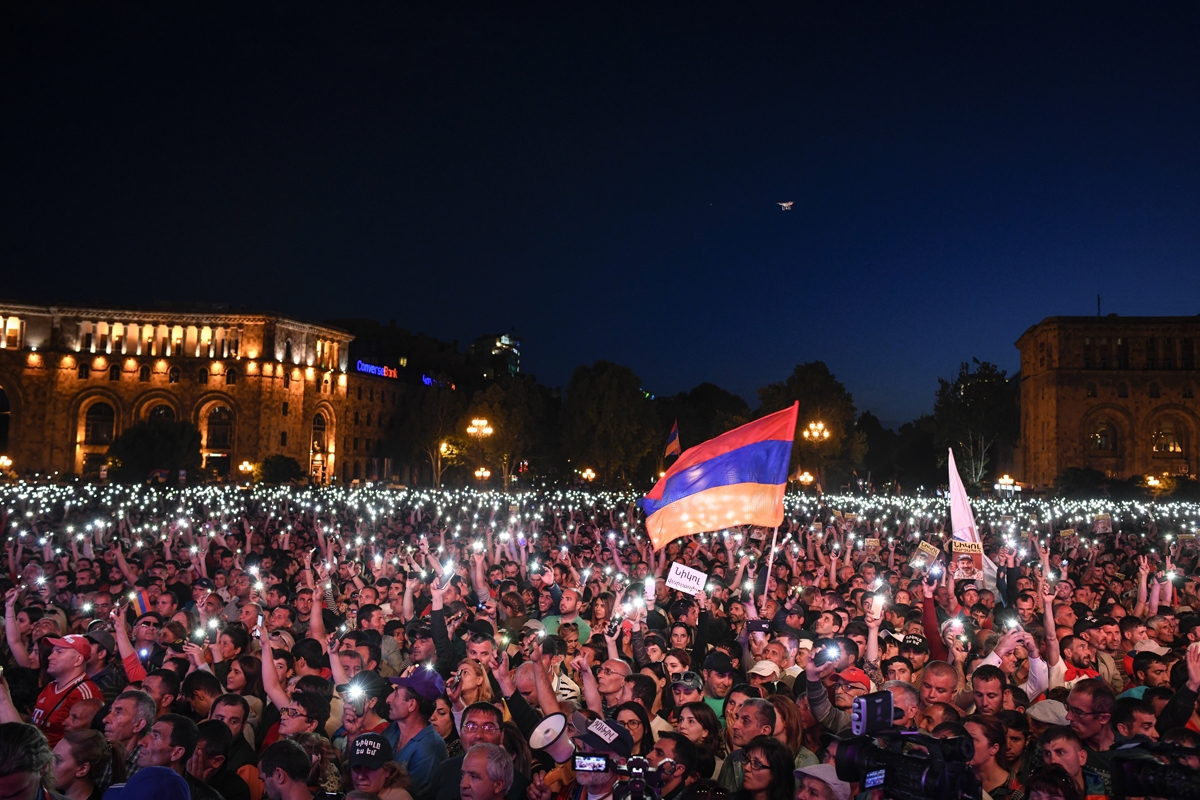 Armenian Prime Minister Nikol Pashinyan rode into office on a wave of popular protests. But now that he's in office, he says, Armenians need to stop protesting.

Since Pashinyan was elected on May 8, there have been a variety of street protests demanding the new government take immediate action on a number of issues: firing the unpopular mayor of Yerevan, releasing hardline opponents of the old regime from prison, dealing with a gold mine responsible for heavy pollution.

They need to stop, Pashinyan said. “I call on and demand to stop all actions of civil disobedience without exception and cooperate with the government on all existing problems,” he said in a May 23 Facebook post, in which he called the continuing protests “sabotage.”

This may seem rich coming from the man who understands as well as anyone what protests can achieve, as he skillfully utilized street demonstrations to effect the biggest political change Armenia has seen since gaining independence: removing the sclerotic leadership of Serzh Sargsyan and getting himself elected in his place.

Pashinyan made a similar appeal a week earlier, and set a deadline of 3 p.m. on May 17 for all protests to end and for people to instead submit grievances to the government in writing.

But many didn't listen. Supporters of Sasna Tsrer, a group that took over a police station in 2016 and killed three police officers, have been demanding that the new government release members whom they call political prisoners. They also have blocked the state prosecutor's office and surrounding streets.

Other protests have targeted construction of the Amulsar gold mine, which neighbors complain will cause grave environmental damage to the region. Locals have been blocking the roads leading to the mine, preventing construction equipment from entering.

And in Yerevan, a group of environmental activists demonstrated against the mine on May 23, marching to the presidential residence to deliver a letter to President Armen Sarkissian outlining their concerns related to Amulsar.

Sarkissian took an if-you-can't-beat-them-join-them approach, greeting the protesters and acknowledging the many environmental concerns that Armenia faces. “I assure you that Amulsar and other issues will be under our spotlight,” he told the petitioners.

One of the activists told reporters that he did not consider their action to be contravening Pashinyan's request to stop protesting. “This is just a letter, it was planned in advance and was delayed because of the April movement,” the activist, Tigran Martirosyan, told Armenian television station A1+.

In the end, Sarkissian demonstrated more patience with the protesters than Pashinyan, eventually joining them in a folk dance.

If you want to kill a protest, join them in dancing ?

Armen Sarkissian should have shared this secret tool with Serzh Sargsyan a month ago ? pic.twitter.com/Qi256SfOMQ