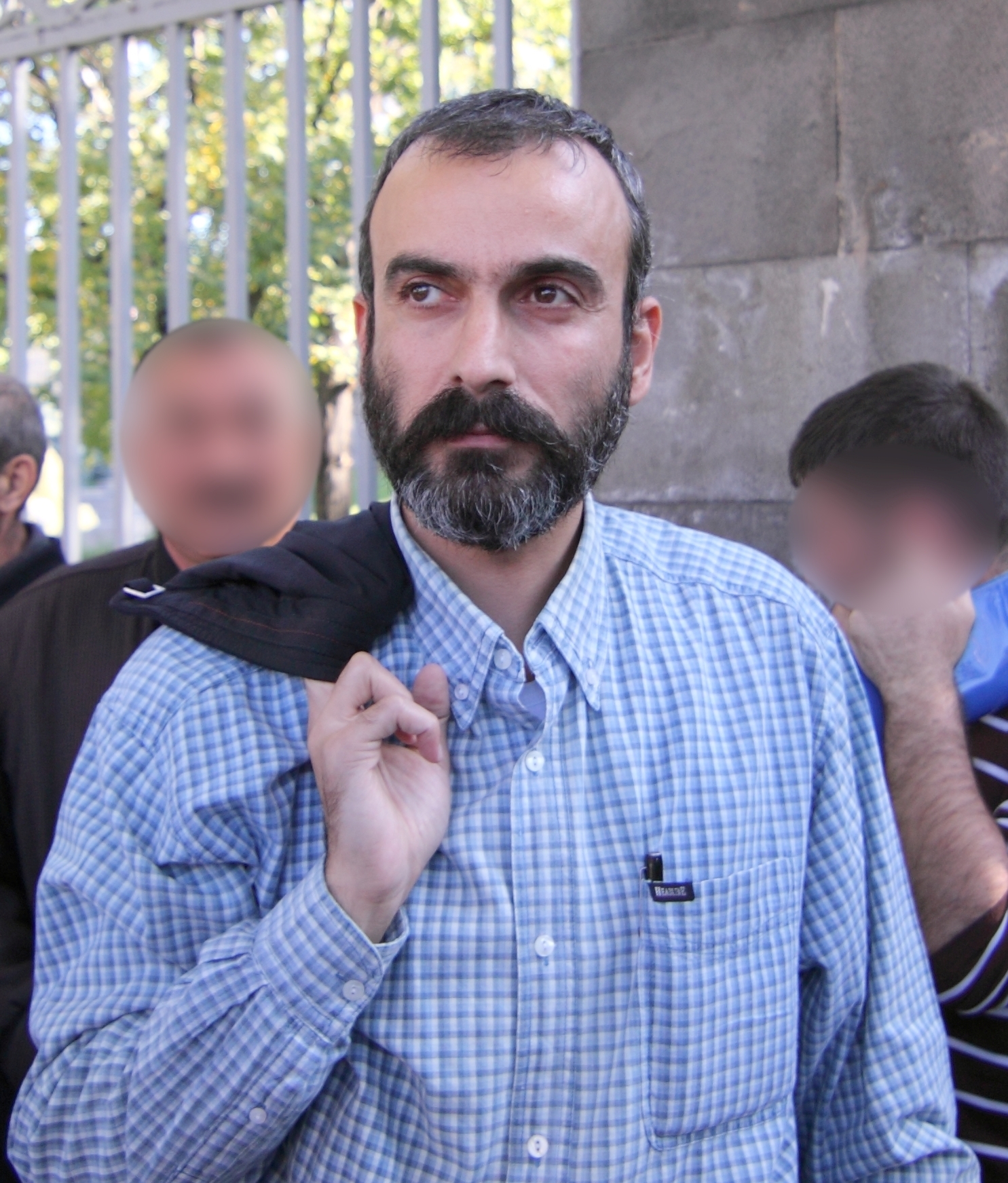 Jirayr Sefilian, a war hero and radical opposition figure, at a 2009 protest in Yerevan against normalizing relations with Turkey. The new authorities in Armenia have suggested that he is a political prisoner and have hinted that he will be released. (photo: Serouj, Wikimedia Commons)

An ally of Armenia's prime minister has suggested that the new authorities intend to release Jirayr Sefilian, a war hero and radical opposition political figure who many in Armenia consider to be a political prisoner.

On May 9, as newly elected Prime Minister Nikol Pashinyan was visiting Nagorno-Karabakh, his close ally and fellow member of parliament Ararat Mirzoyan hinted that Sefilian could be released soon.

The lawmaker, however, added that “we can’t just physically open the doors. There is a procedure, and everything should be done within the ambit of the law. I would like to ask Jirayr Sefilian for patience.”

Pashinyan was elected prime minister on May 8, after leading weeks of street protests that toppled longtime leader Serzh Sargsyan.

Sefilian was one of the commanders who led the offensive to take Shushi on May 8 and 9, 1992, the decisive battle in Armenia's war with Azerbaijan over the territory.

He retired from the military in 1998 and subsequently became a thorn in the side of the ruling authorities, leading rallies calling to overthrow the government because of its corruption. A Lebanese-Armenian, he was denied Armenian citizenship, and repeatedly imprisoned.

Sefilian’s first jail term was issued by Mnatsakan Martirosyan, the same judge who sentenced Nikol Pashinyan to seven years in prison in 2010 for the latter's role in organizing protests against Sargsyan's first election.

In 2016, Sefilian was arrested on weapons possession charges and imprisoned again. His release was one of the main demands of the nationalist group Sasna Tsrer, when it seized a police station in Yerevan later that year.

Sefilian was sentenced to ten and a half years in prison in March 2018, during the last month of Serzh Sargsyan’s presidency. Pashinyan, who over the years has repeatedly called Sefilian a political prisoner and demanded his release, called the decision “a bogus verdict.”

For his part, Sefilian has supported Pashinyan's protest movement and now his election as prime minister. “The leader of the nationwide movement Nikol Pashinyan became the prime minister of the Republic of Armenia by a unanimous decision of the Armenian citizens," Sefilian said in a statement on May 10. "If the Sasna Tsrer uprising broke the spine of the Russian colonial system, Nikol Pashinyan’s nationwide movement took the executive power away from the Armenian colonial administration, an instrument of that [Russian] system."

Speaking to Eurasinet, Pashinyan’s spokesperson Tigran Avinyan said he couldn’t comment on Mirzoyan’s statement. Avinyan, who appeared next to the Armenian leader in Karabakh during his first press conference as a head of state on Wednesday, said the statement reflected Mirzoyan’s personal position.

The California-based Ghazarian said he will travel to Yerevan on May 18 and is scheduled to meet Armenia’s human rights ombudsman Arman Tatoyan. “We will also be seeking an audience with the prime minister,” Ghazarian said. “We always spoke truth to power and we’re going to do that again.”

Ghazarian said he will be staying in Armenia until June and then visit once again in mid-July. “This new era will require much engagement in the next several months,” he said.

Two other key Pashinyan allies, Gyumri city council member Levon Barseghyan and David Sanasaryan of the “Reject Serzh” initiative, also have addressed the issue of political prisoners in the days since Pashinyan became prime minister. They reiterated that the new government’s goal is to release all the political prisoners as identified by legal experts, and not merely by Pashinyan’s unilateral decision.

“Lawyers, attorneys, counselors who know the solutions to this issue, please text or call me,” wrote Sanasaryan on Facebook the morning of May 10.

Grigor Atanesian is a journalist who covers Armenia.