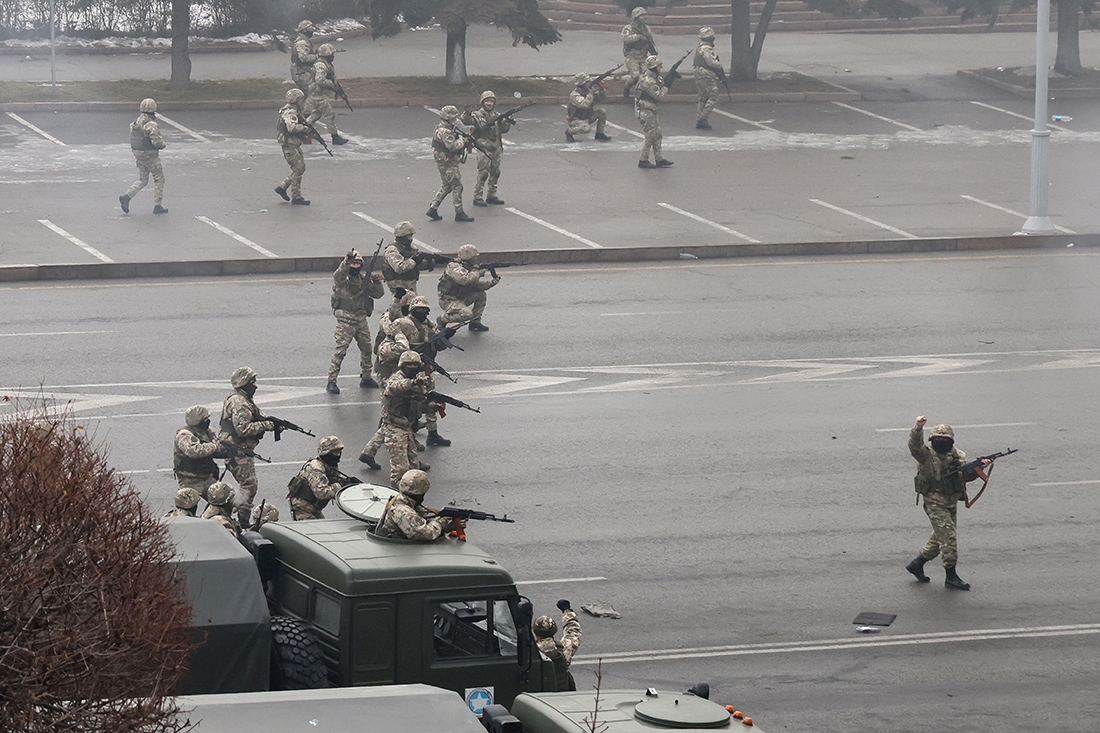 Kazakhstan’s government has said repeatedly that it is investigating the recent violence and unrest that led to the deaths of at least 227 people, including 19 security force members, thousands of arrests, and reports of torture and mistreatment. It is in the government’s interest for the grave human rights abuses during these “January events” to be properly investigated and those responsible held to account. Without genuine efforts to bring justice for victims, President Kassym-Jomart Tokayev’s national reform plans will remain hollow promises.

However, the government’s announced steps fall far short of the necessary independent investigation expected by many of Kazakhstan’s partners and the United Nations. Over a month ago, nine top UN human rights experts called on Kazakhstan to ensure an “independent and human rights-based investigation of state use of force against protesters” takes place.

Nothing of the sort has been established. It is important for Kazakhstan’s partners, particularly in Europe and the U.S., to engage with Kazakhstan at this challenging time. Yet it is also vital for them to make clear that such an investigation remains essential for the government’s credibility.

The authorities have stressed that “the investigation into the armed unrest must be impartial and conducted in line with the law.” The government has flagged criminal investigations by the General Prosecutor’s Office and monitoring by the human rights Ombudsperson and the National Preventative Mechanism (NPM) on torture prevention.

The prosecutor’s office says around 780 people are in custody facing criminal charges, and that it is has begun 170 criminal investigations into torture and abuse of power.

The Ombudsperson and the NPM are also doing useful work, given their limited independence from the country’s executive branch, to uphold the rights of those detained, including via prison visits.

However, the work of these bodies falls short of what’s needed on two counts. None of them even claim to be mounting a systematic investigation, especially into the exact circumstances that led to the killing of 227 people – one of the worst death tolls from violence in post-independence Central Asia.

Research by Human Rights Watch shows that Kazakh security forces used unnecessary lethal force on at least four occasions between January 4-6, shooting dead at least 10 people who posed no imminent threat to life. These killings need to be systematically examined.

Second, even if evidence of abuse is presented to Kazakh authorities, they have a very poor record of acting on such evidence to bring those responsible, particularly police or security forces, to account. For example, following the killing of 14 people in Zhanaozen in 2011, there was no independent investigation and little justice for victims and their families despite credible evidence of torture and unfair trials. Many worry that the pattern is being repeated.

The government has praised the work of voluntary public commissions led by respected lawyers. Two of the more prominent commissions are doing important work, but their mandates and available resources are limited. The Aqiqat (“truth”) commission led by Aiman Umarova is focused on gathering witness testimony on the January events and representing the interests of detainees. The Amanat (“trust”) commission led by Abzal Kuspan is working with the prosecutor’s office and is focused on visiting pre-trial detention centers and on securing improved conditions for dozens of detainees.

Independent civil society groups, including the new Alliance network, are gathering important information about mistreatment in detention and the names of those killed.

These findings could be presented to a much-needed independent investigation. Such an investigation needs to be adequately resourced, genuinely independent and transparent, and have access to government information. Its mandate should explicitly allow it to examine the circumstances around deaths in the context of the protests and violence, the possible responsibility of police forces or others for these violations, and allegations of torture and other abuses. Its findings should be made public. The Kazakhstan government should commit to receiving and considering the conclusions of the investigation, providing a remedy for the violations, and holding those responsible to account.

Given the authorities’ history of failure to bring accountability or justice for serious human rights abuses, the government should invite international experts to be part of the investigation. Such a hybrid national-international investigation may offer the best opportunity for these efforts to be successful.

Should the government fail to conduct an effective investigation that meets international standards, Organization for Security and Cooperation in Europe (OSCE) participating states should invoke the Moscow Mechanism, an OSCE investigation procedure, and UN Human Rights Council members should take action.

The Kazakhstan government has an opportunity to endorse the creation of such a hybrid investigation, for instance by bringing or supporting a resolution at the Human Rights Council mandating such a step. Kazakhstan rejoined the Council this year for a three-year term.

Endorsing such an investigation would be important for the sake of Kazakhstan’s credibility at home and in the Human Rights Council. And it would be a signal that the government not only talks about protecting human rights but takes action to do so.

Hugh Williamson is the Europe and Central Asia director at Human Rights Watch.