Beijing is redefining “multilateralism” to better suit its needs. 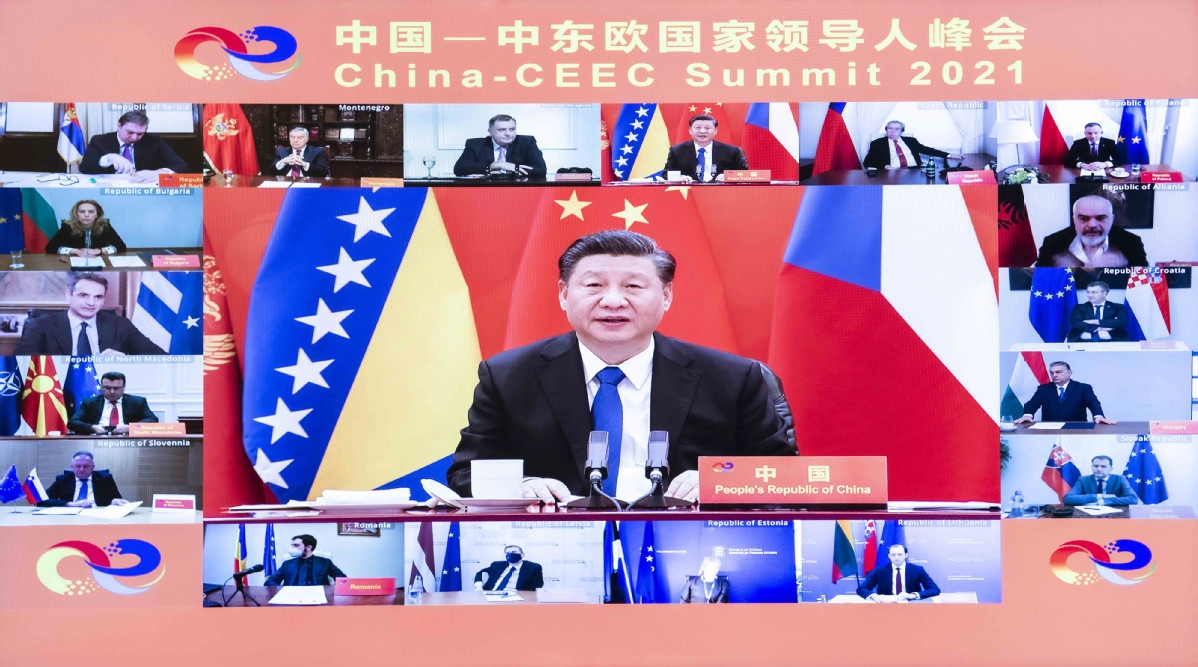 Xi prefers to be at the center of attention (China Daily)

Chinese President Xi Jinping’s keynote address at the World Economic Forum in Davos last month was dedicated to multilateralism. Besides being in the title, Xi mentioned the word at least a dozen times.

At first glance, that’s not peculiar. Xi echoed themes from his 2017 Davos speech, which was widely praised for celebrating globalization at a time when the U.S. was ditching international organizations.

But “multilateralism” is a shifting concept in Beijing, which is lately more interested in convening small groups of friendly nations beholden to its power than operating in a setting where it doesn’t call the shots. Xi’s Davos speech signaled a new direction for China’s multilateralism at a time when Washington promises, in the words of President Joe Biden, “extreme competition.”

For most of its history the People’s Republic of China was deeply suspicious of multilateralism. Chairman Mao regarded international organizations as nothing more than tools of Western imperialism. And while Mao’s successor Deng Xiaoping saw the World Bank and International Monetary Fund in a slightly more favorable light, he summarized his caution with a famous dictum: “crossing a river by feeling the stones.”

Today Beijing has the benefit of hindsight.

It learned from its first effort to establish and lead a multilateral endeavor, the Shanghai Cooperation Organization, about two decades ago. The SCO taught Beijing how to engage and socialize with multiple states through an institutional framework governed by rules China itself helped shape.

The significance of such “norm-making” cannot be overstated. At the time, Beijing was a new member of U.S.-led international groups such as the World Trade Organization, expected to comply with rules established by the West.

Though Beijing was in the driver’s seat, the SCO became unwieldly following the accession of India and Pakistan in 2017. Their mutual hostility has caused a “deep crisis” for the SCO and “totally paralyzed” its regional anti-terror structure, argues Alexey Kupriyanov of the Russian Academy of Sciences. (With the U.S. scaling back in Afghanistan, where the Taliban looks poised for victory, the timing is unfortunate.) Further weighing down the SCO is the rupture between New Delhi and Beijing following the deadly clash in Galwan Valley last summer.

Beijing has responded by launching new regional multilateral initiatives with carefully curated memberships. For example, since last July China has hosted three rounds of dialogue with South Asia countries. The format, which has yet to be named, today includes everyone except those with whom Beijing does not see eye to eye – India, Bhutan and the Maldives.

Other examples include the C+C5 platform to engage Central Asia’s foreign ministers, also launched in July; the China-Afghanistan-Pakistan Foreign Ministers' Dialogue; and the CA5 last December, bringing together China, Afghanistan and Central Asia.

What do these groups accomplish for China?

First, by ensuring that it is the only great power at the table, China can set the agenda and use its economic and political clout to push its strategic objectives. Each of these meetings boosts China’s Belt and Road Initiative for regional connectivity, while including discussions on economic cooperation, counterterrorism and security. No longer will China be an equal among many. Most of the countries taking part are economically dependent on China.

Second, by selecting who gets invited, the initiatives create a “safe space” where Beijing is – in the words of China’s ambassador to Kyrgyzstan, Du Dewen – in a “circle of friends.” China can be confident that no participant will raise uncomfortable questions about internment camps in Xinjiang or the crackdown in Hong Kong. Moreover, unlike several Central and Eastern European leaders who last week snubbed President Xi by sending their deputies to a summit (pictured), Beijing can count on full participation at the highest level.

Last, taking place amid the sharpest rivalry with Washington in generations, Beijing’s new style of multilateral outreach sends a message to the new Biden administration: China is an indispensable partner to a large number of Asian countries and any attempt to encircle, isolate or weaken Beijing will fail.