Tbilisi’s handling of the Anaklia port project, especially soon after another noisy dispute with a foreign investor, is hurting its reputation and undermining Georgia’s security. 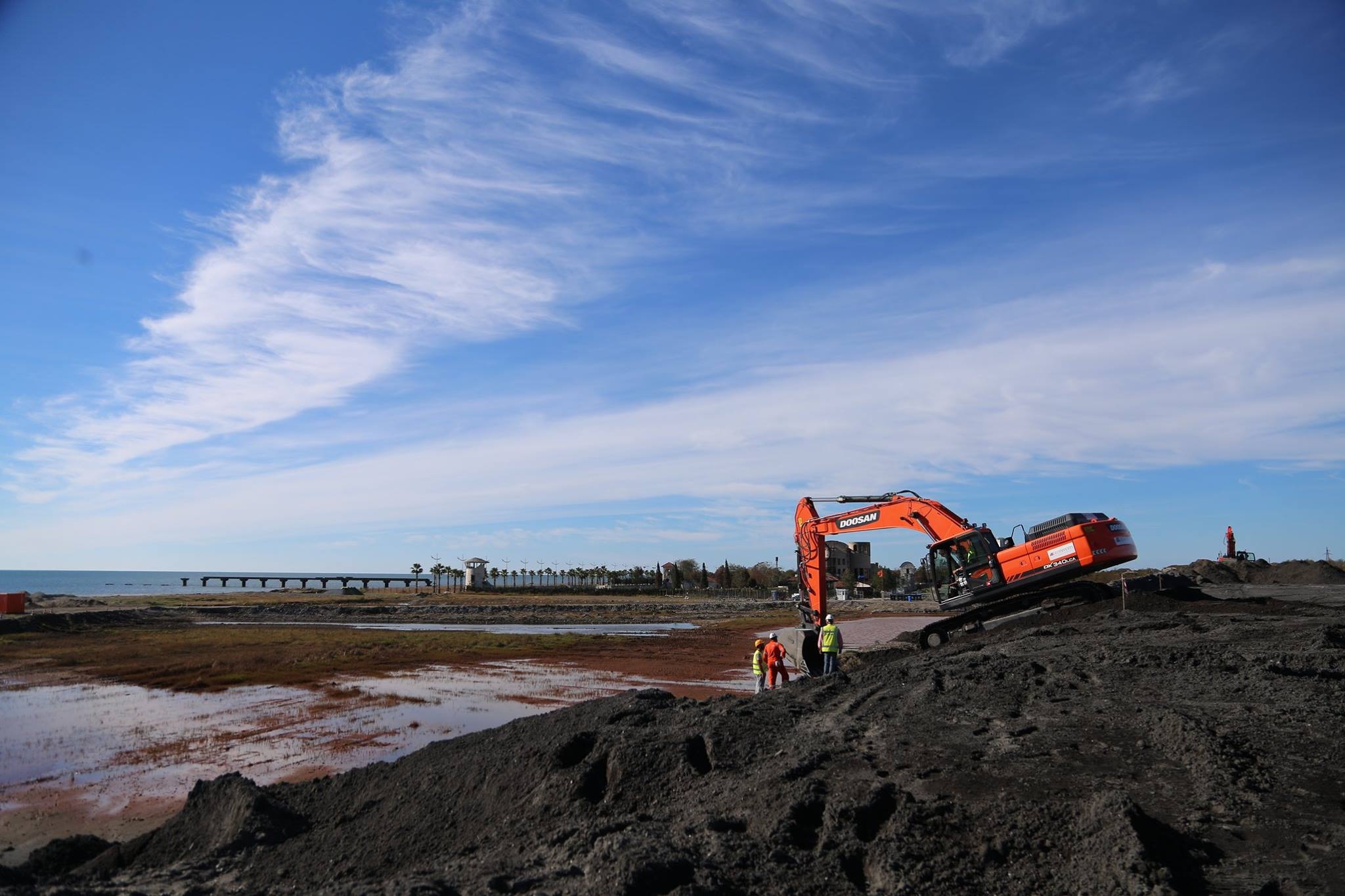 A muddy pit for the foreseeable future (photo: ADC)

The investors behind Anaklia, an ill-fated deep-water port project in Georgia, late last month filed arbitration claims against the Georgian government after accusing it of undermining the $2.5 billion project.

Georgia needs the port. And if it doesn’t want to find itself sucked into a Chinese debt trap, it needs to stop tussling with Western investors. The arbitration filings came just days after Tbilisi backed down in another conflict with another investor, Frontera, an American oil company – under myopic pressure from Washington.

This latest escalation in the bitter public dispute over Anaklia is a blow to Georgia’s national security for two reasons.

First, it is yet more evidence that Anaklia will not be built anytime soon; the arbitration process will make it difficult for the government to attract new investors. As the country’s first deep-water port, Anaklia is an essential part of Georgia’s plan to transform itself into a transit hub between Europe and Asia, a strategy intended to boost trade, integrate deeper in the Euro-Atlantic economic system, and ultimately pull Georgia out of Russia’s sphere of influence.

The move by the Anaklia Development Consortium (ADC) – which was founded by a rival to the head of Georgia’s ruling party – came after the government blamed it for failing to raise enough money for the port and terminated its contract in January. ADC, for its part, maintains that the government made it impossible to attract investors.

The Anaklia saga also undermines Georgia’s security by damaging its reputation as a safe place to invest. Georgian officials like to boast about their country’s free trade agreements and high place in ease of doing business rankings. The ability to attract foreign investors not only spurs growth, it creates connections with American and European business communities and spares Georgia from having to accept predatory loans from China to build new infrastructure.

The ruling Georgian Dream party has always claimed it supports Anaklia. Behind the scenes, however, it has appeared to sabotage the project by refusing to provide guarantees to international financial institutions, and launching what smells like a politically motivated money laundering investigation against former ADC chairman Mamuka Khazaradze. Clearly there is a personal rivalry between Khazaradze, who has started his own political party, and the head of Georgian Dream, Georgia’s de-facto leader Bidzina Ivanishvili.

The fact that such a strategically important project was derailed by domestic political squabbling does not reflect well on Georgia. Foreign firms will be less likely to invest there, especially in things like infrastructure projects which require long-term commitments. This should be a grave concern for Georgia, where FDI inflows have already fallen from an average of $1.8 billion per year between 2014 and 2017 to $1.3 billion in 2018 and 2019, according to government data.

Access to Western investors, businesses, and insurers – which requires those actors to believe they will be treated fairly – is a vital economic and security asset for Georgia. Investors bring more than capital and expertise; they form connections between business communities in Georgia and the West which in turn create political connections. If the steady march of bad press about Anaklia dissuades some Western firms from investing in Georgia, the country will be forced to choose between slower economic growth and new benefactors.

The obvious choice would be China, with its deep coffers and penchant for investing in dysfunctional countries along trade routes to Europe. This is not just a far-fetched hypothetical. Secretary of State Mike Pompeo has cited the risk of Georgia “falling prey to Russian or Chinese economic influence” as one reason Anaklia is so important. Chinese investment in Georgia would invite the same concerns about debt traps, a lack of transparency, and political influence that accompany Chinese investments everywhere.

Georgia is still a success story for democracy and free enterprise in a tough neighborhood. The Anaklia fiasco is a step backwards. Georgians must now recognize the danger of politicizing critical investments. Parliamentary elections in October are the perfect opportunity to voice support for Anaklia and for keeping their country open to foreign businesses.

Georgia’s friends in Washington, meanwhile, should provide the kind of guidance that is based on principle, not favoritism. In April, Georgia prevailed in an arbitration dispute with Frontera, the American oil company, which the Hague Permanent Court of Arbitration found had failed to pay wages and engaged in other unscrupulous behavior over the years. Instead of supporting Georgia’s efforts to move on, some members of Congress (who took contributions from Frontera), tried to get the State Department to withhold aid to Tbilisi, tying – improbably – the Frontera dispute to Russia. Tbilisi had no choice but to cave.

That’s how Beijing and Moscow do business. If Washington wants Georgia to succeed as a transparent and free democracy, it should support the country’s efforts to play by the rules – and support negotiations with the Anaklia Development Consortium.

Benjamin Zalinger is a Title VIII fellow in the transatlantic leadership program at the Center for European Policy Analysis in Washington.