Baku has been reforming its armed forces with a new education system, new weaponry, and a big increase in special forces units. And it is all being modeled after Turkey’s military. 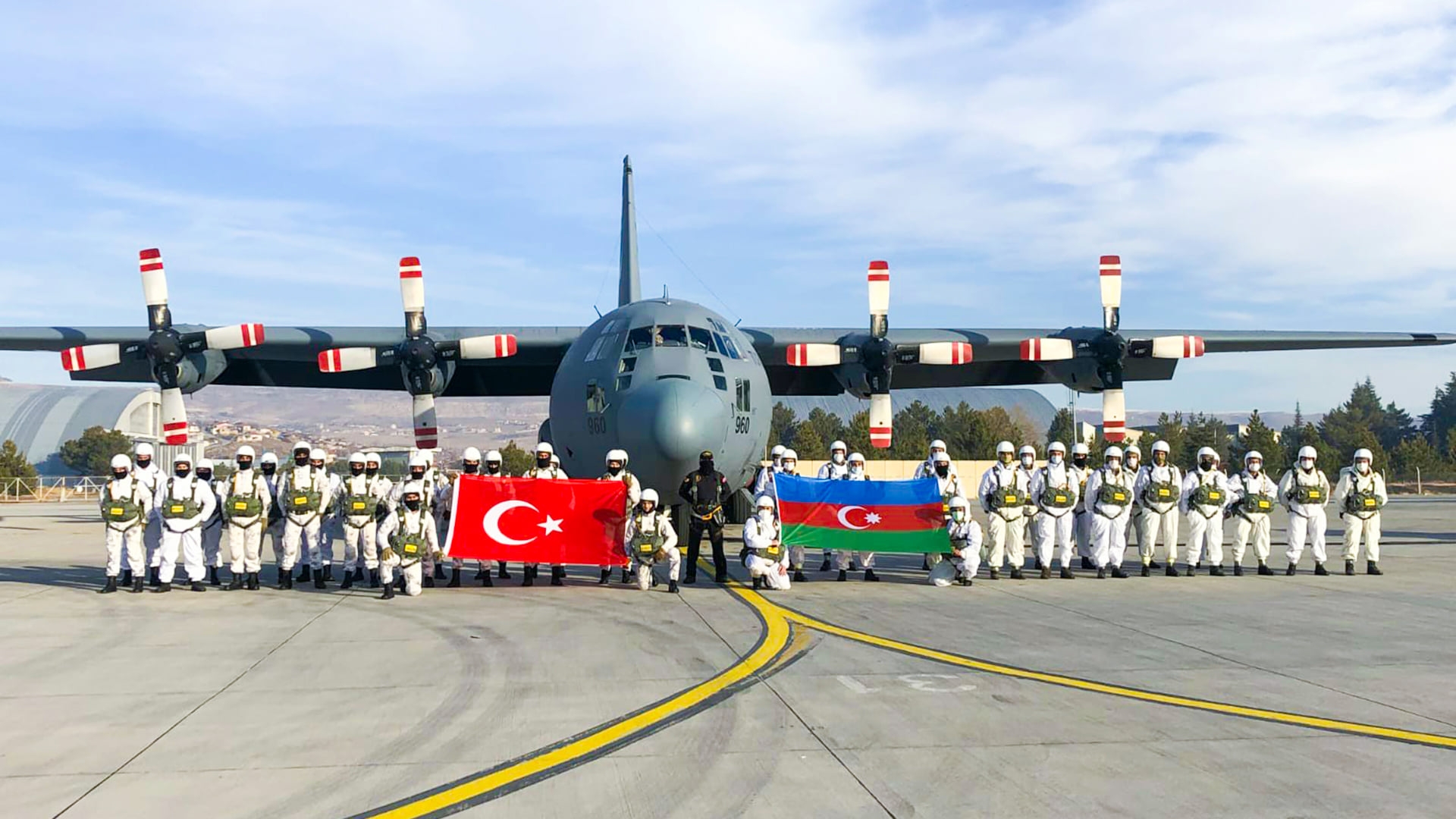 On October 5, 2020, when the full-scale war between Azerbaijani and Armenian armed forces had just started in and around Nagorno-Karabakh, President Ilham Aliyev was already talking about military reform. In an interview with Turkish state-run broadcaster TRT, Aliyev said that his intention was to remake the Azerbaijani military “based on the Turkish model but on a smaller scale.”

That reform had been underway for several years, as Azerbaijan sought to move away from a Soviet model of the armed forces – featuring a heavy use of conscripts and large quantities of infantry and armor units – toward a more NATO-style professional, mobile, high-tech force. As Turkey was Azerbaijan’s closest ally, it was naturally the NATO military Baku sought to emulate.

Turkey’s heavy military support to Azerbaijan in the war against Armenia solidified that orientation. As Aliyev put it in the interview: “Turkey's moral support and the Turkish defense industry products at our disposal strengthen us, and the whole world can see that. The Turkish Army is the second strongest army in NATO today, and no one can confront it.”

Even though the war ended with an Azerbaijani victory, recapturing most of the territory it had lost to Armenians in the first war between the two sides in the 1990s, Azerbaijan’s plans only gathered speed.

It began to roll out a series of new military reforms envisaging an increase in spending, setting up new units, a brand new National Defense University, and boosting the number of special forces. And all of it was to be based on a Turkish model.

The rapid development of special forces appears to be the top reform priority. In April 2022, Aliyev reported that “Azerbaijan has doubled the number of special forces after the Karabakh war.” That includes a new branch of special forces established after 2020, units called “commandos” and based on Turkish units of the same name.

While regular special forces are elite units oriented toward long-term conventional wars, commando units are more oriented toward shorter-term operations in hard-to-reach mountainous areas and in extreme weather conditions – the environment in many of the territories Azerbaijan regained in 2020, including the Lachin, Hadrut, and Kelbajar districts. Commandos go through a more intensive training program and are armed only with handheld weapons like sniper rifles and high-explosive hand grenades, and use light armored vehicles. Regular special forces, by contrast, are equipped with more heavily armored vehicles, large-caliber rifles, grenade launchers, man-portable mortars, and portable missile systems and other sophisticated kit.

So far, Azerbaijan has reported establishing five commando units, with two based in the Hadrut and Kelbajar districts. The location of the other three has not been made public, but it is safe to assume that they also are close to the border of Armenia and the line of contact with the areas in Karabakh controlled by Russian peacekeepers. And further expansion is expected: Adalat Verdiyev, an Azerbaijani military expert, has reported that Azerbaijan soon plans to double the number of commando units and regular military units in the Karabakh region. Officials have not made public how many commandos Azerbaijan now has, but Aliyev has said the number is in the “thousands.”

The commando units will operate directly under a new Land Forces Command, which also is a direct Turkish import. The command was established in 2021 and its first commander is Lieutenant General Anvar Afandiyev, an alumnus of the Turkish Military Academy. The new command will now coordinate all ground operations; previously all military operations in any domain were commanded from the General Staff. Since its establishment, the Land Forces Command has opened a new command center and several other facilities.

The new National Defense University, set up in March 2022, is a Turkish model, with its standards based on that of the Turkish Defense University. Azerbaijan also has boosted the number of its military personnel studying in Turkey itself, with more than 200 officers and contract soldiers studying there at the moment.

There are limits, however, to the Turkish military influence in Azerbaijan. While there were widespread reports following the launch of the 2020 war that Turkey may set up a military base in the country, Aliyev poured cold water on them, saying that “this option has not been discussed with Turkey.” Azerbaijan’s military doctrine does not allow the establishment of foreign military bases in the country, but Aliyev kept the door open. “If there is a big threat to Azerbaijan, we will use this opportunity, because Turkey is our ally,” he said.

Perhaps the most well-known element of Turkish influence on Azerbaijan’s military is in its weaponry. The TB2 Bayraktar drones played a critical role in the 2020 victory over Armenia, but they are far from the only Turkish weaponry in Azerbaijan’s arsenal. Other recent acquisitions include the Dragoneye electro-optic sensor system, Cobra II armored vehicles, TRG-300 guided multiple launch rocket systems, TRLG-230 laser-guided missiles, T-122 Sakarya multiple launch rocket system, among others.

The modernization of Azerbaijan’s military is part of a broader post-2020 military expansion, including a significant increase in the military budget. Aliyev has cited the risk of Armenian revanchism as the reason. But a more likely motivation is the overall declining security environment in Azerbaijan’s neighborhood. The full-scale conventional war now underway in Ukraine, and the relatively successful defense mounted by the NATO-trained Ukrainian armed forces has only strengthened the case for military reform and moving beyond the Soviet legacy.

Fuad Shahbazov is an independent policy analyst focusing on regional security issues in the South Caucasus. He tweets at: @fuadshahbazov