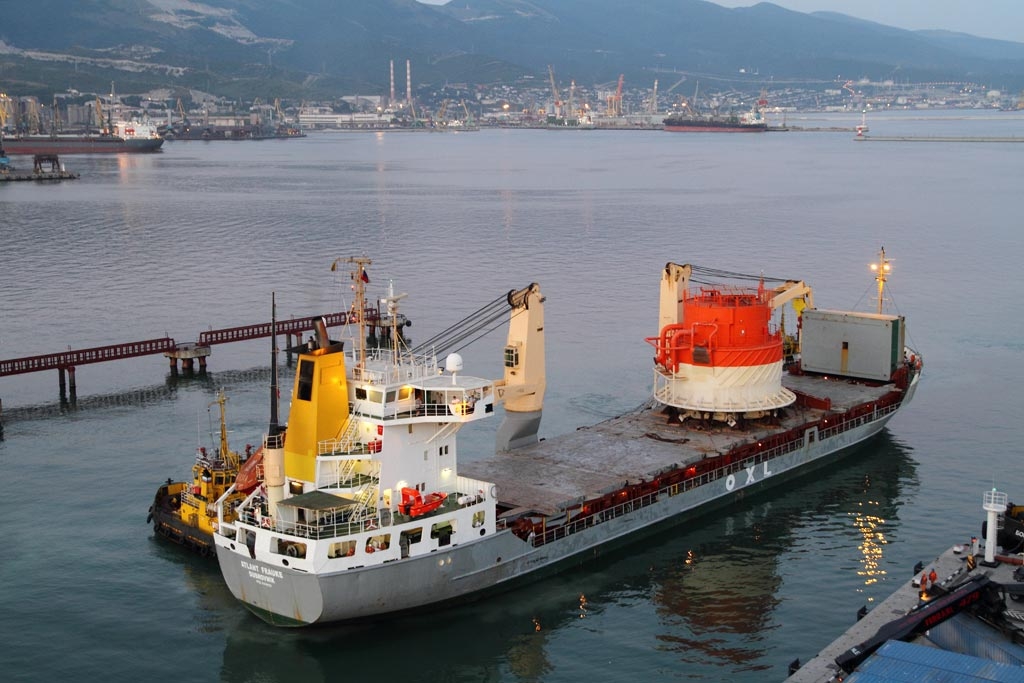 Almost 80 percent of Kazakh crude is exported through the Russian port of Novorossiysk. (CPC.ru)

Since its invasion of Ukraine, Moscow has twice blocked Kazakh oil exports crossing its territory. Is this revenge for Kazakhstan’s refusal to endorse the war? An attempt to push up the value of its own crude?

Either way, Beijing does not like it. The Chinese government has signaled that it will not accept Russian meddling in Kazakh oil exports, quietly rebuking Moscow for the blockades.

On March 22, Russian authorities claimed that two of three loading facilities at Novorossiysk had been damaged by a storm. In reality, Moscow almost certainly invented a pretext to reduce global supply, raise oil prices to pressure the West into easing sanctions, and aid the Kremlin’s preferred candidate in the French presidential election. The CPC restored full exports after a month.

Then, on July 6, a Russian court ordered the CPC to suspend operations for 30 days, citing environmental concerns. This disruption was limited, however, as a higher court ruled on July 11 to restore operations and issued a nominal fine.

While the Kremlin does not fear Kazakhstan, it needs Beijing. And China has significant economic interests in Kazakhstan, the gateway to its Belt and Road Initiative of global transportation infrastructure. Chinese companies are important players in Kazakhstan’s oil and gas industries. Although little Kazakh crude is physically shipped to China, China has an interest in seeing it reach global markets; without these shipments, oil prices would rise, global consumer demand for goods would weaken, and China’s export-oriented growth would take a hit. Finally, all three existing legs of the Central Asia-China gas pipeline transit Kazakhstan, delivering critical energy supplies. With the Chinese economy slowing, in part thanks to higher energy prices, Beijing needs Kazakhstan to export every molecule possible.

Though Beijing is loath to publicly break with Moscow, the PRC has subtly warned Moscow about intruding too deeply in world oil markets. Three days after the CPC was first closed, Sinopec halted a major investment in Russia.

That same day, Bloomberg reported that Chinese companies and government officials were “rushing” to learn how to comply with Western sanctions on Russia, while the Chinese Foreign Ministry reportedly warned state-owned energy firms to avoid any “hasty” purchases that could present secondary sanctions risk. Additionally, the China National Petroleum Corporation reposted a history of natural gas in Beijing, detailing the Central Asia-China Gas Pipeline network but conspicuously omitting the $55 billion, Russia-to-China Power of Siberia pipeline that opened in 2019.

As the global economy contends with inflation and slowing growth, and China deals with the consequences of rolling COVID lockdowns, Beijing has little tolerance for further economic disruptions. Additional Russian restrictions on CPC exports would be an unwelcome distraction for President Xi Jinping as he seeks an unprecedented third term at the upcoming Communist Party Congress later this year.

Beijing is not on the West’s side in the Ukraine conflict. Yet even as tensions over Taiwan threaten cooperation, policymakers in China and the West should see that they have a shared interest in preserving Kazakh oil flows should Russia block exports again.

Joe Webster is a senior fellow at the Atlantic Council, a contributor at The China Project, and editor of The China-Russia Report. Opinions in this article are his own.