Yet another fashionable slogan means nothing when it’s needed most. 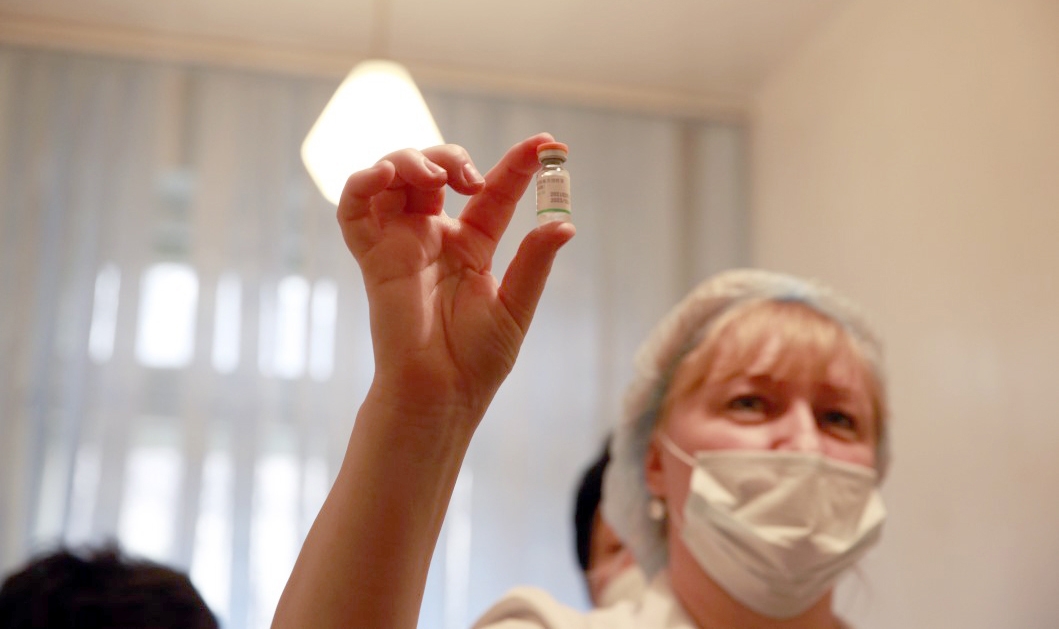 China loves us this much (Kyrgyz state media)

The first shipments of China’s coronavirus vaccines have begun to arrive here in Central Asia. Suspicion is widespread, a testament to the ambiguity of Beijing’s past promises and failure to use the crisis to its advantage.

In the years before the pandemic, Chinese President Xi Jinping had been championing a “Health Silk Road” in Central Asia to spread traditional Chinese medicine and foster healthcare cooperation along his landmark Belt and Road Initiative. COVID-19 gave urgency, but little shape to this vague concept.

Early in the lockdown, shipments of masks and other medical aid helped shift attention from China’s initial mishandling of the virus and effort to muddy its origins. We received this help – often decorated with red bows and emblazoned with the words “Shared Future” – gratefully.

Then Beijing switched to bombast.

Last September, Chinese state media reported that Foreign Minister Wang Yi and his counterparts from Russia, Kazakhstan, Kyrgyzstan and Mongolia had agreed to build an "anti-pandemic fortress, a Health Silk Road,” to share medical supplies and vaccines, and even to promote traditional Chinese medicine. Quotes from the meeting were picked up by Central Asian media, though the words were always Wang’s – never our leaders’. In his telling, the five countries also promised to defend China from allegations that it failed to stop the virus when it first appeared in Wuhan. As Xinhua put it, this new alliance will “oppose any attempt to politicize the pandemic and attach a geographical label to the virus.”

China has indeed so far succeeded in stymying any international investigation, dismissing inquiries as a “political virus” that must be fought alongside the coronavirus. But with vaccines, Beijing has had less success on the ground in Central Asia.

Uzbekistan is the only country in the region to extensively cooperate with China, conducting third-phase trials of an unproven jab – ZF-UZ-VAC 2001 – made by Anhui Zhifei Longcom Biopharmaceutical. One million doses reportedly arrived in Tashkent on March 27.

Kazakhstan, where neither of the Chinese vaccines are authorized, announced on March 26 that it would take 3 million doses produced by Beijing-based Sinovac. The next day, anti-China protests were staged in several cities.

At the time of writing, only Kyrgyzstan has begun distributing a Chinese vaccine to the public. State-owned drug giant Sinopharm has delivered enough to inoculate 75,000 people. When Kyrgyzstan’s deputy health minister received his shot on March 29, he said there was nothing to worry about because the vaccine had been tested in Russia.

That’s what matters here. If we have a choice, my friends and I will take Russia’s Sputnik V over a Chinese vaccine any day. Polls suggest we’re not alone. In February, a Central Asia Barometer survey showed people believe Russia far more likely than China to help with a health emergency. In Kyrgyzstan, 10 times more people said they trusted Russia.

Vaccine skepticism is widespread here. Add latent Sinophobia and this is not fertile soil for China’s efforts. Maybe that’s why it seems Beijing is barely trying. Instead it is picking countries – Hungary, Turkey, Brazil – where it can harvest the most positive PR and thumb its nose at the West.

But China’s lackluster efforts in Central Asia have only confirmed our suspicions. We were supposed to be the first stop on the Health Silk Road. By abandoning its neighbors and closing its borders to us, Beijing has proved the Health Silk Road was empty rhetoric.