Perspectives | Can Russia protect Central Asia from an Islamist threat?

Any faith Central Asian governments had in Russian military power has no doubt been shaken by its glaring failures in Ukraine. 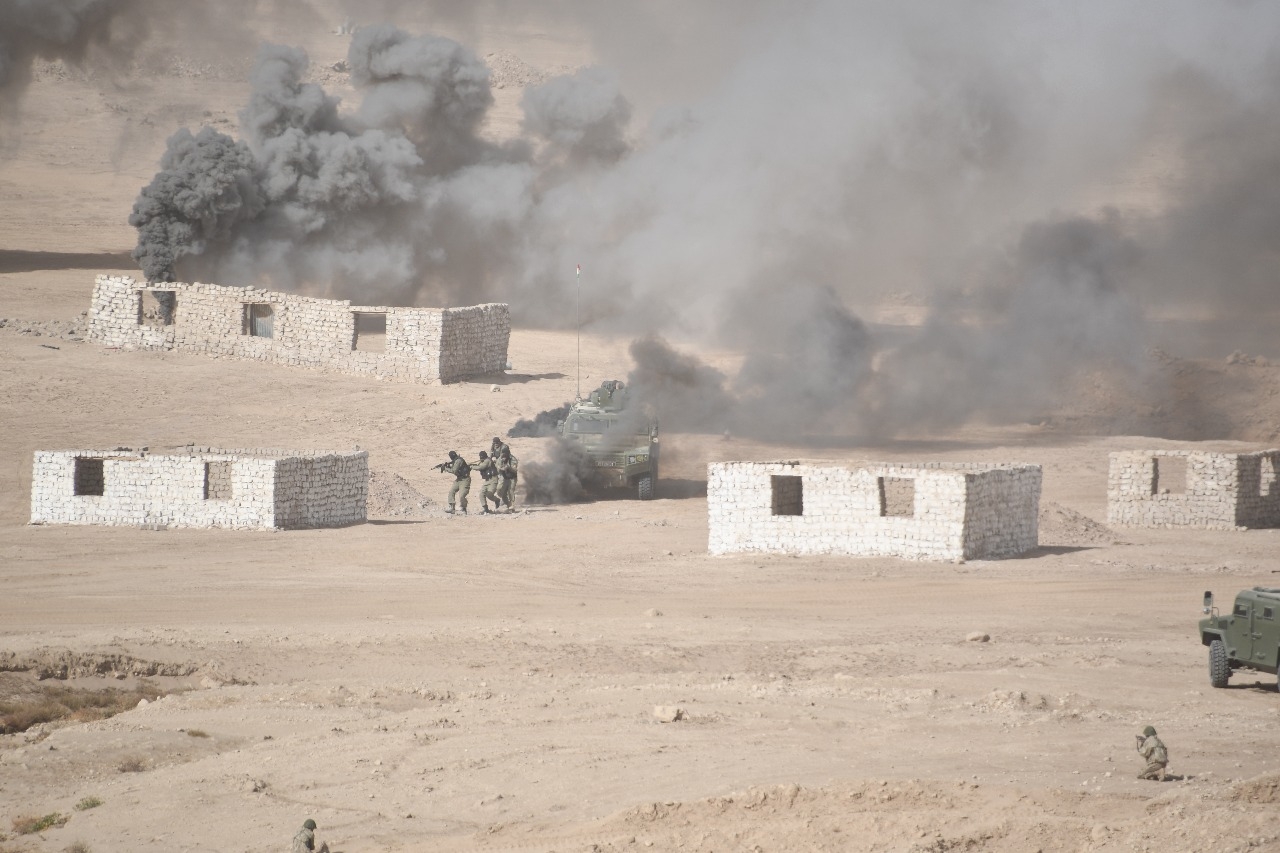 Russia has been called the guarantor of security in Central Asia. But considering the Russian military’s poor performance in Ukraine so far, there must be some questions now in Central Asian capitals about what sort of guarantees Moscow can really offer.

Whether they were on good or bad terms with the Kremlin, the governments in Kazakhstan, Kyrgyzstan, Tajikistan, Turkmenistan, and Uzbekistan have always seemed confident that if their security were in serious jeopardy, Russia would step in and help them neutralize the threat.

That confidence has been especially important since the Taliban again seized control of neighboring Afghanistan last August.

The Central Asian states are not so much worried about the Taliban as they are about foreign militants in Afghanistan, particularly those who are originally from Central Asia and have as their goal the overthrow of governments in Central Asia.

In the weeks after the Taliban returned to Kabul, strong words of support from Moscow and joint military exercises in Central Asia involving Russian troops were exactly what the Central Asian governments wanted and received.

Now Moscow’s focus is on Ukraine. Beyond Central Asian concerns about Russian officials’ talk of “historic Russian lands” and threats that Central Asia could be next in line for invasion, there is the more immediate worry that Russia is too distracted with Ukraine to offer much help if militants in northern Afghanistan decide to cross the border and stage attacks.

It happened before. In August 1999, militants from the Islamic Movement of Uzbekistan descended from Tajikistan’s mountains into the Batken area of southern Kyrgyzstan and waged a low-intensity campaign against Kyrgyz troops that lasted nearly three months. That same month the second Chechen war started, and Russia had no troops to spare for Kyrgyzstan.

There must also be concerns about what sort of military help Russia can offer.

Russian losses in Ukraine are unexpectedly high, and it is becoming apparent that Russian forces are nowhere near as formidable as many, especially the Russian leadership, believed.

What faith Central Asian governments had in Russian military power has no doubt been shaken.

In the early days of Russia’s invasion, the governments of Central Asia avoided to the extent possible any comment on what was happening in Ukraine.

But as the war has dragged on and with the outcome becoming less certain, Kazakh and Uzbek officials have declared their countries to be neutral, and both Nur-Sultan and Tashkent have provided humanitarian aid to Kyiv.

On March 17 Uzbek Foreign Minister Abdulaziz Komilov said Uzbekistan supported Ukraine’s territorial integrity, and, without mentioning Russia specifically, added “it is necessary first to bring an end to the military activities and aggression.”

Even Kyrgyz President Sadyr Japarov, who the Kremlin press service said on February 26 “expressed support for the actions of the Russian Federation in protecting the civilian population of Donbas in a conversation with Putin,” told Kyrgyzstan’s parliament on March 9 that the country “should take a neutral stance” in Russia’s war with Ukraine.”

Russia already has troops in Central Asia. Its 201st Division is stationed in Tajikistan and the Russian-led Collective Security Treaty Organization (CSTO) has a base in Kyrgyzstan.

The type of warfare Russia is waging in Ukraine is different than what would be expected in Central Asia. In Ukraine they are fighting a conventional war, concentrating on occupying territory and extending control over major urban areas, so far unsuccessfully.

Despite Russian claims of military strength, the Kremlin has been reluctant to commit forces to conflicts in Central Asia in the past.

Russian forces in Tajikistan did play an active role during the 1992-1997 Tajik civil war and Russian border guards were involved in dozens of shoot-outs along the Tajik-Afghan border until they finally withdrew in 2005.

But Russian troops in Kyrgyzstan did not intervene in the 2005 and 2010 revolutions there. When Kyrgyz authorities called for CSTO help to quell inter-ethnic violence in southern Kyrgyzstan in June 2010, the CSTO said the violence was an internal affair and so fell outside the CSTO mandate.

That is an important precedent since under that interpretation, attacks by Central Asian militants currently operating in northern Afghanistan could be seen as an internal threat, in which case neither Russia nor the CSTO would be obliged to get involved. (Then again, the CSTO did send troops in January when Kazakhstan President Kassym-Jomart Tokayev requested help putting down nationwide unrest, a purely domestic affair.)

One more thing the Central Asian governments need to keep in mind when contemplating Russian involvement in potential conflicts: As the Russian military has shown in Chechnya, Syria, and now again in Ukraine, its playbook for pacifying an area often means vast destruction, making habitation nearly impossible.

If the price for Russian help is the leveling of cities and towns, the Central Asian countries might be better off trusting their own forces. Perhaps they’d cause the same devastation, but without accruing a debt to Moscow.

Bruce Pannier studied at Tashkent State University in summer 1990, lived in villages in Kazakhstan, Kyrgyzstan, Turkmenistan, and Uzbekistan in 1992-1993, and has been covering Central Asia as a journalist since 1995.