Putin’s system seems indestructible, but so did Soviet communism before it suddenly collapsed in 1991. 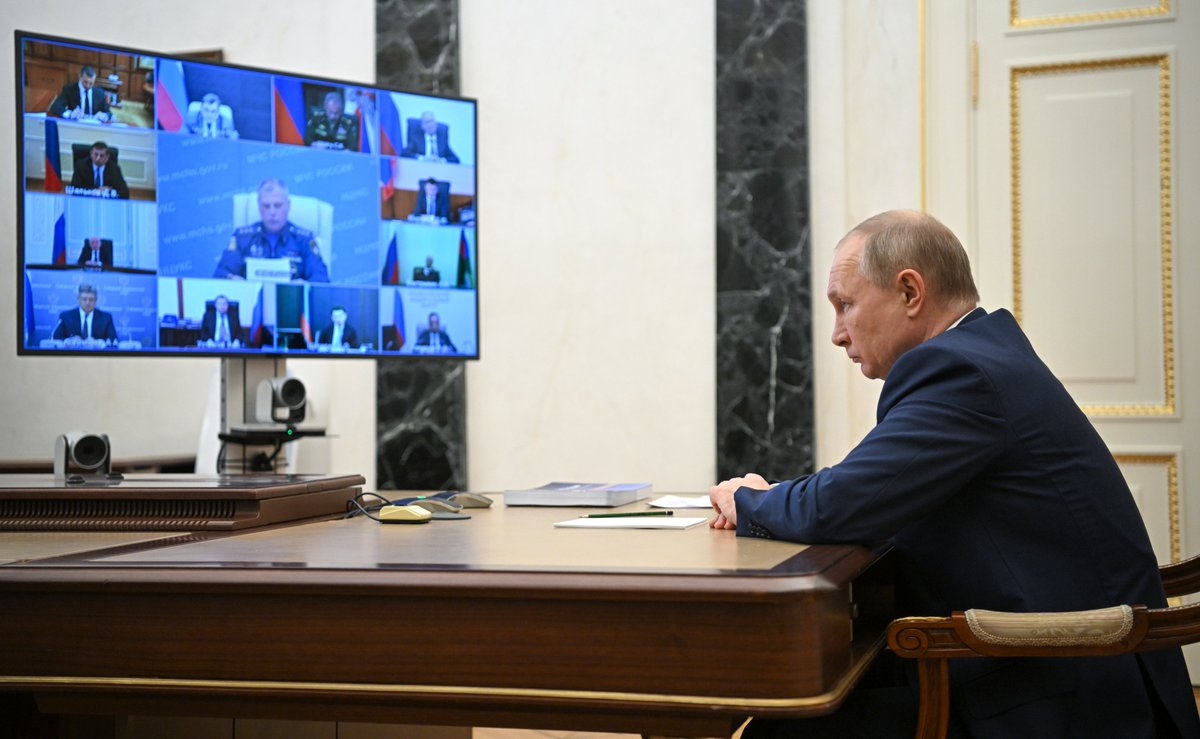 Matthew H. Murray is an adjunct professor at Columbia University School of International Affairs and the Harriman Institute, which hosts Eurasianet. He was deputy assistant Secretary of commerce for Europe, the Middle East, and Africa in the Obama administration.

As comprehensive Western economic sanctions against Russia take hold, the bulk of the country’s population – people who had no voice in Vladimir Putin’s decision to invade Ukraine – are starting to feel devastating costs. But the West’s objective is not to punish the largely powerless citizenry. Rather, a broad and deep sanctions approach is necessary if it is to stand any chance of coercing the people who may be able to reach Putin – Russia’s oligarchs.

Average Russians are waking up each day to new economic realities, including a steep decline in the ruble’s value, a steady erosion of their personal savings, rising inflation, lost jobs and emptying store shelves. The government, meanwhile, has few means to revive the flatlining national economy. It cannot access sufficient hard currency reserves or secure new financing, and it is increasingly difficult to generate fresh revenue through energy exports. Foreign investors are fleeing.

The United States and European Union warned Putin that if he attacked Ukraine, he would pay a steep price. Putin disregarded these warnings and was not prepared when the West reacted swiftly in unison to impose unprecedented sanctions. Putin’s miscalculation has placed Russia’s economic future at risk.

Putin himself is insulated from the economic shocks of his own reckless actions. This is why the U.S. and EU are sanctioning Russia’s political, financial and industrial oligarchs. Such actions represent the best bet in trying to exert pressure on Putin to end the war.

Putin rules Russia through a hierarchy of various interest groups, commonly referred to as the “vertical of power.” Under this system, Putin manipulates various interest groups within the security services and other government agencies, state-owned enterprises and private businesses. These elements collectively form an oligarchy, operating not only above the law, but, in fact, are capable of abusing the law to protect their power and pursue their own ends.

The current system is smothering, but so was Soviet communism, which collapsed suddenly in 1991. Ultimately, Putin’s vertical of power, like the Soviet system, is not indestructible. Putin’s personal position atop the power pyramid depends in part on the loyalty of oligarchs who comprise the foundation of the structure.

Now that Russian forces have failed to meet the Kremlin’s early expectations of a quick victory in Ukraine, cracks in Putin’s vertical of power are appearing. Sanctioned Russian oligarchs, including the chair of Alfa Bank Mikhail Fridman and the founder of RUSAL Oleg Deripaska, have publicly opposed the war. The board of directors of Lukoil, Russia’s second largest oil company, has called for an end to the war. Roman Abramovich, cofounder of the oil company Sibneft and former governor of Chukotka, agreed to a request from Ukraine to help mediate an end to the war.

The West is also expanding and strengthening sanctions on oligarchs who are alleged to have knowledge of Putin’s personal finances, including Yuri Kovulchuk, the chair of Bank Rossiya, Gennady Timchenko, a shareholder in the oil and gas firm Novatek, and Arkady Rotenberg, a construction magnate and the purported owner of the $1 billion, Versailles-style palace on the Black Sea that was allegedly built for Putin. As such individuals face increasing pressure from sanctions, as well as scrutiny from foreign law enforcement agencies, their alleged knowledge of where Putin’s personal assets may be hidden could become a point of leverage.

The cracks in Russia’s system must widen and multiply if they are to compel Putin to end the war. In particular, the oligarchs who are closest to Putin will need to feel more pressure.

In today’s Russia, it may seem implausible that oligarchs can find the political will to act. But the first cracks in Putin’s system have appeared. There is a possibility that more oligarchs may join in speaking out against the war, and that they may coalesce into a sufficiently powerful group to force an end to Putin’s Ukrainian invasion.

The stakes could not be higher. Even if there is only a small chance that Western sanctions can end this war, they must be pursued and kept in place as long as Russian troops are on Ukrainian territory.