New pressure from Washington will make China look even closer at Central Asia. 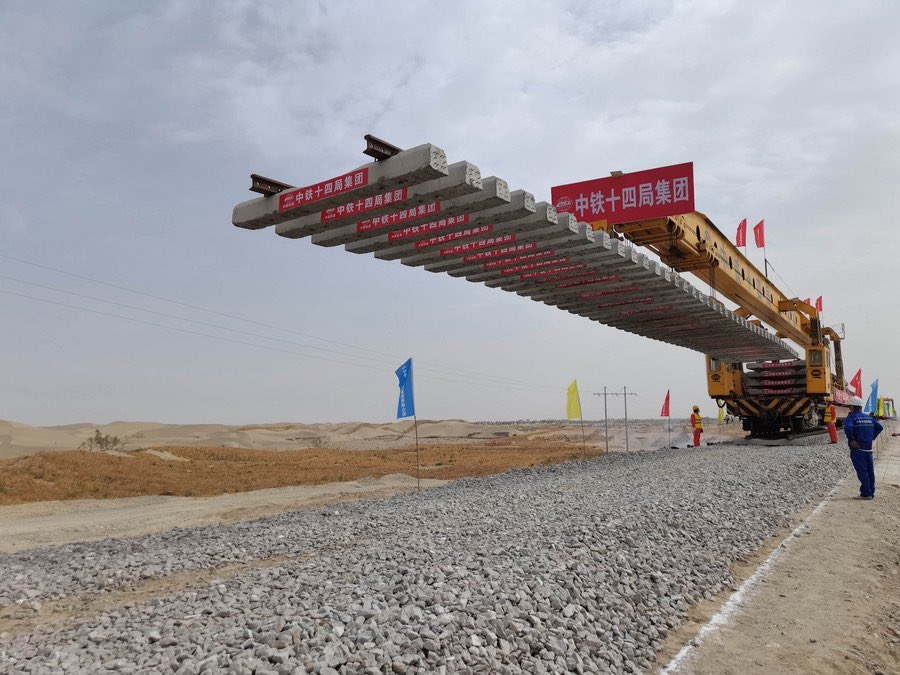 The high-level meeting between Chinese and American officials in Alaska this month laid bare the fundamental gulf separating the two and served as the opening salvo in a new chapter of tensions in Asia.

It is now evident that the U.S.-China rivalry – encompassing economic, diplomatic and military dimensions – is the organizing principle of international affairs today and will remain so for the foreseeable future. Though both powers have global reach, the focal point of the rivalry will be Asia, with long-lasting consequences for post-Soviet Central Asia.

Following the encounter in Anchorage, Yang Jiechi, China’s highest-ranking diplomat, made it clear that Beijing has no plans to back down. “China will firmly safeguard its national sovereignty, security and development interests,” Yang said.

For its part, the new Biden administration has promised “extreme competition” and has sent envoys around the world to bolster existing alliances and forge new coalitions, such as the Quadrilateral Security Dialogue (Quad) with Australia, India and Japan. The four are “committed to a free, open, secure and prosperous Indo-Pacific region,” the leaders wrote in the Washington Post.

To understand how Beijing’s Eurasia strategy will adapt, let’s step back and see where it came from.

Central Asia has long held a special place in the eyes of Chinese policymakers. As early as 2001, Liu Yazhou, a PLA general believed to be a close Xi confidant, said the region holds “extremely great geopolitical strategic value,” adding that whoever controls it holds the key to “the future of countries at the other end of the [Eurasian] bridge.” In 2010, Liu elaborated, dubbing Central Asia a “rich piece of cake given to today’s Chinese people by heaven.” For Liu, this is China’s underbelly and any Western pressure here has “a more far-reaching influence on us” than the American presence in the Pacific.

Two years later, Wang Jisi, a former dean of the School of International Studies at Peking University, proposed that China invest in a massive economic and diplomatic push westwards to build influence in a part of Eurasia largely devoid of Americans. Most of Wang’s ideas, coined the “March West” strategy, were soon repackaged into the Belt and Road Initiative – the BRI, President Xi Jinping’s flagship foreign policy project – which has made China an indispensable investment and trade partner to Central Asia’s isolated countries.

With the U.S.-China rivalry now out in the open, we can expect three things from Beijing.

First, Central Asia will remain critical to Beijing’s strategic calculus. The region lies on the main east-west axis for the BRI, which is here to stay. It borders Afghanistan, where Beijing has security concerns. It is also an important source of energy. The maritime dimension of the U.S. rivalry only reinforces Beijing’s fear of sourcing energy supplies by sea.

Second, though Beijing considers alliance systems a relic of the Cold War and is unlikely to make formal alliances with any other power, it will deepen its strategic partnership with Moscow.

Hardly three days after the showdown in Alaska, China’s foreign minister hosted his Russian counterpart, Sergei Lavrov, who called Sino-Russian relations the “best in their entire history.” The two sides condemned Western human rights sanctions and proposed a new regional security dialogue. As they grow further from the West, their mutual interests – and rhetorical banalities – coincide. Both are wary of popular uprisings. If Beijing had its way, Moscow would use its hard power in Eurasia "to protect [BRI projects] from the harm of the 'color revolutions' instigated and backed by the U.S.,” a member of the Chinese Academy of Social Sciences told the Party mouthpiece Global Times during Lavrov’s visit.

And third, we can expect China to double down on economic engagement with countries along the BRI. Some in China would like to make Central Asia a testing ground for a new yuan-based payment system to reduce reliance on the dollar. Dong Dengxin, director of the Finance and Securities Institute at the Wuhan University of Science and Technology, told Global Times that China and Russia should coordinate to “push forward a trial run in Central Asian countries.”

In the months ahead, as the world emerges from lockdown, Beijing will want to show Central Asia it can be a reliable economic partner, especially since its strict COVID regime has hurt these neighbors’ economies. Repeated pleas for border crossings to reopen or resume in full capacity reveal how little agency Central Asia’s governments have, one of many sources of local Sinophobia. Further opening its market to Central Asia would be an effective way for Beijing to increase its long-term leverage.

As “extreme competition” heats up around the globe, Beijing will expand and consolidate its already substantial influence here – the one borderland where it is not challenged by Washington.