From Azerbaijan’s perspective, there are perils to either the reelection of the incumbent prime minister or the return to power of his main rival, former president Robert Kocharyan. 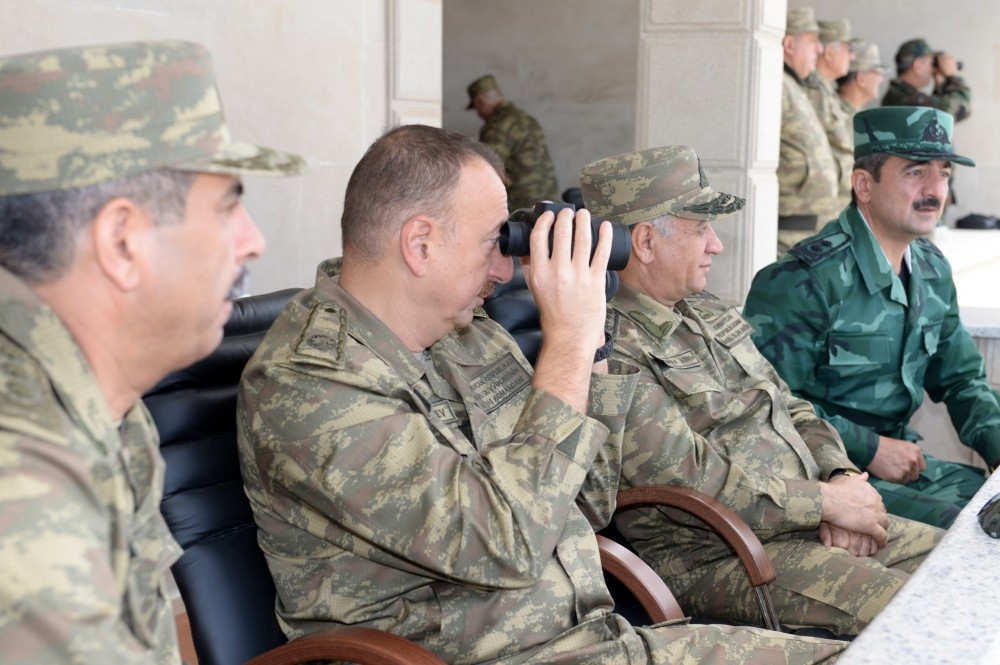 With parliamentary elections in Armenia approaching on June 20, its neighbors in Azerbaijan are watching particularly closely.

The outcome of the vote will determine the immediate future of the conflict between Yerevan and Baku, which is far from over after the end of fighting last year that saw Azerbaijan regain many of its territories in and around Nagorno-Karabakh. Key issues that remain to be resolved include the final status of Nagorno-Karabakh, the demarcation of borders between the two countries, and the re-establishment of transportation connections, as stipulated in the November 10 ceasefire statement.

From Baku’s perspective, what matters is not only the result of the Armenian elections but also the process leading up to it. Armenian society is badly polarized, with the incumbent prime minister, Nikol Pashinyan, and his main rival, former president Robert Kocharyan, exchanging threats and insults and engaging in populist and irredentist rhetoric. There appears to be a real risk of confrontation spilling into the streets.

Armenian polarization benefits Azerbaijan in two major ways. First, an erosion of state institutions – exemplified by mass resignations at the foreign ministry – means there is no capacity to devote energy and political capital to the fate of Karabakh, or even to the defense of Armenia proper against Azerbaijani encroachments on its territory.

Second, Baku can frame Armenia as a failing state while contrasting it with its own seemingly functioning institutions. This narrative implies that the authoritarian stability as embraced by Baku is preferable to the chaos and defeat that democracy brought to Armenia.

It also vindicates the Azerbaijani regime’s skepticism about “Western values” and closer ties with Europe. Although Armenia after 2018 made some strides in liberalization following Western models and signed a cooperation agreement with the European Union, in its hour of need the EU didn’t rush to its defense. Admittedly, the organization can’t do much in terms of hard power but the EU’s perceived “both-sideism” in the conflict nevertheless came as a rude awakening to the pro-Western segment of Armenian society.

Azerbaijan’s president Ilham Aliyev, by contrast, understood that the key to his diplomatic and military success lies in cultivating his Russian counterpart Vladimir Putin, formally a treaty ally of Armenia. Both fellow Russian-speaking post-Soviet autocrats, Aliyev and Putin “get” each other. Conversely, as a populist leader who came to power via a revolution, Pashinyan – although he is as pro-Russian as any Armenian leader – has never truly belonged to the club.

Armenian instability also helps bolster Aliyev’s domestic legitimacy. The present conditions in Armenia are often compared with those prevailing in Azerbaijan during the short-lived rule of the last democratically elected president, Abulfaz Elchibey, in early 1990s – a traumatic period remembered by many as a time of national disintegration. By equating Pashinyan with Elchibey in terms of the nefarious consequences of their policies for national security, the regime delegitimizes the (still pro-Elchibey) opposition in Azerbaijan as an “anti-national force.”

However, the political and psychological satisfaction from Armenia’s woes can only take Baku so far. What really matters is the implementation of the November 10 ceasefire statement.

Azerbaijan is particularly interested in establishing a land corridor to its exclave of Nakhichevan through Armenian territory. This is a project in which Azerbaijan’s main sponsor in the recent war, Turkey, has a particular stake as it would open direct land access to the Turkic republics further east in Central Asia. Geopolitically, this is a more consequential project than even restoring Azerbaijan’s sovereignty over the entirety of Nagorno-Karabakh: it would enhance the clout of the Baku-Ankara tandem in the region, not least in relation with Iran, and open the way for Turkey’s eastward expansion. Baku sees itself as an indispensable cog in this strategy.

For that strategy to develop, however, Baku needs a government in Armenia capable of delivering on the trilateral statement, in particular the creation of the Nakhchivan transport route. The idea is deeply unpopular in Armenia as it is seen as threatening Armenian sovereignty. Baku’s frequent invocation of historical claims on Zangazur, or Syunik, an Armenian territory through which that route is supposed to be established, certainly has not served to build trust. A collapse of Armenian statehood, however, would render that agreement unimplementable.

That would put Azerbaijan in a quandary. To secure the corridor, it would have to do it unilaterally, by force. But, unlike in Nagorno-Karabakh, that would mean attacking Armenia proper, which is protected by Russian security guarantees. Moscow, hitherto quite accommodating to Baku, would see its credibility tested. One possible alternative – increasing pressure on Nagorno-Karabakh – is also risky for Baku, as it could be seen as a threat to the Russian peacekeepers deployed there. Aliyev has put significant stock in his relationship with Putin and is therefore unlikely to risk a major escalation. On top of that, the Georgian precedent of attacking Russian peacekeepers in South Ossetia in 2008 is on everybody’s mind in the region.

Kocharyan’s victory could likewise jeopardize Azerbaijan’s plans and introduce a further element of uncertainty. Running as the “anti-Pashinyan,” he is openly critical about the trilateral statement and has denounced the provision of the land corridor as unacceptable. He would be less hesitant to use force to evict Azerbaijani soldiers from Armenian territory than Pashinyan. Also unlike Pashinyan, Kocharyan always has had good chemistry with Putin and has declared that his foreign policy would be unambiguously pro-Russian. It remains to be seen whether Moscow will respond to these overtures by tilting towards Armenia.

Given the alternatives – prolonged instability or Kocharyan’s restoration – Pashinyan’s victory in the upcoming elections is probably the best option for Baku to achieve its objectives. With renewed domestic legitimacy, but externally weak and dependent, he may be the only one capable of delivering on the agreement he himself signed.