Perspectives | Don’t blame Armenia for its ties to Russia

Yerevan in the post-Soviet era has had no viable alternative to a reliance on Moscow. 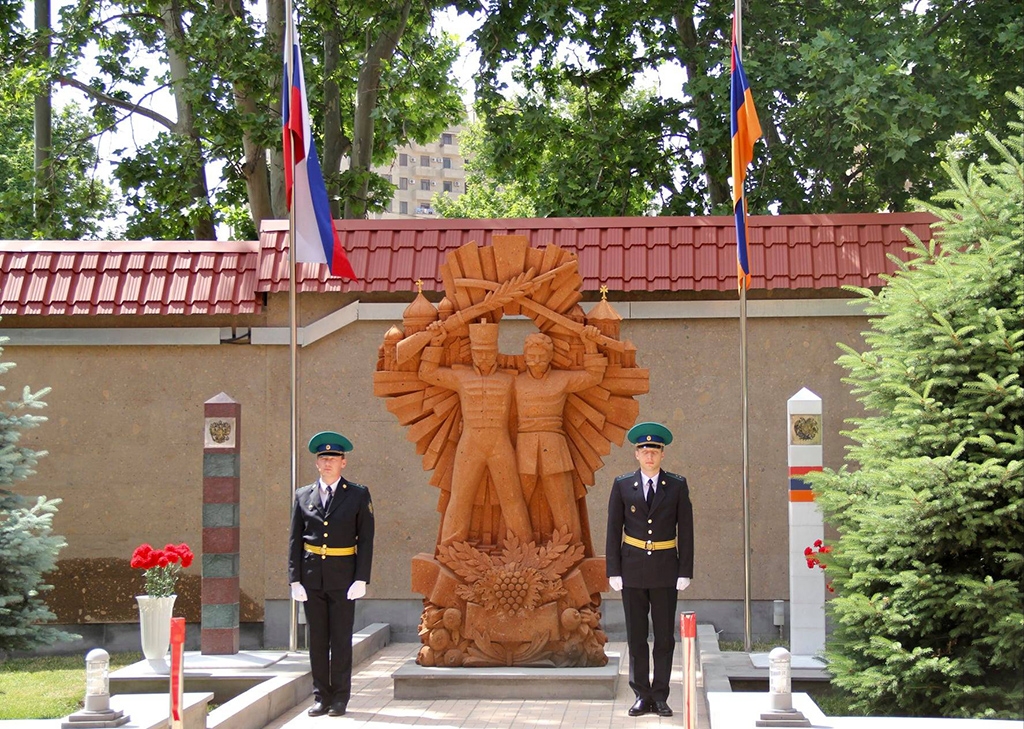 One bloody adventure by an authoritarian ruler begets another. While the world watches President Vladimir Putin’s assault on Ukraine, another post-Soviet strongman, President Ilham Aliyev of Azerbaijan, may be testing the waters to resume his own war of conquest. His target is the Nagorno-Karabakh de facto statelet and its population of ethnic Armenians who, since the twilight of the Soviet era, have sought to secede from the Republic of Azerbaijan to which Soviet map makers assigned them. For the last three decades, through periods of outright violence and “frozen” strife, each side has recited proclamations of “self-determination” or “territorial integrity.” Now, in a moment of Eurasian agony and global alarm, Armenia is being unjustly blamed for its ties with Russia.

Today’s partnerships and animosities of the South Caucasus have roots in the 1800s, when the competing Russian, Ottoman, and Persian emperors vied for control in their congested borderlands. Modern Russian-Armenian relations are grounded in centuries of religious familiarity and socio-political symbiosis, but this is a complex story where Moscow has sold weapons to both Armenia and Azerbaijan to advance its claim to a “sphere of influence” in the South Caucasus. To be sure, Russia’s national interests, rather than humanitarian benevolence, explain why Russia continues to patronize a country as small and poor as Armenia. In return for economic and military aid, Armenia hosts a Russian garrison and participates in the Kremlin’s post-Soviet blocs, such as the Eurasian Economic Union and the Collective Security Treaty Organization. Democratically elected Armenian leaders have dutifully paid these political fees of ensuring Armenia’s survival in a sense that has a special meaning to a nation steeped in unacknowledged genocidal trauma.

Since the start of Putin’s senseless assault on Ukraine, diverse observers have condemned Armenia for what they portray as Yerevan’s “devil’s bargain” with, or “vassalage” to, Moscow. The crux of this rationale is not only that Armenians must condemn more vociferously Russia’s ongoing aggression against Ukraine, but also that Armenians have erred historically in casting their lot with the evil empire. Retired European statesmen, former Ukrainian officials, and even scholars have expressed bellicose glee at reports of Azerbaijan’s renewed violence in Karabakh. The fabricated, quickly debunked reports that Armenia’s SU-30 fighter jets were deployed against Ukraine spread on social media rapidly last week, shared out of both ignorance and malice. Opportunists sought to capitalize on the false story to call for sanctions against Yerevan.

Armenia’s refusal to recognize Russia’s annexation of Crimea, its abstention in the UN General Assembly on a resolution condemning Putin’s war, and its rejection of the self-proclaimed Donetsk and Luhansk “people’s republics” have irritated Moscow, yet Yerevan’s detractors appear to have overlooked these signs of Armenia’s difficult maneuvering of the new diplomatic minefield. The sacrifices of Ukrainian-Armenian soldiers defending their homeland against Russian invaders, too, resist reductive categorizations and thus remain outside mainstream narratives. Such complexities escape those observers who prefer essentializations to the nuances of Eurasia’s intertwined politics. The small friend of a big pariah ought to become a pariah, too, goes the knee-jerk sentiment. This opprobrium ignores the realities of the Armenian political experience.

Yerevan in the post-Soviet era has had no viable alternative to a reliance on Moscow. Turkey shut its border with Armenia in the 1990s in solidarity with its ethnic cousin, Azerbaijan, during the First Karabakh War, which left ethnic Armenians in control of large chunks of territory internationally recognized as Azerbaijani. The fact that Turkish officials continue to deny the Armenian Genocide only adds to the skepticism of average Armenians about the possibility of reconciliation. Recent signals toward a “normalization” of relations between Yerevan and Ankara are welcome, but they come after decades of suspicion. Time will tell whether such a geopolitical shift can offset Armenia’s economic and political reliance on Russia, but at the moment that seems unlikely. More than 500,000 Armenian citizens work in Russia and more than a million ethnic Armenians are citizens of the Russian Federation (compared to fewer than 3 million living in Armenia), diming the prospects of a social divorce between the two entangled nations. Economically, too, the relationship renders Armenia locked to Russian imports. If the West is scrambling to figure out how Germany can endure without the 50 percent of its gas supplies from Russia, can we expect Armenia to find an alternative to the 99 percent of its wheat that it receives from Russia?

Meanwhile, Armenia’s tense neighborhood – encircled by Turkey, Iran, Georgia, and Azerbaijan – leaves it surrounded by two unfriendly neighbors and two cautiously friendly states that have their own problems. Armenia is economically, demographically, and militarily smaller than Azerbaijan. The asymmetry of the conflict was on full display in late 2020, when Baku launched an assault on the Armenians of Karabakh. Backed by Syrian mercenaries and armed with advanced Turkish, Israeli, and Russian weapons purchased by the oil-rich regime, Azerbaijan succeeded in constricting the autonomous Armenian territory at a high human cost. Russia’s simultaneous role as a contributor to, and an arbiter of, conflicts in the South Caucasus was reinforced when the Second Karabakh War ended through Moscow’s direct mediation and its placement of peacekeeping troops as a buffer between the belligerents. Russia intervened only to secure its bona fides as a power broker in the region, but its actions did stop a bloodbath. This basic fact has only deepened Armenia’s reliance on Russia’s political and strategic backing, which is a reality recognized but not necessarily welcomed by Armenians inside and outside the republic.

Like other diverse societies, Armenia’s vibrant civil fabric produces idealists of every stripe. Some groups adhere to reactionary ethnonationalism and revanchist dreams. More Western-oriented segments insist that Armenia can and must shed its dependence on Moscow to pivot toward a European Union that has expressed only tepid interest in Armenia’s future. There are certainly many Armenians with pro-Russia and pro-Putin sentiments. But to blame them for taking the only outstretched hand of assistance is to misunderstand the intricacies of Eurasian politics and to misread the Kremlin’s diverse tools for keeping a grip on a post-Soviet space desperate for the dignity of true independence.

Stephen Badalyan Riegg is an assistant professor of history at Texas A&M University and author of Russia’s Entangled Embrace: The Tsarist Empire and the Armenians, 1801-1914.