A new online art market connects Central Asian artists with their public and each other. 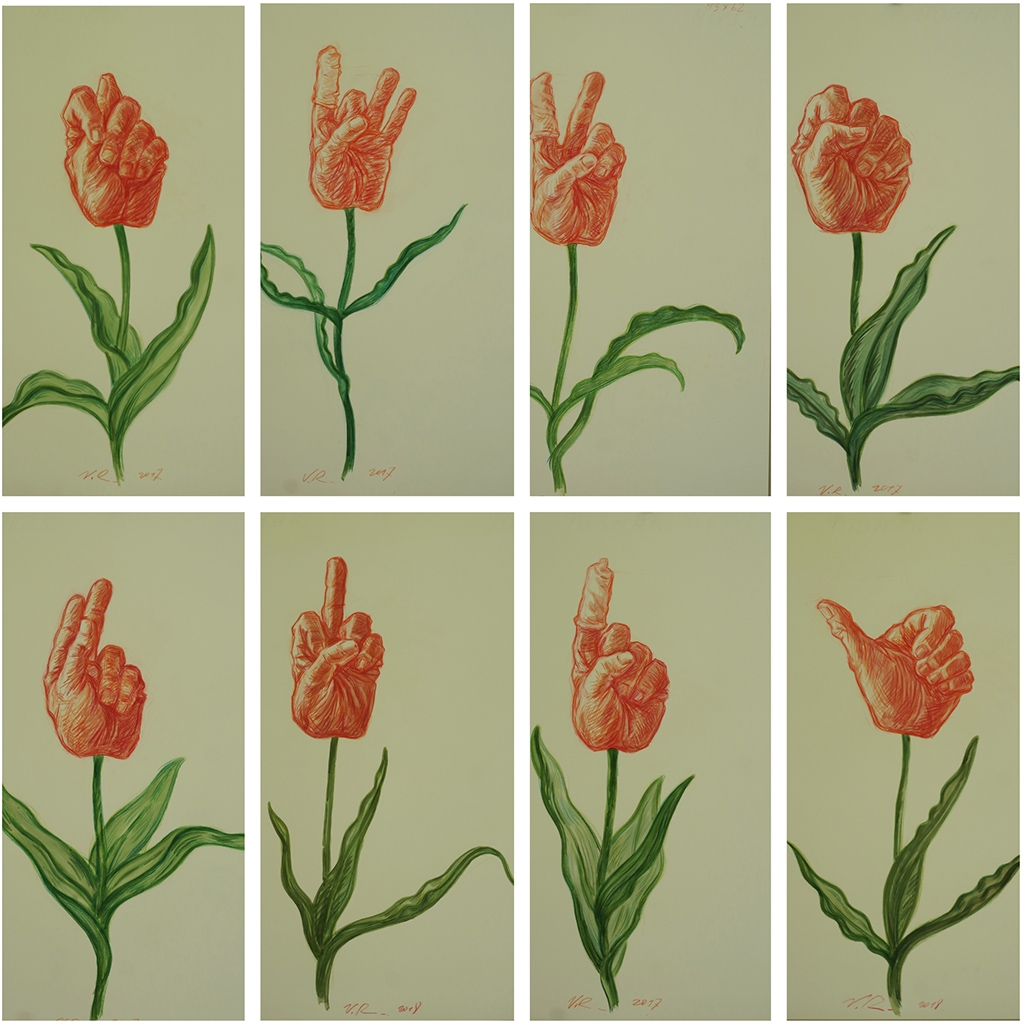 The Central Asian bazaar is more than a shopping center with good deals. Like the ancient Greek agora, it is a place to hear the latest news, rumor, advice and debate. The bazaar unites. It spreads new ideas.

So it is fitting that the creators of a new art community that launched on Facebook in mid-April called their project “Art Bazaar.” The project – a “platform for socially oriented initiatives” by artists, collectors and other interested people “to have a common space during quarantine” – brings together over 100 artists from Kazakhstan and Kyrgyzstan, but also Uzbekistan, Turkmenistan and Russia.

For Central Asia, the project is revolutionary.

There is no other Central Asia-wide art market or discussion forum. The Facebook project is a 24/7 auction, displaying works by recognized masters adjacent to those of yet little-known artists. The organizers do not earn anything from sales, though artists who sell 10 pieces are required to donate a work to fund an exhibition that will be organized when social distancing is lifted.

There are no barriers to membership save a pledge to be respectful and behave in a manner becoming an established art market. This accessibility does not curb quality, however. Instead, the democratization of the interaction transforms the nature of the art, blurring boundaries.

Art Bazaar is also a rare example of cross-border collaboration in Central Asia, a region notorious for restricting movement. Works sold on the platform have already been successfully shipped between Kazakhstan and Kyrgyzstan. But Art Bazaar is not only for buying and selling art. It is an exchange of opinions and ideas.

Though the project is modeled after a similar Facebook group in Russia – the Ball and the Cross – much of the work is far more political, exploring themes close to Central Asia’s long-intimidated activist community.

Valery Ruppel’s talking tulips (above), already legendary among art lovers in the region, highlight the aesthetic activism now emerging in Central Asia. The tulip – a symbol of Kyrgyzstan’s first revolution – gestures in protest, in anger, in mockery.

Other works might be called “self-orientalized” – self-conscious plays on Western stereotypes of the region. In a piece from her series "Kazakh Funny Games," Saule Dyussenbina visualizes (right) a man triumphantly riding a horse as it is sucked into a meat grinder. In this ironic work, the hero is consumed by the utilitarian, offering us a national dish.

While some artists are challenging established sensitivities, others are just trying to survive. As one artist told me, "in order to attract interest on Russian art sites, I had to adjust to their taste, to make my work more commercial."

For local tastes, artists can offer works without adjusting to these imposed preferences, creating an exclusive and particular Central Asian art that stands against banalities. This art addresses many of Central Asia’s urgent political imperatives. Kazakh artist Beibit Asemkul (right), for example, focuses on cultural challenges often ignored by the region’s leaders, from the oppression of women to environmental degradation.

A recent comment in the group on how Central Asian art differs from its Russian analogue sparked many remarks on the lack of a uniting theme in the works, as many of the region’s artists confirmed that they are still searching for a style of their own.

This is part of the challenge of building an art space for a region so diverse and fragmented. As Reichmuth, the bazaar’s co-creator, told me: “Art Bazaar is a space of unity and diversity.”

Snejana Atanova is a PhD candidate at l’Institut national des langues et civilisations orientales (Inalco) in Paris with interests in the culture and nationalism of Central Asia.