Dushanbe is dependent on Russia and indebted to China. Will the IMF come to the rescue? 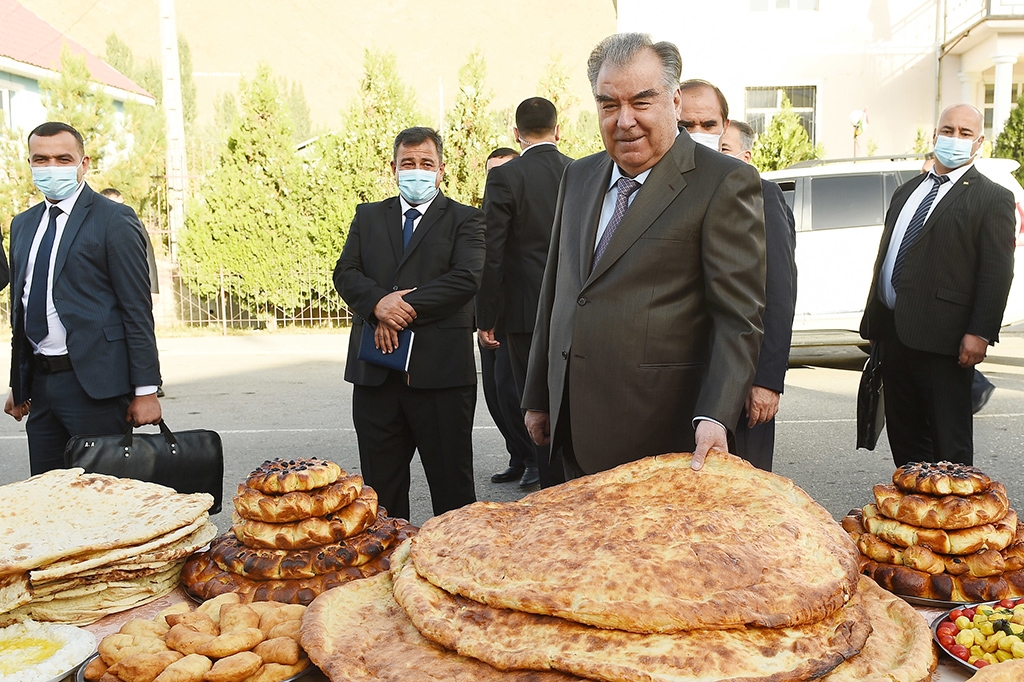 For the first time in a decade, this week Tajikistan is due to send a delegation to Washington to seek aid from international financial institutions. Facing risk of default, the Emomali Rahmon regime has finally run out of alternatives.

Last time the perennially penurious and corrupt Central Asian nation received a preferential loan from a Western lender it was caught cooking the books. Dushanbe then turned to China and international capital markets.

Now it has exhausted those options and is confronting emergency. Russia’s invasion of Ukraine and the punishing Western sanctions in response portend the biggest economic shock to the region since the fall of the Soviet Union, threatening the remittances that total over a quarter of Tajikistan’s GDP. Earlier this month Rahmon instructed his public to stockpile two years’ worth of food.

He cannot tap capital markets because Tajikistan’s ability to service its sole Eurobond looks wobbly. Dushanbe sold the $500 million bond in 2017 at the height of emerging-market debt exuberance to help finance the giant Rogun hydropower dam. Though Rogun has since launched two of its six planned turbines, electricity shortages remain crippling and completion isn’t due until 2028. Meanwhile, annual service payments of $35.6 million underscore the costs of borrowing for a country with a “junk” investment rating.

Though its headline debt-to-GDP ratio, at 51 percent, is lower than neighboring Kyrgyzstan’s by some 20 percent, Dushanbe faces an even more rapacious elite, greater indebtedness to China, and larger exposure to Russian remittances.

On March 30, Moody’s announced it was reviewing Tajikistan for a possible downgrade to CCC+, six notches above default. Default risks cutting Tajikistan off from capital markets even further, raising its borrowing costs over the long term and pushing the government into austerity. On April 8, the Asian Development Bank warned Tajikistan against taking any new non-concessional loans.

Not that any are on offer.

Beijing owns one-third of Tajikistan’s $3.3 billion external debt and has tapered the yuan firehose in recent years. China continues to invest – lately in natural resources that can be removed, not enterprises that create domestic wealth or stability. A $136-million gold processing plant that opened last week is illustrative: The Tajik partner in the joint-venture is Talco, an energy hog that for decades has served as the private piggybank for the president and his family. The deeper Tajikistan’s debt to Beijing, the more Western international financial institutions (IFIs) may be reluctant to lend, fearing their support will be sucked straight into China.

So the Rahmon regime’s return to the West is not a course correction, but an admission: It lacks options.

Relations between Dushanbe and IFIs are the stuff of legend in development circles. Tajikistan effectively defrauded the International Monetary Fund in the 2000s, before the global financial crisis. In February 2008, the Fund accused Dushanbe of lying on an application and demanded early repayment of a loan – a particularly rare ultimatum – and an audit. Dushanbe reshuffled its central bank and complied, and the IMF said it would continue to support Tajikistan.

But the former chair of the central bank who was at the heart of the fraud, Murodali Alimardon, was reshuffled into another government post, to run Agroinvestbank (which finally collapsed last year). No IFI offered support again until COVID hit in 2020.

This past February, the IMF renewed its longstanding policy advice – the same advice that has been ignored so many times before – to improve transparency, financial management and accelerate structural reforms. It even noted the Tajik “authorities’ interest in a potential arrangement with the Fund to support their reform agenda,” an indication that the IMF may be preparing to resume lending.

Surely, after all this, no one expects the sticky-fingered Rahmon regime to change. But with sanctions unleashing economic pain across the region, the West may have decided it has no choice but to keep unstable countries like Tajikistan from collapsing altogether.