The annual focus on Pride parades makes queerness a geopolitical issue. And that does not help Georgia’s LGBTQ community, which faces violence and economic marginalization. 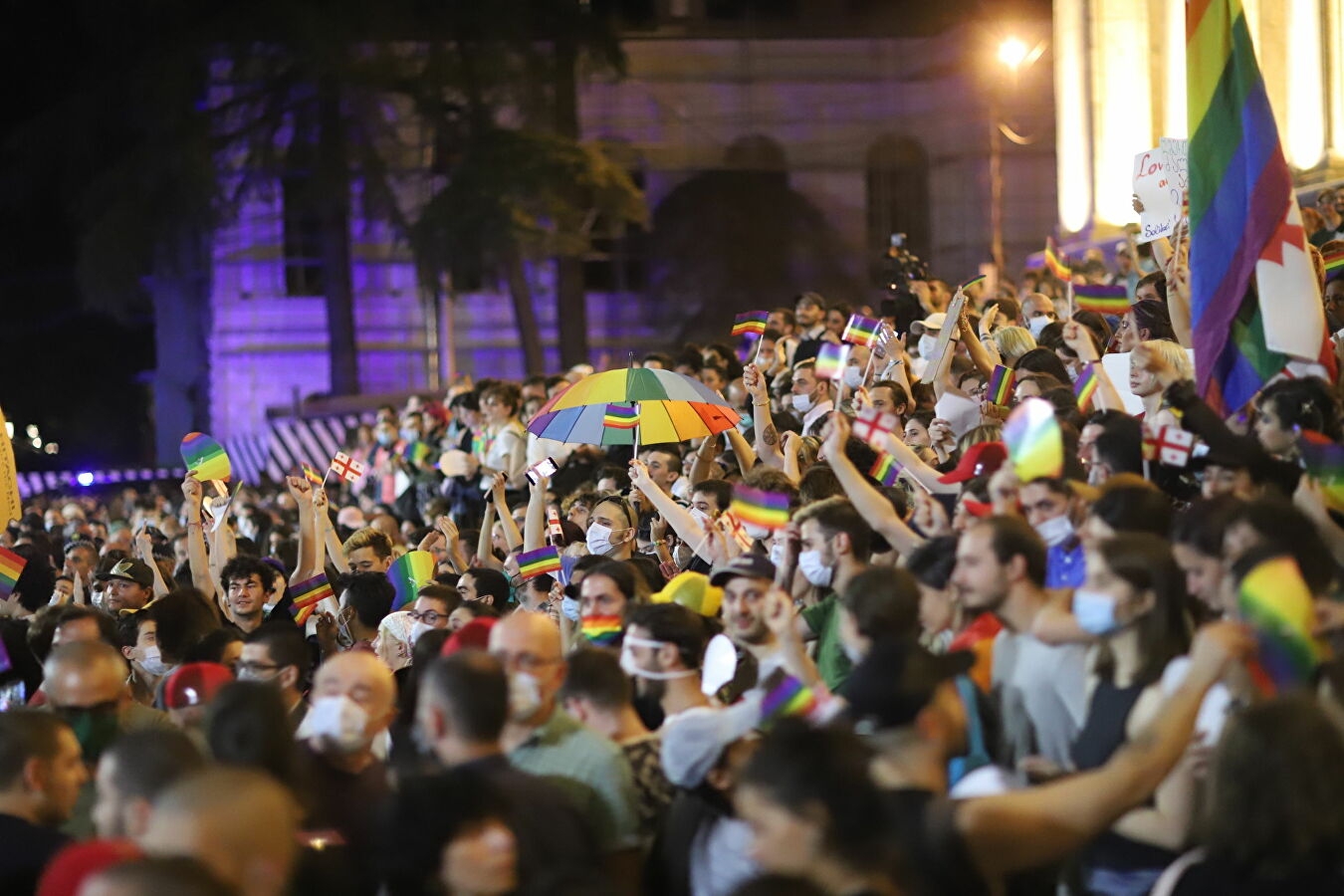 Of course, Georgian queers should be able to do what straight people here do: fully participate in the social, economic and cultural life of the country. Queer rights are universal.

But the way that queer rights are conceptualized here, with a heavy emphasis on the annual attempt to hold a Pride event, ignores the particular and very real needs of Georgia’s queer community.

Queers are one of the most vulnerable groups in Georgia. It is hard for all young Georgians to start a life on their own with the high cost of housing. But for young queers, especially in rural areas, who are often thrown out of their homes at a young age by their conservative families, it is an even greater burden. Georgia’s queers work primarily in the privatized and unregulated service and healthcare industries. All workers in these sectors are underpaid and exploited, but queers are often even more so given their vulnerability to blackmail and fear of not being able to find another job.

These problems are not on the agenda of Georgia’s most prominent LGBTQ-focused NGOs. Instead, for many years now the emphasis has been on visibility, specifically attempts to organize a Pride parade of the kind that takes place every summer in many other parts of the world.

As has been well-documented, Pride events in Georgia have invariably been met with large-scale violence. Participants require bravery: Organizers risk their lives and health. But the consequences for ordinary queers are even greater. In the aftermath of Pride, Georgia often sees an increase in homophobic violence. Last year, the day after Pride, a Polish tourist who was wearing an earring was stabbed, reportedly because the attacker thought he was gay. Ordinary queer people put themselves at risk every time they take public transportation, a threat that relatively well-paid NGO leaders can insulate themselves from by taking taxis.

There have been some attempts to organize the queer community around other issues, such as last year’s massive protests against the Namakhvani hydropower project or strikes like those of metro workers and social workers. But there is a disproportionate amount of international media coverage, diplomatic support – and funding – for the efforts to organize a Pride parade.

This focus on visibility serves a broader political agenda: It makes queerness a geopolitical issue, by centering a comparison between the rights of queer people in Russia and in the West. And in Georgia, the idea of the “West” is tightly linked to a specific laissez-faire economic agenda of free markets and deregulation. And so this narrative emphasizing the Western origin of liberal values often serves a regressive economic agenda: opposing progressive taxation, gutting labor inspection agencies, and stymying efforts to create a minimum wage.

Of course, in general the situation for queers is better in some countries of the Global North or Latin America than it is in Russia. But a focus on that fact obscures the specifics of the social and economic needs of queers in Georgia. Copying Western versions of Pride without taking into account the differing historical context here makes queer rights appear as something “foreign,” opening the door for right-wing groups to mobilize among ordinary, conservative Georgians.

This effectively reproduces the unequal status quo in Georgia. If pro-Russia, right-wing groups mobilize the masses by raising the specter of the West “imposing sodomy” on Georgians, pro-Western neoliberal politicians instrumentalize queer rights in the service of promoting economic policies that in the end harm queers.

The notorious, violent attacks against the 2021 Tbilisi Pride events only heightened the cultural and social tension in the country. While the ruling Georgian Dream party used the issue to appeal to the more conservative parts of its base and failed to protect queers when right-wing groups attacked, the opposition geopoliticized the events, using them as a cudgel to paint Georgian Dream as pro-Russia and anti-West.

This was further heightened in the 2022 version of Pride. The events – which were closed this time, with no attempt to hold a public march – were conspicuously attended by ambassadors from the United States and Europe. This gave further ammunition to conservative pro-Russia and Christian groups to link “sodomy” and the West. When alt-right protesters were prevented from disrupting the event, some of them marched instead to Georgian Dream’s headquarters to criticize the government’s defense of the Pride events. They then continued on to the EU delegation office, where they burned the EU flag.

An alternative approach – centering on the real needs of queers in Georgia rather than geopolitics – would help lessen the intensity of the identity politics and culture war and disarm the far-right. Rather than isolating themselves behind police cordons, Georgian queers can build bridges with other working-class Georgians to focus on priorities that will make all of our lives better.

The plight of queers in Georgia is not a geopolitical game to be played by the political elites. We would instead be better served by asking how the country’s economic and social policies of the last 30 years have damaged the community and how progressive policies might address its real needs.

Revaz Karanadze is a labor organizer and a political economist in Tbilisi.