Anti-Russian belligerence will not help Georgia, but nor will the current government’s attempts to avoid conflict at any cost. 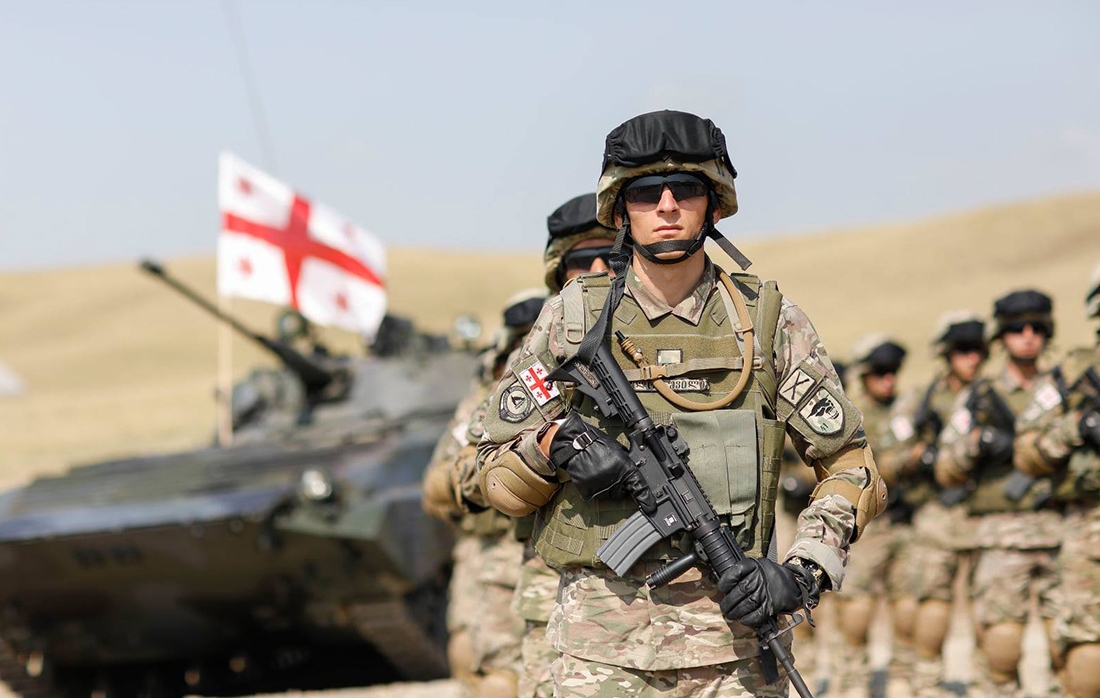 “Georgians know Russia well. […] the Kremlin twists the truth and distorts history. […] Russia is the country which destroyed the Republic of Georgia in 1921, desecrated Georgian Orthodox churches, and tried to smother the Georgian language.” This undiplomatic language was part of a January 11 statement by United States Ambassador to Georgia Kelly Degnan.

The Georgian government, by contrast, has been circumspect.

The silence from Georgian prime minister Irakli Gharibashvili, as Russia masses its troops on Ukraine’s border, has been deafening. The only senior official to offer vocal support for Ukraine has been Foreign Minister David Zalkaliani, mainly via Twitter. After opposition parties demanded a parliamentary debate on the issue, the ruling Georgian Dream party at last produced a draft statement on January 26 linking the defense of Georgia’s own rights as a sovereign country to those of Ukraine. The tone, however, was restrained. The fact that it made no mention of Russia was ridiculed by Georgians who wanted them to take a more forceful stand and who saw it as confirmation of the current administration’s lukewarm attitude toward the West and the values it represents.

The Georgian government’s reticence is in some ways inexplicable: Georgia and Ukraine share a long and positive relationship. In the nineteenth century, Georgian and Ukrainian intelligentsias bonded over resistance to Russian rule; facing Bolshevik armies on their borders between 1918-20, the independent Georgian and Ukrainian republics recognized one another diplomatically.

Today, their interests converge again over relations with Vladimir Putin’s Russia. Both Georgia and Ukraine underwent “color revolutions” and have asserted pro-Western and pro-democratic orientations. Both countries have experienced Russian military aggression and both have lost control of some of their territory to Russia or Russia-backed forces.

Georgia formally recognizes Ukraine as a vital strategic partner, and scholars Levan Kakhishvili and Alexandre Kupatadze found that since 1991 fully 39 percent of all Georgia’s bilateral agreements have been with Ukraine.

Both are striving for European Union and NATO membership, and are seen unofficially by the EU and NATO as a “package.” What applies to one state regarding closer integration with the EU or membership of NATO generally applies to the other. In that sense, they are joined at the hip. This calls for greater coordination, the development of joint Ukrainian-Georgian strategies for deeper integration into the Euro-Atlantic structures, though that coordination is not evident today.

In the last few years there also has been significant tension between the two countries connected to former Georgian President Mikheil Saakashvili’s appointment to senior positions in the Ukrainian government. Before Saakashvili returned illegally to Georgia in September 2021 and found himself in prison for alleged crimes he committed as president, he had been the chair of Ukraine’s Executive Reform Committee, appointed by President Volodymyr Zelensky in 2020.

The Georgian government argues its caution vis-à-vis Russia is judicious: Georgia is a small state in an international order which has persistently ignored its interests. In 1921, the West effectively withdrew its support for independent Georgia in the face of an aggressive Soviet-Turkish alliance. In 2008, the official report by Swiss diplomat Heidi Tagliavini on the Russian-Georgian war of 2008, endorsed by the EU, blamed Georgia for starting the war. In doing so it showed little understanding of the colonial context of Russian-Georgian relations, or of Russia’s familiar use of stealth and “salami tactics” to ensure domination over weaker states.

Georgia’s fear of abandonment by the West is credible: Neither NATO nor the EU see Georgia as central to their interests. This was vividly demonstrated in the aftermath of the 2008 Russian-Georgian war, when President Barack Obama quickly moved toward a “reset” of relations with Russia. Obvious resistance remains, in both the EU and NATO, to bringing Georgia and Ukraine into the fold.

Saakashvili-style belligerence will not help Georgia against Russia. But nor will the current Georgian government’s attempt to avoid Russian retaliation by keeping its head down and snubbing allies like Ukraine. Realism might suggest Georgia take a middle road, but former President Eduard Shevardnadze tried this balancing act in the 1990s, with little benefit to Georgia’s security. The Russian threat is a long-term problem for Georgia, and it remains existential until something fundamentally changes in Russia.

But Georgia has realistic choices that go beyond the hapless resignation of realism. Remarkably, for a country with a population under 4 million, Georgia already has punched above its weight and gained recognition of its standing – and its usefulness – in the world.

Shevardnadze’s pursuit of a trade and energy corridor across Georgia, which led to the Baku-Tbilisi-Ceyhan oil pipeline and a shift toward the West, was reinforced by Saakashvili’s own promotion of the South Caucasus Gas Pipeline a few years later. Both pipelines enhance Georgia’s economic and strategic importance to Turkey, to Europe, and to the U.S. (U.S. energy companies are large investors).

Saakashvili made Georgia into a reliable military partner for NATO, and despite his own authoritarian tendencies successfully marketed Georgia as a democratic island in an illiberal region, epitomized by George W. Bush’s visit to Georgia in 2005 when he called it a “beacon of liberty.”

Finally, Georgia has proven a master of soft power. If Scandinavian states have promoted themselves as international mediators and successful environmentalists, Georgia has created visibility and reputation through its cuisine, cultural achievements (notably its long list of singers in Europe’s opera houses), and hospitality. Such features have little impact on security, but they contain real capital for Georgia and give the state an international profile.

As scholars Tracey German and Kornely Kakachia have underlined, while Georgia lacks structural power it “is not a mere pawn or ‘recipient’ of foreign policy.” It has already proven its lobbying abilities in the UN, where it has regularly defended resolutions for the right of return of Georgian internally displaced people to Abkhazia and South Ossetia.

But it must raise its voice, and strengthen its alliance with Ukraine (as well as Moldova, another state in comparable circumstances). During the 2008 Russian-Georgian war, leaders of the Baltic states and Poland travelled to Georgia to demonstrate their solidarity. Georgia had done its groundwork in 2008, but this strategy is lacking today. Georgia is not only losing important sources of solidarity from Poland and the Baltic states, but most importantly, among its Western allies in the EU and the U.S.

To remedy this, Georgia must improve its credentials as a democratic state. Georgia’s agency as a small state with a strong vision is at risk if the government continues to countenance a further slide in democratic reform. Georgia has stalled Russia’s hegemonic ambitions in the South Caucasus, and shown the limitations of Russian power. But the government needs to underline its indispensability to international efforts to limit Russian aggression and the important role that Georgia can play in such a strategy.

Stephen F. Jones is the director of the Georgian Studies Program at the Davis Center for Russian and Eurasian Studies, Harvard University.