The Uzbek blogger who first raised these concerns was smeared, beaten, and now faces trial. 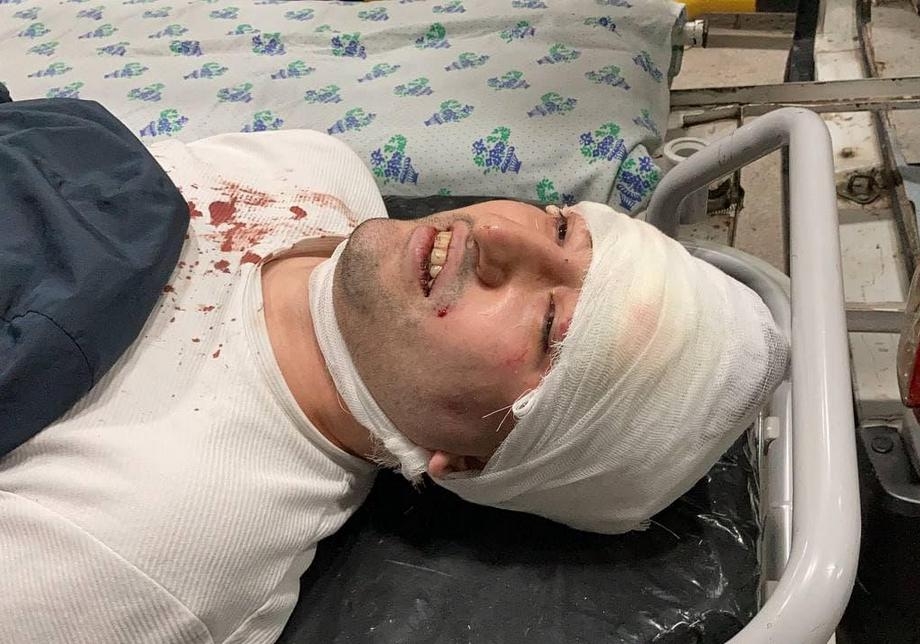 Ever since international financial institutions contributed to Uzbekistan’s Anti-Crisis Fund early in the pandemic, bloggers and activists in the country have warned that the Fund’s management lacks transparency and that more oversight is needed to prevent misuse and embezzlement.

Miraziz Bazarov was one of the first to sound the alarm. In July 2020, he wrote a public letter to the Asian Development Bank (ADB) – the biggest contributor, which loaned $600-million to the Fund – and the World Bank, urging them to stop providing aid until Tashkent establishes clear anti-corruption mechanisms and publishes a full accounting of how it is spending the money.

Bazarov was later publicly smeared and savagely beaten. He also faces criminal charges, apparently in retaliation for his activism.

Now we at Bankwatch can affirm Bazarov’s concerns about likely fraud.

Bankwatch analyzed the limited data published by the Anti-Crisis Fund in August 2020. Though the lack of transparency makes it almost impossible to verify how Uzbekistan is spending the money meant to battle the coronavirus outbreak, our new report highlights several troubling trends that must be investigated.

For example, three companies allegedly affiliated with people close to Uzbekistan’s president and the mayor of Tashkent received the largest contracts for the construction of medical facilities.

Because there were no tenders held for these projects – and because there are almost no effective mechanisms of public control over the authorities in Uzbekistan, such as independent media – such patterns call into question the objectivity and independence of the Fund’s decisions in favor of these companies.

Procurement by healthcare institutions in particular regions, including the city of Tashkent, significantly exceeded the potential demand based on population size. The total cost of personal protective equipment purchased in Fergana region was almost three times the national average. The authorities in regions with extremely poor healthcare systems asked for the most non-medical goods and services: In Kashkadarya, Namangan and Samarkand, the authorities used funds for non-medical purposes, constructing municipal infrastructure, for example.

Retaliation for speaking up

In July 2020, Bankwatch and Bazarov sent a letter to the ADB’s management, including its office in Tashkent and Board of Directors, and filed a complaint with the ADB Office of Anticorruption and Integrity outlining the cases of confirmed or potential embezzlement.

Within a couple of days, Bazarov was contacted by a person from the national security service, his phone was apparently hacked, and his photo was published on a sex-service portal labelling him as gay (which is criminalized in Uzbekistan). A smear campaign against Bazarov continued for almost a year and, in March, he was severely beaten, then placed under house arrest and charged with slander and hooliganism.

There is a clear link between Bazarov’s critique of the government and his current legal troubles. Eight international human rights organizations, including Freedom House, have called on Uzbek authorities to “stop any attempts to prosecute him for exercising his rights” to freedom of expression. Representatives of the EU delegation in Uzbekistan have also confirmed the link.

Yet the ADB office in Tashkent has refused to see the connection. In September 2021, the ADB decided not to investigate the initial complaint of corruption, and on November 18, it closed its inquiry into allegations of retaliation by the Uzbek government against the blogger.

The ADB has also declined to comment on our findings, though earlier it told us it was following its own “clear process for monitoring the use of these resources.”

As an institution, the ADB is currently seeking public input for an internal safeguard policies review. This is an important opportunity. Before investing in an authoritarian country like Uzbekistan, the Bank must address the lack of transparency, freedom of speech and assembly, retaliation against human rights activists, and limitations on NGO registration there. Otherwise, the spending risks undermining the Bank’s stated goals to support development.

Development banks must hold their clients accountable. As Bazarov’s case confirms, the ADB has no effective mechanisms to prevent retaliation and ensure protection for the civil society actors that are critical to its mission.