Iran sees that to safeguard its own interests, it needs a more pro-active South Caucasus policy. 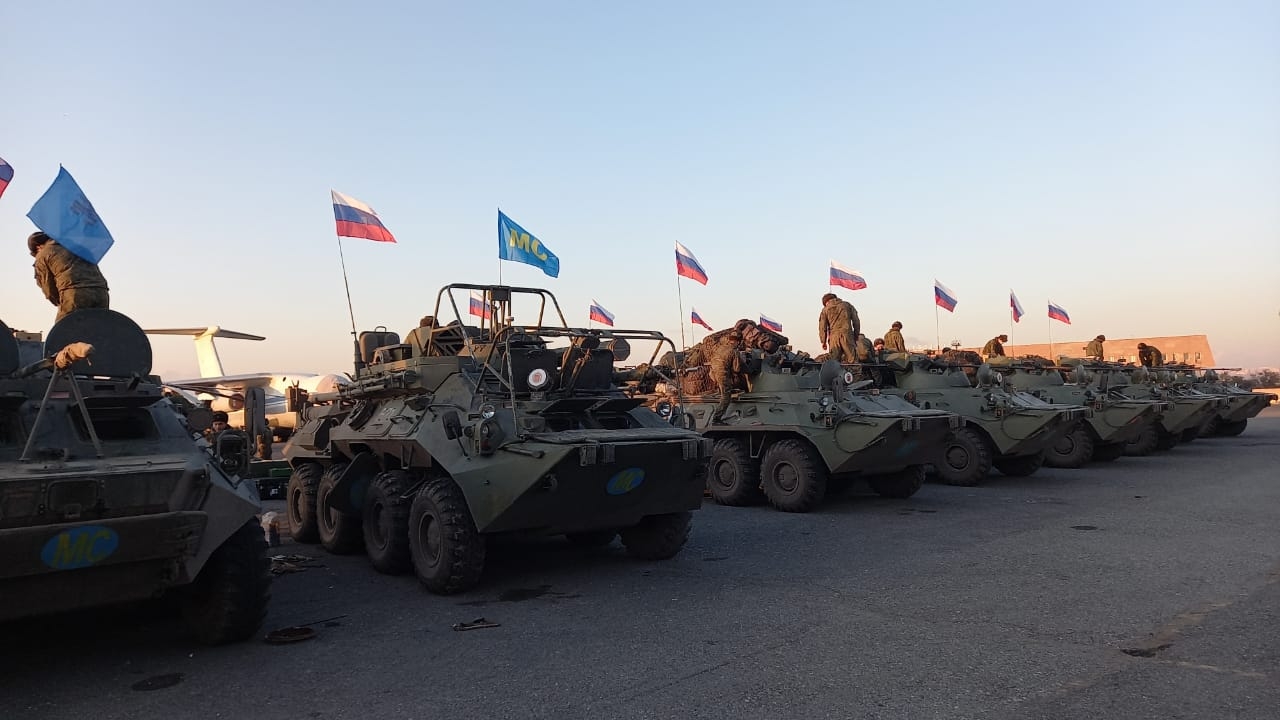 Tehran has welcomed the end to hostilities in neighboring Nagorno-Karabakh. Though it preferred the status quo before the recent six weeks of war, a truce, even on terms favoring Azerbaijan, is far from the worst outcome for Iran. Rival Turkey isn’t the undisputed winner, after all.

The deal signed by the leaders of Armenia, Azerbaijan and Russia on November 10 sees Armenia return territories it has held for a quarter century, while some 2,000 Russian peacekeepers will enter the region for the first time. Iranian President Hassan Rouhani was quick to praise the “agreement facilitated by Russia,” hoping the “conflict will be settled peacefully.” Iran’s Foreign Ministry similarly complemented the agreement.

First, Khamenei stressed the need for Armenia to return the districts surrounding Nagorno-Karabakh to Azerbaijan and for Azerbaijani IDPs expelled during the first Karabakh war in the 1990s to be allowed home. Contrary to some speculation, this did not represent a “shift” from Iran’s allegedly pro-Armenian stance to a more explicitly pro-Azerbaijani one. Tehran always insisted on the validity of the UN Security Council resolutions of the early 1990s, which demanded Armenia withdraw from Azerbaijani lands surrounding Nagorno-Karabakh (as it is now doing under the trilateral truce agreement).

But Khamenei and other Iranian officials have always been deliberately vague on the status of Nagorno-Karabakh itself. Tehran would not be comfortable with a complete Azerbaijani victory, especially one achieved with strong Israeli and Turkish military support. The deployment of Russian peacekeepers and continued Armenian control over a chunk of Nagorno-Karabakh rules out this possibility, at least for five years – the minimum duration of Moscow’s peacekeeping mission.

From Tehran’s point of view, it is crucial that the trilateral agreement only references Russian peacekeepers, not Turkish ones as Baku has proposed. Tehran resents Ankara’s growing role in the South Caucasus. To underscore its suspicions, Iran’s Foreign Ministry quickly declared itself ready to facilitate the Russian peacekeepers’ passage to Nagorno-Karabakh.

The fact that all seven occupied districts around Nagorno-Karabakh and a chunk of the region itself are being returned to Azerbaijan takes the heat off Tehran domestically: With the outbreak of the war in late September there were demonstrations in Azerbaijani-majority cities (ethnic Azerbaijanis make up about 25 percent of Iran’s population) demanding active support for their ethnic kin on the other side of the border. A prolonged war would have increased that pressure on Tehran.

Second, Khamenei had called for the respect of minority rights. This he described as a religious and humanitarian obligation. Russian protection for even a truncated part of Karabakh, provides, in principle, a framework for the safety of local Armenians. Further fighting would have led to a massive humanitarian catastrophe on Iran’s northern borders.

Third, Tehran won’t tolerate the presence of Syrian mercenaries on its borders. Turkey had imported Syrians to help Azerbaijan fight the war. Iran’s Shiite leaders fear these are Sunni extremists and that the longer the war dragged on, the more these Syrians would have entrenched themselves on Iran’s northern borders. To show it meant business, Tehran deployed its military near the border, signaling a readiness to strike the Syrians. Tehran hopes and assumes that the end of the war will see these mercenaries removed from the area.

One area that may hurt Iran’s economic interests is a provision in the truce that allows Azerbaijan to establish a transit corridor across southern Armenia. Until now, land connections between Azerbaijan and its Nakhchivan exclave passed through Iranian territory. As Hamidreza Azizi from the German think-tank SWP pointed out, the new corridor will diminish Iran’s leverage over Azerbaijan. Meanwhile, Turkey, which borders Nakhchivan, gains land access to the entirety of Azerbaijan without having to pass through Iran or Georgia, potentially setting up a more direct trade route to Central Asia.

That corridor (the purple dotted line in the map above), however, will be managed by Russian border troops from the Federal Security Service (FSB). This is a far better outcome for Iran than other proposals floating around. The so-called Goble plan (named for a former U.S. State Department official) of the late 1990s envisioned land swaps and Armenia ceding its border with Iran. Washington hawks recently unearthed this plan as a way to further isolate Iran.

Iran’s hopes for the truce do not, however, mean it expects no change to regional dynamics.

Turkey is in Azerbaijan to stay; the Baku-Ankara alliance has been radically strengthened. Russia remains the main outside player, but policymakers in Tehran will have noted its fairly restrained behavior during the active phase of fighting: Moscow did not weigh in forcefully on the side of its Armenian ally, took into account Azerbaijan’s interests, and was careful not to alienate Turkey; it seems to reckon that South Caucasus is no longer a region of its exclusive influence.

Iran sees that to safeguard its own interests, it needs a more proactive South Caucasus policy. In the months ahead, it will push its peace ideas wherever it can.