Changes in how Kazakhstan’s authorities manage Islam may be undermining the country’s fragile ethnic harmony. 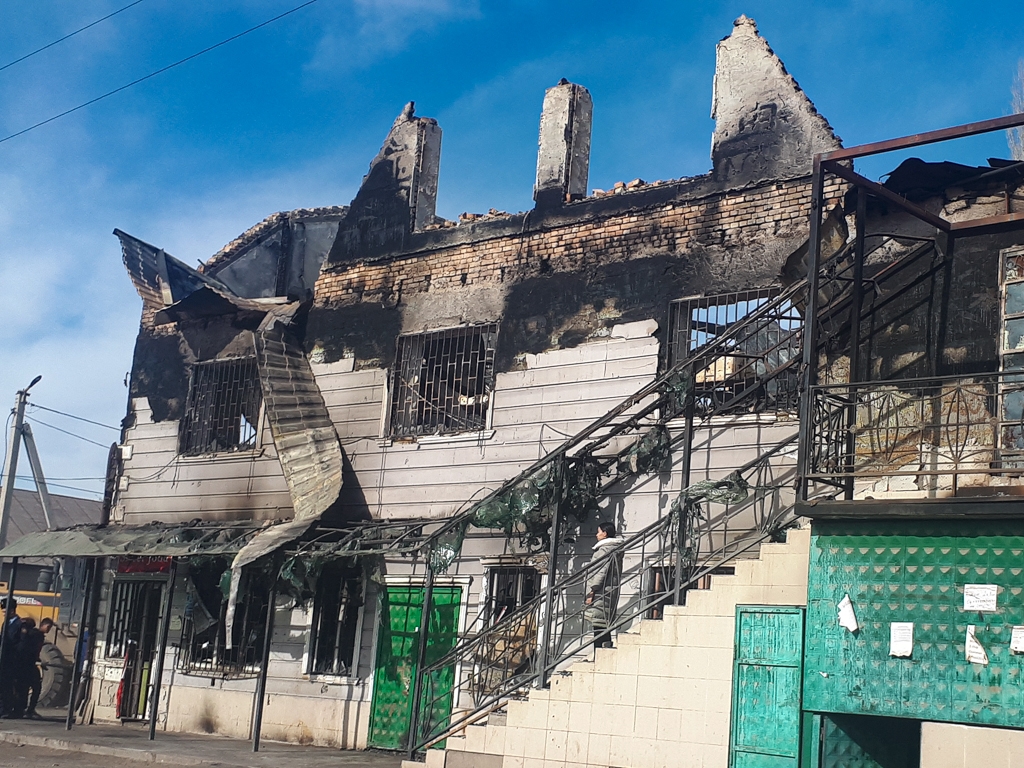 Kazakhstan’s officials like to boast of their country’s tolerance and tranquility. It is home to over 100 ethnicities, they often remind us. But periodic bouts of ethnic strife in recent years, like a violent attack on the Dungan community this month, belie that claim. And as my research shows, a recent change in how authorities manage Islam may be undermining this fragile harmony.

At independence, Kazakhs did not constitute a majority of the population and for the first few decades after the Soviet collapse the new government threaded the needle between emphasizing Kazakh ethnicity – while increasing the proportion of ethnic Kazakhs by inviting the diaspora to return – and building a civic national identity based on shared values, including diversity. Kazakhstan deserves plaudits for avoiding large scale ethnic conflict, as seen in neighboring Kyrgyzstan.

But Kazakhstan has experienced small spasms of ethnic violence. While it is by no means common, reports of ethnic conflict seem to have grown more frequent in recent years. In 2007, clashes between ethnic Kazakhs and Chechens resulted in a mass brawl and shoot-out in Malovodnoye that killed five people. In 2015, a business dispute lead to conflict between ethnic Tajiks and Kazakhs in Bostandyk, and in 2016 the murder of an ethnic Kazakh child in Buryl was the impetus for attacks on the suspect’s Meskhetian Turk family. A drunken fight last year between ethnic Armenians and Kazakhs, which left one dead, fueled protests and nationalist calls on social media for ethnic reprisals.

The Dungan community in southern Kazakhstan traces its ancestry to the Hui people in China who fled violence in the 19th century. Dungans, who speak a dialect of Mandarin, have been an officially recognized nationality in Kazakhstan since the October Revolution. According to recent government data, they constitute 0.4 percent of Kazakhstan’s population.

Regardless of the spark, the latest rash of violence should be studied alongside Nur-Sultan’s changing policies on ethnicity and religion. One area where Kazakhstan has begun emphasizing Kazakh identity to the exclusion of others is in the religious sphere.

My research illustrates how Kazakhstan has sought to co-opt Islamic practice for two purposes. First, the government seeks to eliminate other potential sources of legitimacy, such as unapproved leaders; and second, Nur-Sultan is attempting to reduce the risk of an opposition that draws upon ties to the majority religion, Islam.

To justify the increasing restrictions on religious freedom, Kazakhstan’s domestic discourse has shifted to prioritize “security” as a rationale for controlling the Islamic space. Those outside the bounds of approved religious expression are denigrated as “extremists.” According to this narrative, extremism is caused almost exclusively by “foreign” influences. The construction of Kazakhstani identity in this rhetoric increasingly emphasizes its Kazakh nature. Despite instituting more astute policies in other domains to maintain ethnic harmony, Kazakhstan falters in crafting policy on religion.

I found that Muslim ethnic minority communities, including the Dungans, have been affected by this shift in policy.

In a Dungan community, as in many communities throughout Kazakhstan, the local mosque serves as a focal point. In 2011, Kazakhstan passed a new law governing religious activities and associations with new registration requirements. Since the implementation of the law in 2012, every place of worship in Kazakhstan has had to register with the government. Moreover, every piece of religious literature sold in the country must be pre-approved.

At the same time, a host of other restrictions on religious freedom outside the legal framework were implemented. According to these unofficial dictates, all mosques must now belong to the Spiritual Association of Muslims in Kazakhstan, a quasi-government body colloquially known as the Muftiate, and all Islamic literature must bear the Muftiate’s stamp of approval. During fieldwork, I also found that the Muftiate now writes the Friday sermon and disseminates the message to mosques. Imams are no longer given latitude to prepare their own messages or to even personalize the message.

Communities that resisted incorporation saw their mosques closed. Several, such as the Azeri Fatima Shia Community Mosque in Almaty, served ethnic minority communities. A Tatar-Bashkir mosque, Din-Muhammad Mosque, was repeatedly denied registration in 2013 and 2015; its electricity was even cut off. All imams at mosques that joined the Muftiate were removed in 2012 and a new imam was appointed by this central administration for a five-year term. In mosques primarily attended by ethnic minorities, the new imams have consistently been from a different ethnic group (most commonly Kazakh) – a source of quiet resentment.

Kazakhstan has belatedly made some accommodations. The Muftiate had, in 2012, dictated that the Friday message could only be delivered in Kazakh. In 2015, a process was developed to allow some mosques to petition for Friday prayers in Russian. Approval has not been granted for other languages, however.

Dungans and members of other minorities I interviewed during fieldwork after the 2015 language accommodations consistently voiced support for the Muftiate and the government. When I asked whom an interlocutor consulted for religious advice, they consistently cited the imams of their mosques (the Kazakh men appointed by the Muftiate). One man stated that because he is Dungan and Muslim, he is also inherently a Kazakhstani patriot. Another emphasized his wish to avoid “anything controversial,” implying a desire to avoid discussions that may offend the Muftiate or the image-conscious Kazakhstani government. All Dungans I interviewed were careful to not criticize the government, emphasizing their reliance on religious sources from the Muftiate and the integral part families played in their faith.

Overall, I found ethnic minorities in Kazakhstan not interested in protest or challenging the form of government, but rather wanted the ability to continue practicing their traditions and religion. While the language accommodations seemed to have appeased many communities (minorities often speak Russian better than Kazakh), the ad hoc way that these accommodations have been made does not suggest a thoughtful policy on religion and ethnic identity – exactly what Nur-Sultan needs to alleviate ethnic violence.

The relative lack of large-scale violence in Kazakhstan is a feat; in modern times, few other countries have had to create an independent state and national identity while simultaneously managing such diversity. But if Kazakhstan does not course correct to resume reemphasizing its multiethnic nature in both rhetoric and practice, the type of conflict we saw recently between Kazakhs and Dungans may become more frequent.

Rebecca Fradkin is a political scientist specializing in national security, authoritarianism, and religion and politics. She received her PhD from the University of Oxford in 2019.