Rural Tajiks are less aware of climate change. The government must improve education to prepare for the inevitable hardships that will impact them most. 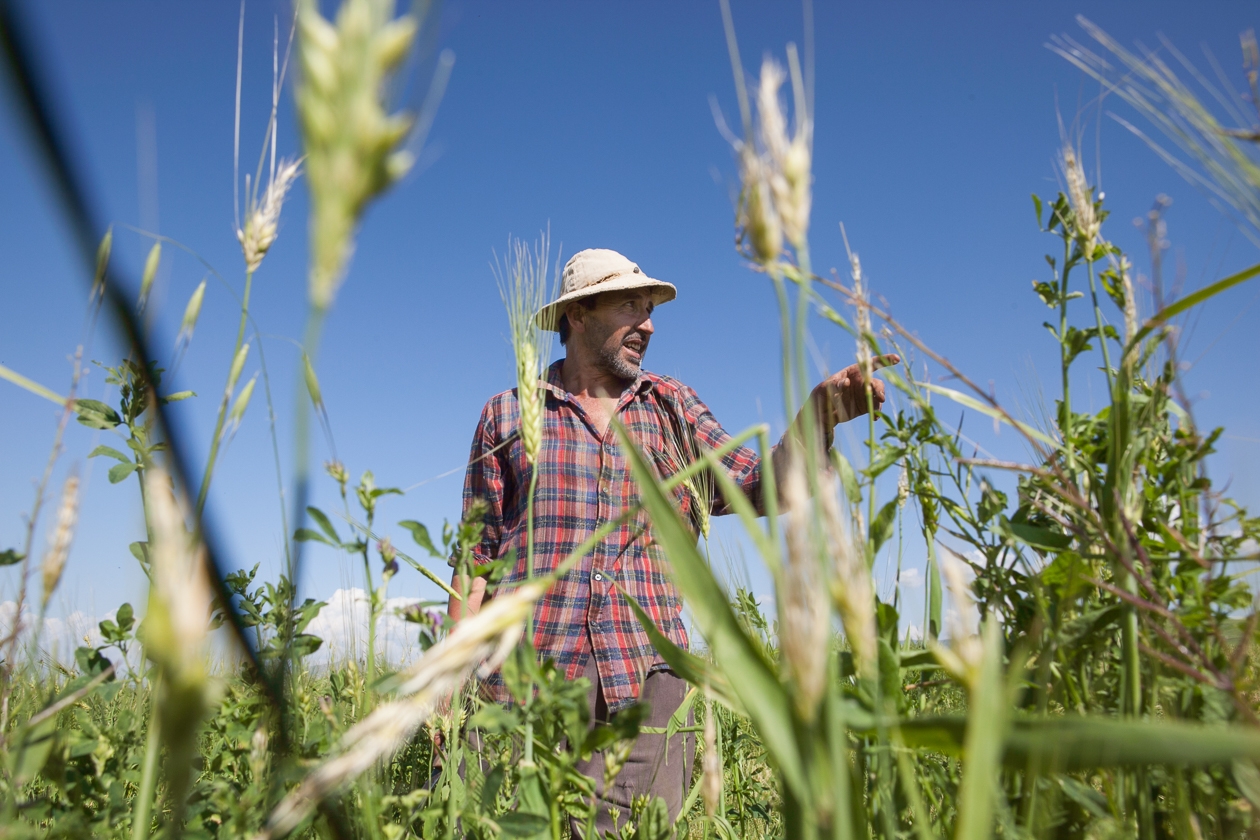 Rural Tajiks are less likely to be aware of the threats of climate change, a survey has found, though they are more likely to suffer its impacts. (David Trilling)

Central Asia is characterized by its breathtaking natural beauty, diverse landscapes, and rich resources. It is also a region particularly susceptible to the effects of climate change, given its carbon-intensive economies, and, at times, precarious access to food and water. Mounting rural-urban divisions and growing climate insecurity exacerbate these problems.

Of the five nations of Central Asia, Tajikistan is the most vulnerable. The World Bank considers the country the eighth-most at-risk for drought globally, and current projections foresee a 5.5 degree Celsius rise in temperature this century that will considerably increase its risks. Glacial melting from such a change will also increase the frequency of natural disasters, such as mudslides and flooding.

The Central Asia Barometer (CAB) Survey is a biannual research project measuring social, economic, and political opinions in Central Asian nations. Since 2019, CAB has incorporated several questions pertaining to the environment to gain a deeper understanding of the level of concern and awareness, food security, and water access within these nations. Our results from Tajikistan show that while many citizens are cognizant of environmental issues and their effects, those from urban areas are slightly more concerned about these problems than their rural counterparts, who make up roughly 74 percent of the population. We teamed up with the Green Enterprise Institute, a London-based think tank, to analyze the results. (The sample size ranged from approximately 1,500 to 2,000 respondents and the study has an average margin of error of 3.65 percent.)

We found urban residents more concerned and alert to environmental risks – possibly stemming from lower levels of education in rural settlements. Though the problems are more likely to impact them, residents of rural areas overwhelmingly believe that the country’s ecological state is good. The percentage of rural people who perceived climate change as “not a problem at all” even doubled from 10 percent in the spring of 2019 to 20 percent in the fall of 2021. Perhaps as the COVID-19 pandemic came to dominate the world in 2020, longer-term climate anxieties were replaced by immediate objectives linked to economic survival.

At the same time, our survey data suggest that rural residents appear increasingly unsure of the severity of the risks posed by climate change.

Compared to 2019, in 2021 there was a significant rise in the number of rural people who could not point to any particular environmental issue of concern. This is perhaps logical, given the low level of climate change awareness reported.

The increase in the number of rural people who do not see climate change as a problem is worrying given the complex socio-economic repercussions that climate change may have upon their communities.

In particular, rising temperatures will increase the variability of precipitation events, increasing Tajikistan’s susceptibility to drought and decreasing the quality and amount of arable land. Harsh precipitation events will subsequently become more frequent, which will further wash away nutrients from the weak topsoil spoiled by decades of monocropping agriculture focused on water-intensive cotton exports. Long-dry periods and increasing temperatures in the spring and summer will also not only increase desertification but also the water needs of basic agriculture crops by 20-30 percent.

While water demands rise in the irrigation-intensive agricultural sector, the nation is expected to lose over half of its glacial landmass by 2050, severely restricting the amount of water available.

Young Tajikistanis are already feeling the effects of food insecurity on their health. Only about 20 percent of Tajik children receive adequate food nutrition, while 26 percent of children under the age of 5 are stunted, as food insecurity frequently turns into nutritional deficiency in rural areas, the World Food Program found in a 2017 survey. The situation has surely only worsened since then. Even before the twin crises of COVID-19 and the Ukraine war, which has added to food-price inflation, most Tajikistanis said repeatedly that food prices were rising.

While Dushanbe, Khujand, Kulob, and other urban areas face substantial environmental challenges as well, climate change presents a vastly different set of obstacles in cities. The population of Dushanbe grew by nearly 350,000 people between 2000 and 2020 to 863,400 and is projected to increase by another 500,000 people by 2035.

When asked their opinion on the overall ecological state of Tajikistan, most urban respondents chose positive answers.

Of those who voiced an example of a worrying environmental issue, air pollution was a clear concern, with pollution and industrialization cited as primary causes of climate change throughout all survey waves.

Tajikistan’s non-ferrous metals industry plays a major role in generating large amounts of toxic air pollution. Dushanbe is a hotspot for dirty industries – including coal-fired power plants, cement factories, and waste-burning. These facilities contributed to the city’s Air Quality Index (AQI) recording “good” air for just five days of the first four months of 2022. Readings for the rest of this period reported “moderate” to “unhealthy” conditions. The U.S. Embassy recommends that everyone residing in areas with “unhealthy” air significantly limit outside exertion. The Talco aluminum plant about an hour west of Dushanbe is the nation’s largest industrial facility – and one of the most dangerous polluters in an area stretching across the border into Uzbekistan.

Tajikistan’s government has committed to reducing greenhouse gas emissions by 30-40 percent by 2030 and is a signatory to both the Paris Agreement and the Kyoto Protocol. But, with the lowest GDP per capita in Central Asia, rolling electricity blackouts, little international investment, and weak institutions, meaningful solutions to tackle pollution are not on the table.

Our survey data demonstrate that both rural and urban populations overwhelmingly expect the government to take action and prioritize environmental threats.

An essential step that authorities could take to bridge the rural-urban divide on opinions about climate change would be to establish educational programs to raise awareness across the nation. Vulnerable, rural communities would benefit the most. As outlined in Tajikistan’s 2019 national climate adaptation strategy, rural communities require more access to education about the long-term consequences climate change will have on their lives and livelihoods.

Urban areas would also benefit. Tajikistan’s government should also aim to boost knowledge of the challenges facing urban and industrialized areas by stimulating academic and civil society discussion. This is the first step toward preparing for a changed climate. Moreover, equipping students with enhanced knowledge of problems, such as urban heating inefficiency, would provide the next generation with the tools to lobby for reform. To mitigate the environmental challenges urbanites face, providing incentives for private industry to foster renewable sources could play a role in reducing the prevalence of toxic emissions. Urban planners should also look to incorporate the needs of people living in informal settlements into long-term development policy.

When considering how best to grapple with the unique environmental concerns faced by Tajikistanis, the government must consider the divergent experiences of both its urban and rural populations. Given the unequal socio-economic burden foisted upon those who depend on agriculture and other natural resources, this is key to developing sustainable strategies to combat environmental insecurity.

Elizabeth Woods is a research fellow at Central Asia Barometer and an anthropology graduate student at the University of Tübingen. Her research focuses on Kazakh return migrants and questions of identity, belonging, and homeland. You can find her on LinkedIn or Twitter.

Thomas Baker is a research fellow at Central Asia Barometer. After completing his master’s degree at King’s College London’s Russia Institute, he now works as an OSINT country risk researcher for the Former Soviet Union region at S&P Global. Get in touch with Thomas via LinkedIn or on Twitter.

William Adkison is the lead researcher for the urban development team at the Green Enterprise Institute. He is passionate about accelerating climate action and pushing for research in areas that typically go unrecognized. Get in touch with William via LinkedIn.