A facile and naïve plan being discussed in Washington risks backfiring on Iran’s minority Christians. 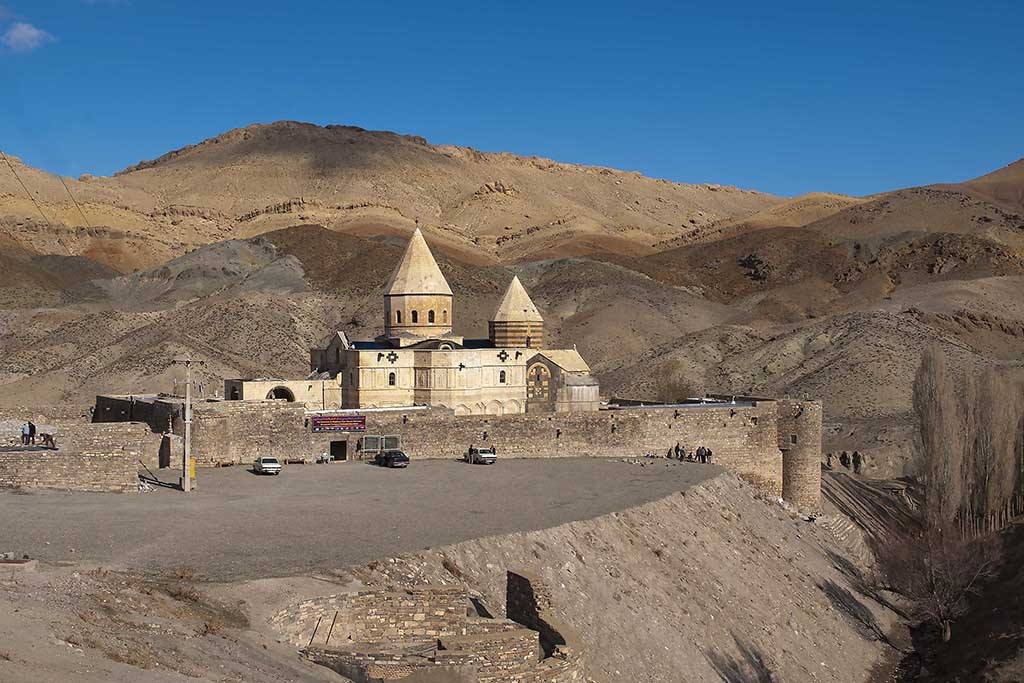 As fierce fighting between Armenia and Azerbaijan continues into a second month, neoconservatives in Washington are pushing the United States to side with Azerbaijan. Their rationale – involving Iran and Israel, as so many of Washington’s priorities in the Middle East do – is facile, naïve and dangerous to the region’s minorities.

This group of hawks hopes the fight over Nagorno-Karabakh will galvanize the large Azerbaijani minority in Iran. They are assuming, and spreading disinformation to support this assumption, that Tehran is openly favoring Armenia in the war – a poorly sourced claim that is even disputed by Azerbaijan’s president.

The Hudson Institute’s Mike Doran has championed the idea that support for Azerbaijan and its primary backer, Turkey, will hurt Iran. In this zero-sum approach to the region, Doran, a senior director on George W. Bush’s National Security Council, argues that anything that hurts Iran must help Israel; and by helping Israel, America is helping itself.

Edward Luttwack, another conservative luminary, appears to hope the Iranian Azerbaijanis’ support for their ethnic kin will hasten Tehran’s collapse.

Iran’s “balkanization” – or dismemberment along ethnic lines – is a persistent dream for Washington hawks who see the Azerbaijani minority (perhaps 25 percent of Iran’s population) as a potential catalyst. To incite Azerbaijanis against Tehran, they turn to dubious assertions. 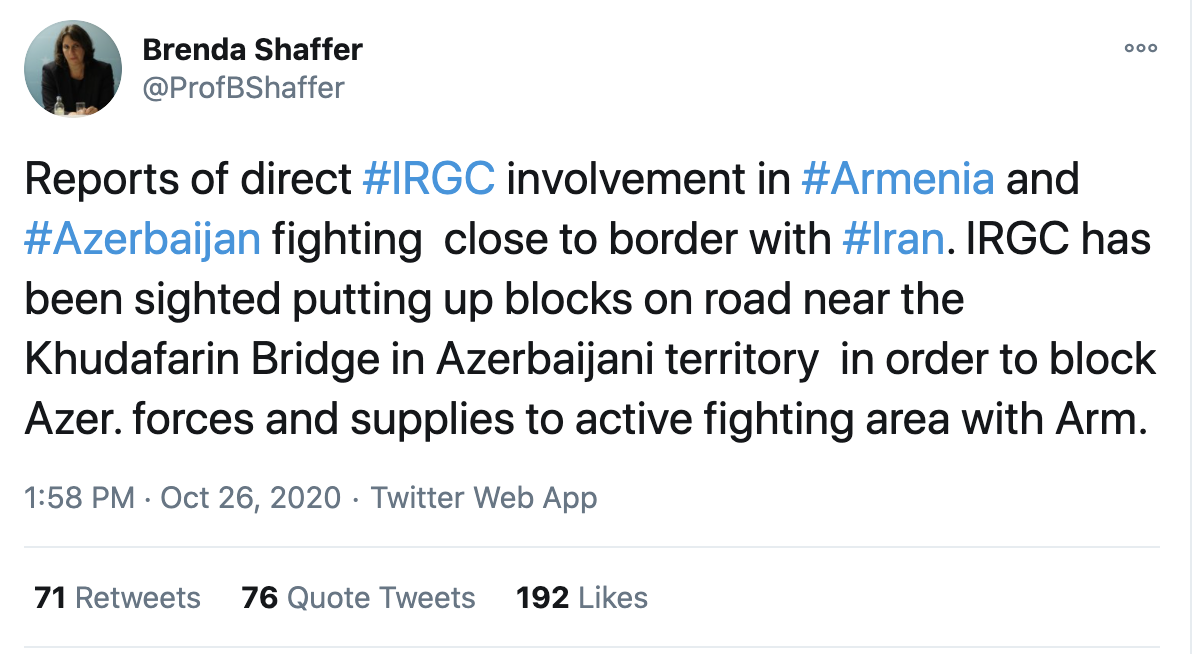 For example, the Foundation for Defense of Democracies’ Brenda Shaffer claimed on October 26 – without naming sources or producing evidence – that Iran’s elite security force, the Islamic Revolutionary Guards Corps, has been thwarting Azerbaijani forces in their fight with Armenia. Shaffer, who has long supported Azerbaijan in American academic and media circles without disclosing her links to state oil company SOCAR, has lobbied for unconditional American and Israeli support for Baku. She has also advocated for the U.S. to use ethnic Azerbaijanis in Iran as proxies in regime change efforts. The Foundation for Defense of Democracies was instrumental in shaping the Trump administration’s Iran policies.

But what of Iran’s Christians?

Doran, Luttwack and Shaffer may be excited about the prospects of Iran’s disintegration, but they don’t publicly consider the potential consequences for Iran’s other ethnic and religious groups, such as Christian Armenians and Assyrians.

That silence is not surprising. Any honest analysis would recognize that fueling ethnic Azerbaijani nationalism in Iran could endanger local Armenians. Such an admission would put this group at odds with an administration that portrays itself as a defender of Christians worldwide.

To understand how the rise of Azerbaijani nationalism in Iran could impact the Armenian community there, look a little further north, to the Republic of Azerbaijan. There, a legitimate desire to retake territories occupied by Armenian forces for a quarter century has metastasized into an official policy of anti-Armenian intolerance and prejudice. The State Department has reported that people with Armenian-sounding names have been routinely denied entrance to the country; the government has purposefully erased Armenian heritage, destroying traditional tombstones in Nakhchivan; and in a clear example of hate speech, senior officials in the ruling party declared this year that alongside coronavirus, Azerbaijan also had to fight the “Armenian virus.”

Iran boasts a vibrant Armenian community some 200,000-strong with churches, restaurants, sports clubs and the constitutionally guaranteed two seats in parliament. The Islamic Republic organizes regular remembrance ceremonies for fallen Christian soldiers, or “martyrs,” during the 1980s war with Iraq. Last month a hero from that war, Harouch Hakoupiyan, was buried in a ceremony, led by the Iranian army, in his hometown of Isfahan.

Some of the largest groups of Armenians in Iran live in Azerbaijani-majority cities, such as Tabriz, Urmia and Salmas. Some of the most venerated churches, such as UNESCO-listed Saint Stepanos and Saint Thaddeus, are also in Azerbaijani-majority Iranian provinces and operate openly. Iranian Armenians, like all Iranians, are of course squeezed by both the oppressive regime in Tehran and Trump administration sanctions, but overall their rights as a religious community are safeguarded better than in neighboring countries, certainly the Republic of Azerbaijan.

A rise of Azerbaijani ethnic nationalism in Iran in solidarity with their brethren across the border would likely target this co-existence. While support for the liberation of occupied lands around Nagorno-Karabakh is understandable, stoking a visceral hatred of Armenians – because that is how modern Azerbaijani nationalism expresses itself – would endanger one of the last remaining Christian communities in the Middle East.

U.S. foreign policy in the region since Bush’s 2003 Iraq invasion has decimated Christian communities, many of which will never recover. If Washington really cares for the fate of Christians, it should avoid simplistic takes on rivalries in the Middle East. Realpolitik can backfire in unexpected ways.