The current process, unlike previous efforts, is a largely top-down one. What can we do to change that? 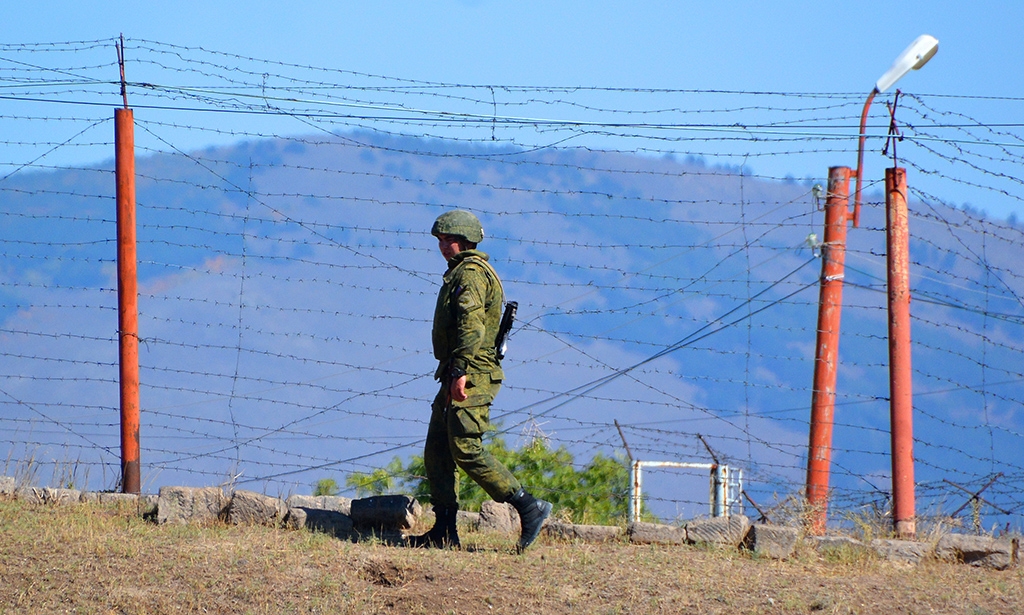 A soldier on the Armenian side of the closed border (Shutterstock)

Since 2021, Turkey and Armenia have been engaged in direct talks, in yet another attempt to restore the diplomatic relations that have been severed for nearly three decades.

Unlike previous efforts, which saw official diplomacy accompanied by civil society exchanges and third-party mediation in a multi-track approach, the current talks are taking place for the most part solely between official Ankara and Yerevan.

So what changed? Where is civil society now? Is this single-track process viable? And how can non-state actors, both domestic and international, support this process and make sure that it reflects the interests of Armenian and Turkish societies and not only power players?

A first attempt at normalization was halted in 1993 by the escalation of the war between Armenia and Azerbaijan, a Turkey ally. Another attempt was made in the late 2000s, an effort supported by the United States and Europe that became known as “football diplomacy”: Turkish President Abdullah Gül visited Yerevan to watch a football match in 2008, and Armenian President Serzh Sargsyan followed suit at a 2009 match in Bursa.

Those negotiations ultimately collapsed under pressure from Azerbaijan, which objected to Turkey-Armenia normalization while there was little progress in resolving its own conflict with Armenia.

Now, following Azerbaijan’s decisive victory in the 2020 Second Karabakh War, Baku has retracted its objections to Turkey-Armenia normalization. But now there is a new obstacle.

The normalization attempts of the 1990s, and especially the 2000s, took place in the era when liberal democracy appeared to have triumphed and within the context of what is known as a liberal peace approach. That approach, which links conflict resolution with democratization and respect for human rights norms, relies heavily on the institutionalization of civil society and its robust engagement in the peace process.

NGOs and other networks led academic, cultural, media, and dialogue initiatives that helped build trust and supported the official normalization process. These activities served as a means of checking the “pulse” of Armenian and Turkish societies, allowing for an assessment of which official steps would be accepted by the broader public and which would not.

In those years, Armenian genocide commemorations were held in Turkey; the number of books and articles published on the topic was increasing. Turkish tourists, academics, and journalists were regular fixtures in Yerevan’s streets and hallways. And crucially, NGO efforts persisted even when official contacts were suspended, helping to create a continuity of contact between the two societies.

Today, however, genocide commemorations are restricted in Turkey, mutual visits are not as common as before – even following the easing of pandemic travel restrictions and reopening of direct flights between Yerevan and Istanbul – and the number of joint NGO initiatives is very small.

In the absence of civil society or grassroots support, the official talks run the risk of stumbling over public resistance by societies who may see the process as illegitimate. Moreover, should the talks collapse as they did in the past, there would no longer be the safety net that civil society has provided in the past, enabling dialogue to continue moving forward.

Why isn’t the current process being accompanied by visible civil society engagement? Where is the institutional infrastructure built through decades of collaboration?

We surveyed peace activists and peacebuilders in Armenia and Turkey in 2021 and 2022, conducting 24 in-depth interviews and four focus group discussions, to try to answer these questions.

One reason we found: mistrust between Armenian and Turkish NGOs due to Turkey’s support for Azerbaijan during the Second Karabakh War. Another was the securitization of the negotiation process, where the national security interests far outweigh considerations of human security and the needs of the populations.

Another commonly mentioned factor was democratic backsliding and the shrinking of civil space. This would seem to not apply as much to Armenia, which has generally been rising in international democracy indices in recent years. But there, just as in Turkey, NGO involvement in peacebuilding also has been shrinking significantly. Even during the more authoritarian Kocharyan and Sargsyan eras, NGO peacebuilding activities were far more widespread than they are today.

The key factor appears not to be the level of democratization of any particular country, but the global slide away from liberal democracy, the dominant framework within which previous Armenia-Turkey negotiations were conceived and implemented.

The peace processes pursued from the late 1990s to the mid-2010s were supported by the U.S. or the EU in the context of EU-integration aspirations by both Armenia and Turkey. The vision and strategies of local and international NGOs had been based on liberal democratic ideology and norms including the respect for universal human rights, economic interdependence, transitional justice, strengthening participation in international organizations, and similar issues.

With all their faults, these approaches had clear conceptual roots and relied on well-established financial streams, educational institutions, international organizations, and other liberal democratic structures. In that context, institutional civil society had been widely accepted as a normal part of a functional – even if semi-authoritarian – state.

The global crisis of liberal democracy and its impact on these countries has contributed to anxieties about safety – and perhaps even more importantly a loss of vision and direction – for some of the institutional peacebuilding actors.

This is the case not only in increasingly authoritarian Turkey with shrinking civil space, but also in Armenia, which has seen the rise of narratives denouncing peacebuilding as harmful to Armenia and serving a foreign agenda.

In the face of these developments, and Turkey’s military support for Azerbaijan, our research found that NGOs previously engaged in peacebuilding in Armenia have largely sought to distance themselves from the normalization process until a time when the liberal democratic vision in the wider region, or at least in Turkey, might again prevail.

The diminished role of the NGO sector, however, does not need to be the end of peacebuilding. Informal transnational networks have long served as viable alternatives.

Since the 2020 war we have seen the emergence of new online informal networks in the Armenia and Azerbaijan context – most prominent among these being the Caucasus Talks, Bright Garden Voices, and Caucasus Crossroads initiatives – and they look poised to enter the Armenia-Turkey reconciliation process as well.

Our research found that, far from giving up, many non-institutional actors see the current crisis as an opportunity to rethink their own goals and methods, to redefine peacebuilding, and adapt to new modes of work in non-democratic environments. In a context like this, democratization – an important goal in itself – should be pursued separately from peacebuilding. The international donor community should diversify its support to include more flexible and creative networks – informal academic networks, feminist and environmentalist collectives, online groups of anti-war activists, and diaspora dialogue projects – not only bureaucratic NGOs.

Donors often express concern about the difficulty of establishing robust accountability and sustainability mechanisms when funding non-institutional actors. Indeed, some of these organizations are bound to fail or prove ineffective – but then, so can better-established peacebuilding NGOs.

Rethinking mechanisms of accountability and measures of effectiveness, and factoring in a probability of failure into an otherwise promising endeavor of investing in informal peace networks that remain active even in face of extreme adversity, would be a small price to pay for the prospect of sustaining this peace process. Support for such networks is particularly important in countries like Turkey and Russia where NGO activities are restricted.

Networks complementing traditional peacebuilding NGOs can help sustain peacebuilding efforts in the short-term and pave the way for the emergence of genuine local, regional, and global peace movements in the long-term.

Dr. Philip Gamaghelyan is assistant professor at the Joan B. Kroc School of Peace Studies at the University of San Diego. He is also a conflict resolution scholar-practitioner, the co-founder and board member of the Imagine Center for Conflict Transformation, and the managing editor of Caucasus Edition: Journal of Conflict Transformation.

Dr. Pınar Sayan is assistant professor in the Department of Political Science and International Relations at Beykoz University and Scholar at Istanbul Political Research Institute. Previously, she was a visiting researcher at the University of Cambridge; Turkey director of Imagine Center for Conflict Transformation; and co-editor of Caucasus Edition.