A project to archive one of the Azerbaijani capital's oldest neighborhoods interrupts efforts to wipe its memory away. 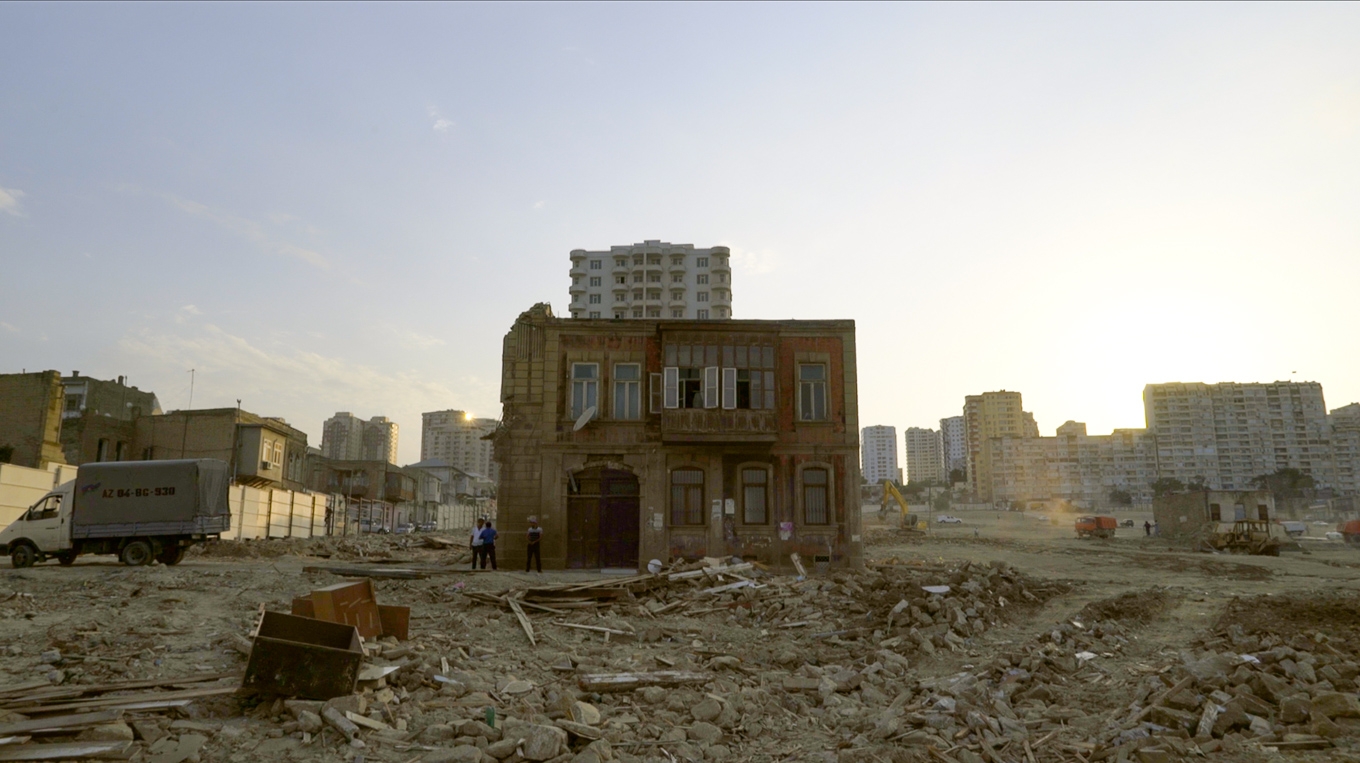 A lone house stands amidst the demolition zone of Sovetski in 2016. (photos by Mehelle Project staff)

In January 2015 we went for one of our last walks through the Sovetski neighborhood of Baku, Azerbaijan’s capital.

A few buildings were already gone. But when we arrived on that winter day, it still felt like the Sovetski we had known and worked in for years. People still socialized outdoors, stray cats and dogs still slept under the parked cars crowding the sidewalk, and smoke from samovars, bakeries, cigarettes and grills still mingled in the air. So it was all the more jarring to turn a familiar corner and find the street leading not to a familiar set of buildings, but to an empty lot, muddy from the melting snow.

Soon this whole neighborhood would be forever altered by a massive, government-sponsored demolition and redevelopment project into Baku’s new “Central Park.” 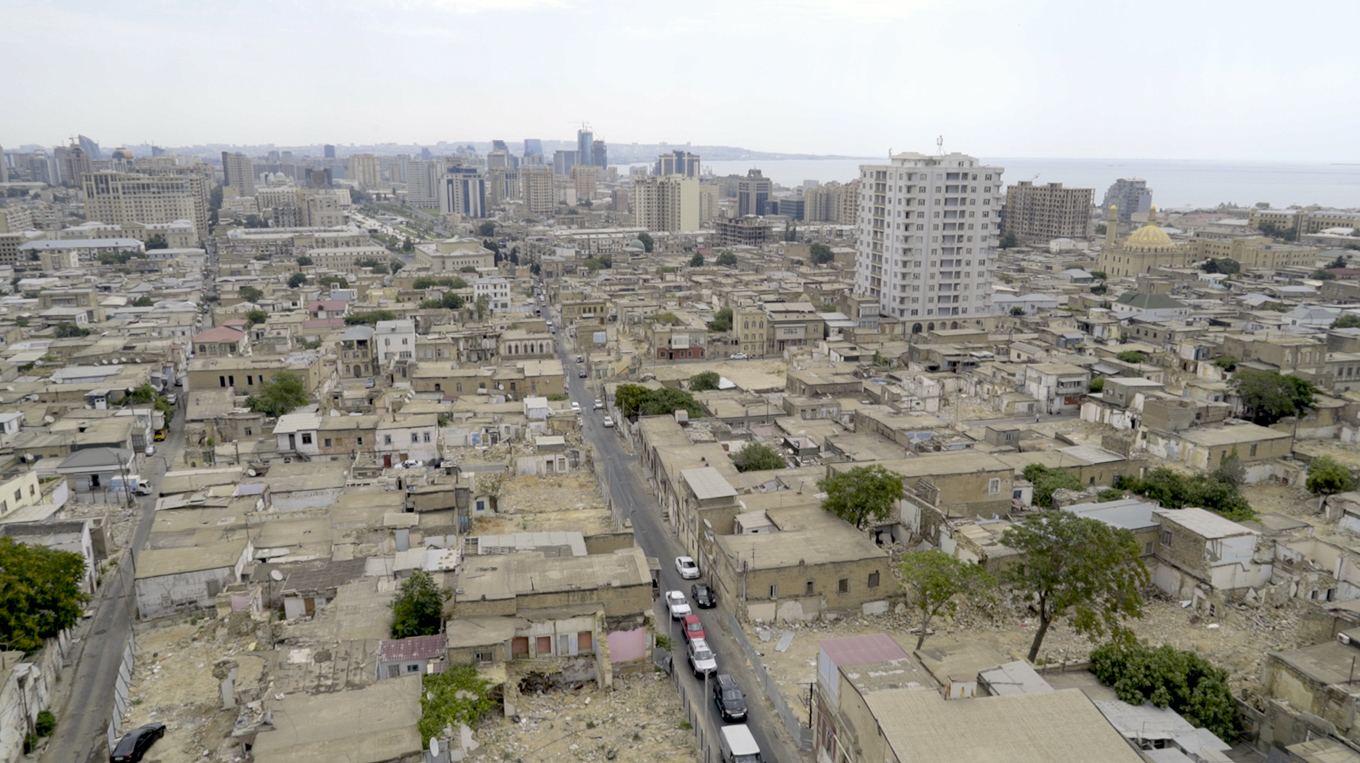 Mere blocks from the city center, Sovetski – named for the former Sovetski (Soviet) Street that marked one of its boundaries – was one of the city’s oldest neighborhoods. It had rapidly developed during the first oil boom at the turn of the 20th century, becoming home to a diverse collection of classes, architecture and social institutions. In the 21st century it was one of the last centrally located holdouts of an older version of Baku, isolated culturally and geographically by the residential high rises and major roadways built after independence, and neglected by both tourists and the government.

As Sovetski faced the threat of demolition, in 2016 we began working with a small group of filmmakers and activists to archive the neighborhood’s atmosphere, history and stories.

The Mehelle Project is an interactive map and searchable archive that documents Sovetski before, during, and after its demolition and redevelopment. The archive includes 360-degree video, short documentaries and recovered objects placed as points of interest on a digital map exactly where each was collected in Sovetski before and during the demolition. “Mehelle,” means roughly ‘neighborhood’ in Azerbaijani, and specifically refers to a semi-isolated part of a city with a strong tie between urban design, architecture, and a tight-knit, insular community all shaping and coloring each other. A place with its own history and identity separate from the larger city. 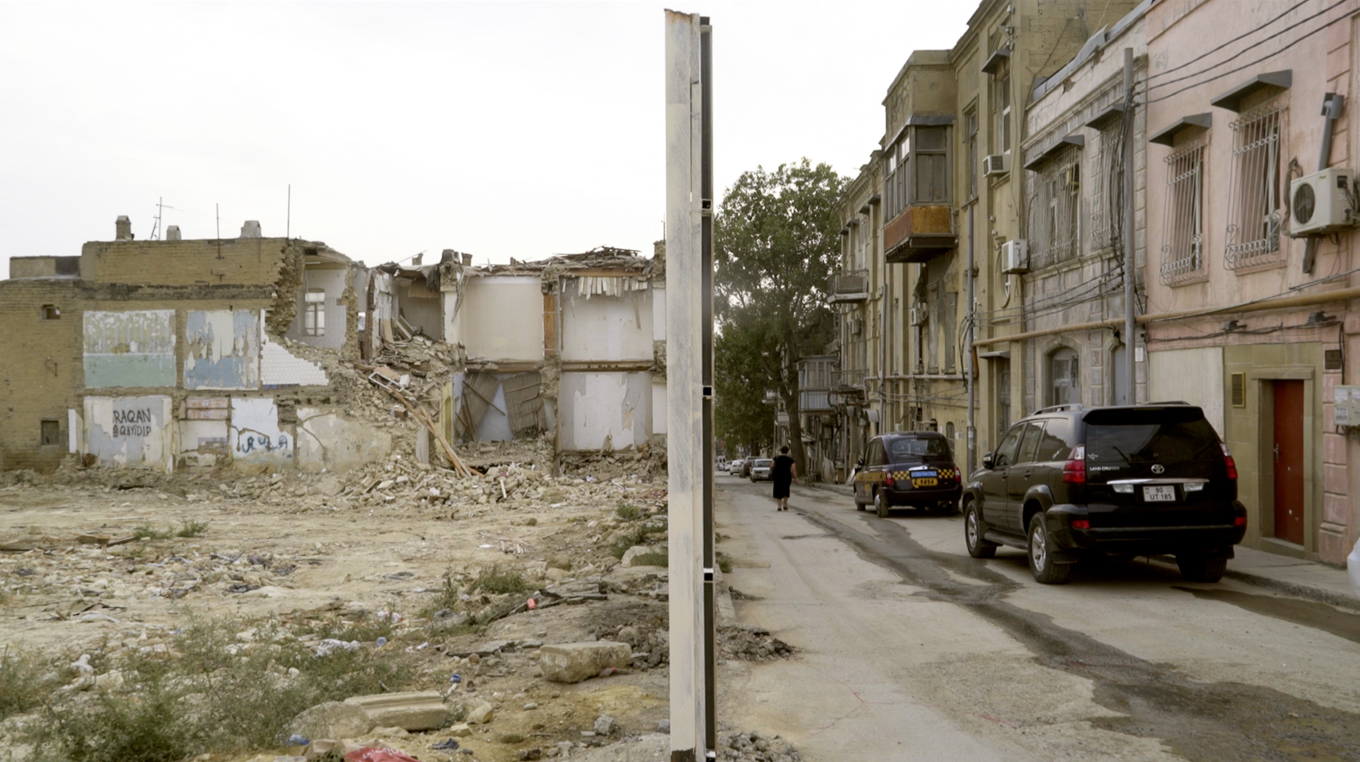 Each point on the map offers a street-level glimpse into the neighborhood, telling the story of its atmosphere, architecture, public spaces, and the people that lived there. Collectively they tell the larger, top-down story of how Sovetski changed, its centrality in Baku, and the contrast that increasingly grew between the old neighborhood and surrounding tourism zones, especially over the past 10 years as Baku started playing host to mega events such as Eurovision and Formula 1.

Through 2019 we collected our material, including GPS data, by collaborating with residents and others familiar with Sovetski. We concentrated on items that highlight essential aspects of the community’s lived experience and the neighborhood’s urban design; its walkability, blending of public/private space, and the stories and physical traces of the many generations who called Sovetski home. These aspects of the neighborhood would often meld together, like on summer evenings when we walked and recorded videos as people shopped at sidewalk markets, gossiped in chairs set up in the road, and played games in the empty lots between homes.

On one block of Abdulla Şaiq street, on the edge of Sovetski and just skirting the new park, we became close with a group of families. Our 360 camera with bulging twin lenses often drew curiosity, especially from kids, and so one early evening on a whim we let them have turns attaching the camera to their bikes, taking it on their own spontaneous tours of the neighborhood; joyful rides through narrow alleys; in and out of demolition zones; and past groups of friends and parents calling them home for dinner.

Immersive 360-degree video brings a level of interaction to these moments. As the kids weave through Sovetski, the audience can move the video to look around, directing their attention wherever they please – be it the crowds of people, a construction site, or Sovetski’s diverse and contrasting architecture. 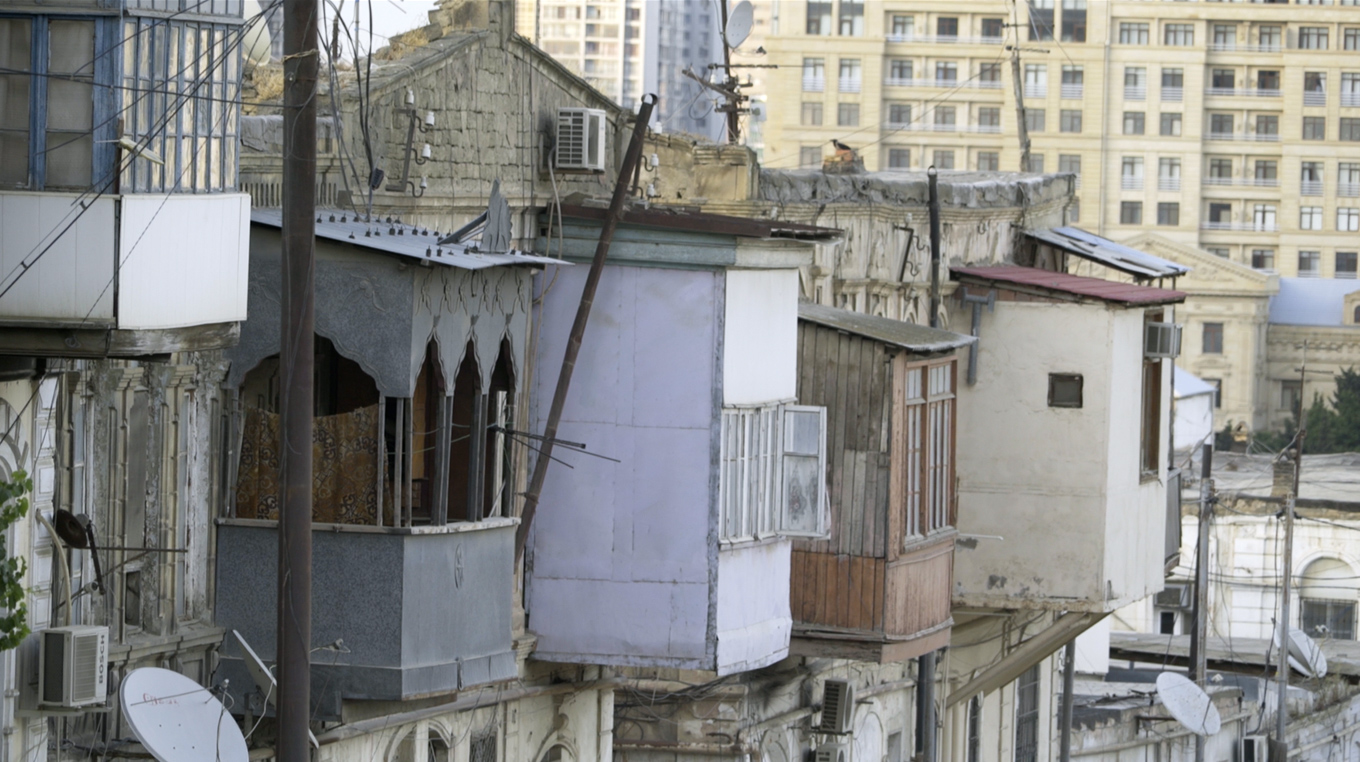 In those last days before it was destroyed, Sovetski was a living library of Baku’s urban design history. The elaborately decorated former mansions of oil barons stood tall among the crowded one-story homes of those who had actually worked in the oil fields. Over years of unregulated building, these homes had been covered in a mosaic of bolted-on balconies, additional rooms on roofs, and enclosed bridges running between homes. 360 video allowed us to record the full geographical context of the neighborhood and easily communicate how jumbled together Sovetski could feel. In a single video one can start by looking at the detailed facade of a 19th century mansion, then turn 90 degrees to see, as if transported from another time, a pair of stacked, modern enclosed balconies incongruously sticking out its side. 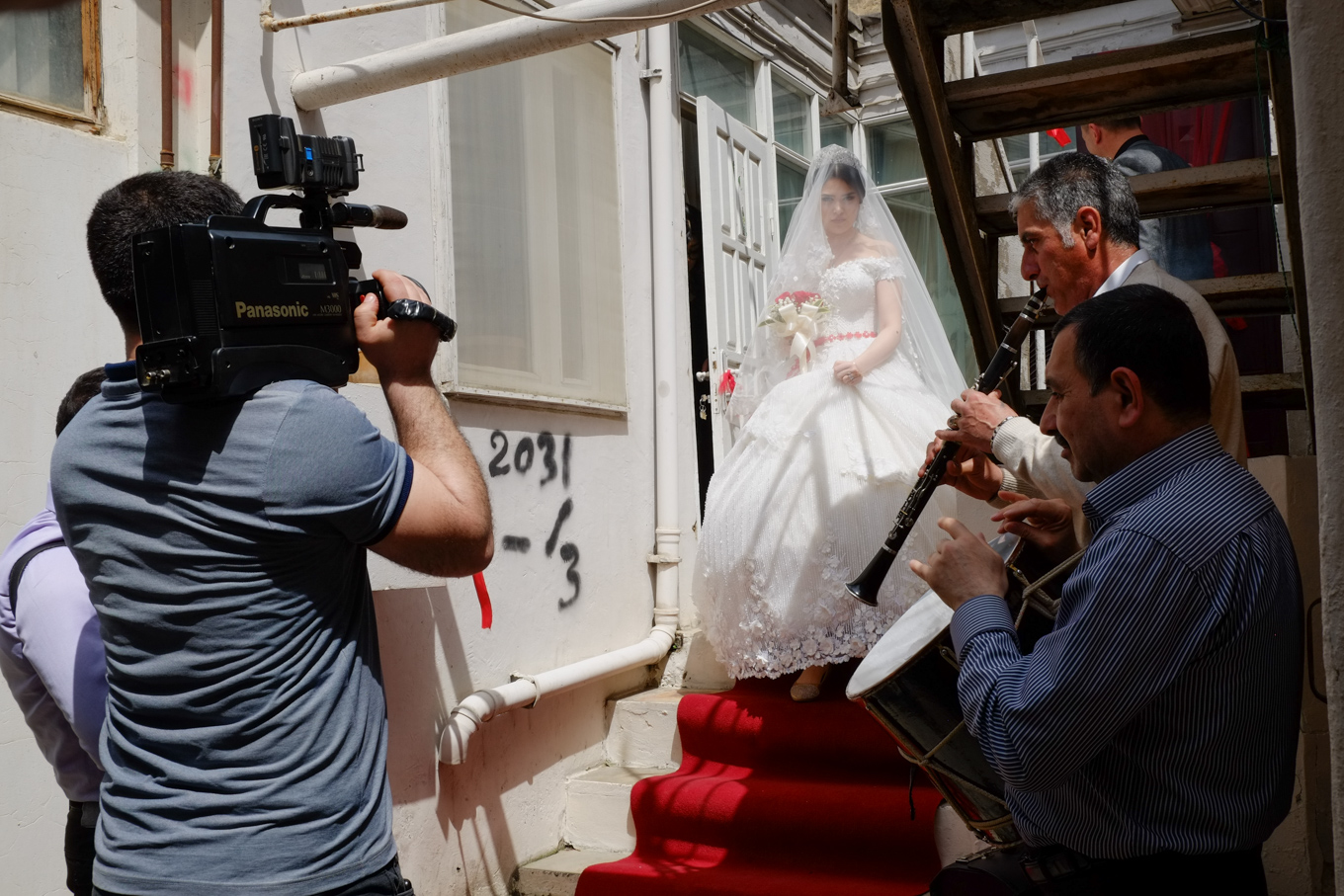 When recording, we were mindful not to succumb to pure nostalgia. Sovetski was a living, breathing place with its own challenges that had accumulated over time: unregulated construction, aging infrastructure, increased car ownership. We documented this, too. And when the demolition began to interrupt everyday life in Sovetski, we made sure to work that into the project as well.

Our documentary videos explore the tension between residents and the government, how the compensation offered for land was rarely adequate, the tactics used to force people out, and how they resisted and adapted.

Mehelle is open-ended in design and can be used by a variety of audiences. Former residents can revisit familiar streets, urban researchers can get a look at Sovetski’s unique characteristics like its twisting alleyways and large, shared courtyards, and historians can find stories of the people that lived there, how they interacted, and how they faced demolition.

As the demolition wound down, we followed some of our close contacts to their new homes outside Sovetski. Nijat, one of our earliest contacts – who could draw his connection to the neighborhood back generations – ended up in an apartment building with a bunch of his former Sovetski neighbors about 30 minutes away by bus. The distance from the city center has made visiting old friends and going to work more difficult, but the move has also changed things for the former residents in less predictable ways. Nijat has told us that while everyone in the new building knows one another, it's been hard recapturing the social dynamics of Sovetski in this new environment. While before they would run into each other in the street, here public and private space have become much more delineated and issues they never previously had, such as noise from neighboring apartments, have introduced new tensions.

The Mehelle project has changed over time to be less about the perfect preservation of a place and instead an exploration of how the recorded aspects of its atmosphere and presence can persist and interrupt the current reality of Central Park, co-opting and turning the points of friction in the mapping technology into a means of disrupting state and municipal narratives around the space. 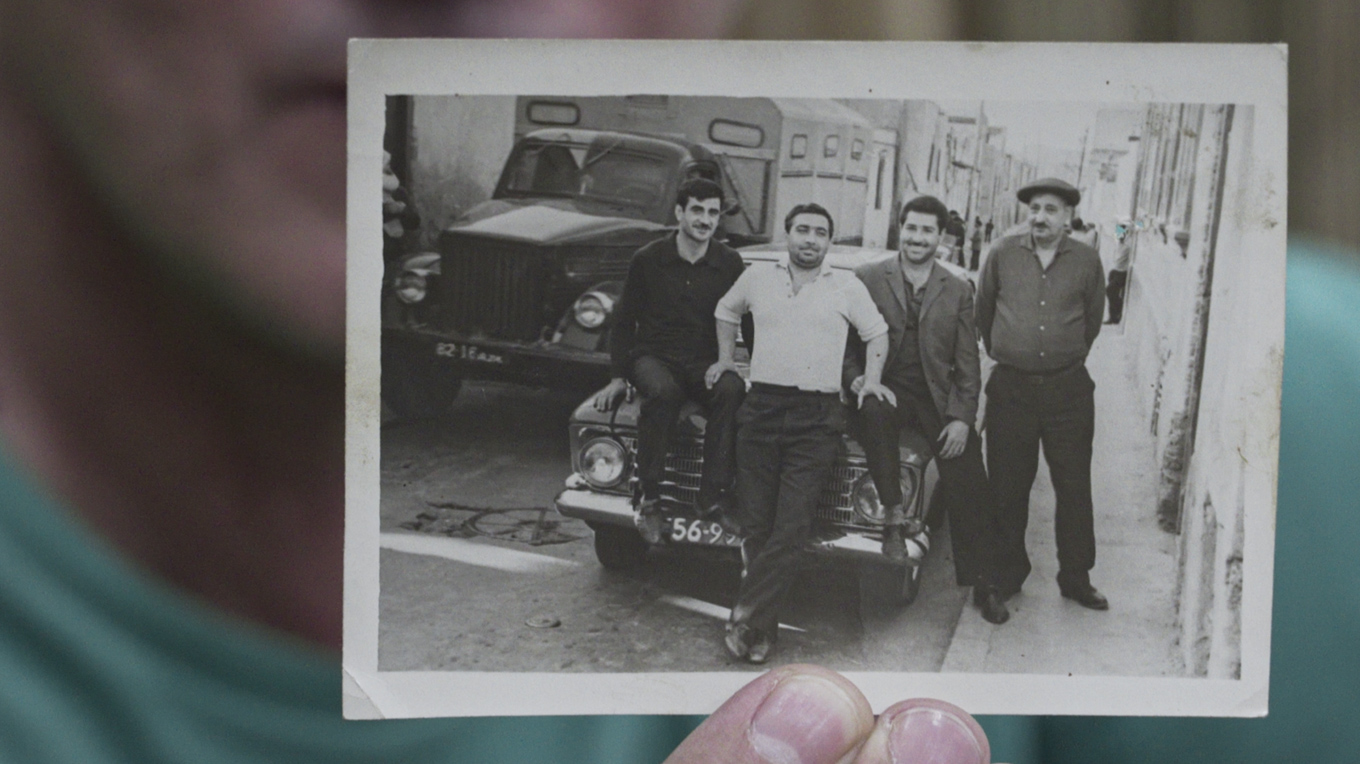 For example, a common feature of modern digital mapping is to include invisible rolling updates to the base map to reflect recent satellite data. The promise of these updates is that your map will never go out of date and always display reliable and accurate information. When a demolished neighborhood no longer appears on a map, a power like Azerbaijan’s government can direct stories of the place away from the former community’s memories and the violence of the demolition. When Sovetski is gone from the map, its stories disappear as well.

But a common hiccup with modern mapping is that the new, updated base map often doesn’t quite line up with reality – as when a road is unexpectedly closed or a business has moved. When a user encounters this, it opens an opportunity to question the authority of the map, to question what happened to cause the disconnect.

With Mehelle we’re able to co-opt and produce this phenomena for users. The base map of Baku – what you might see using Google Maps – no longer features the streets of Sovetski, but that makes the contrast between the new park and the neighborhood in our collected material even greater and more shocking. Looking at the map or walking in the completed Central Park there is no sign of the community that once stood here, but one can open Mehelle, hold it up, and view a holiday gathering on that very spot years earlier.

In this way, that old neighborhood we walked for a final time in 2015 persists, haunting encounters today in a virtual space. 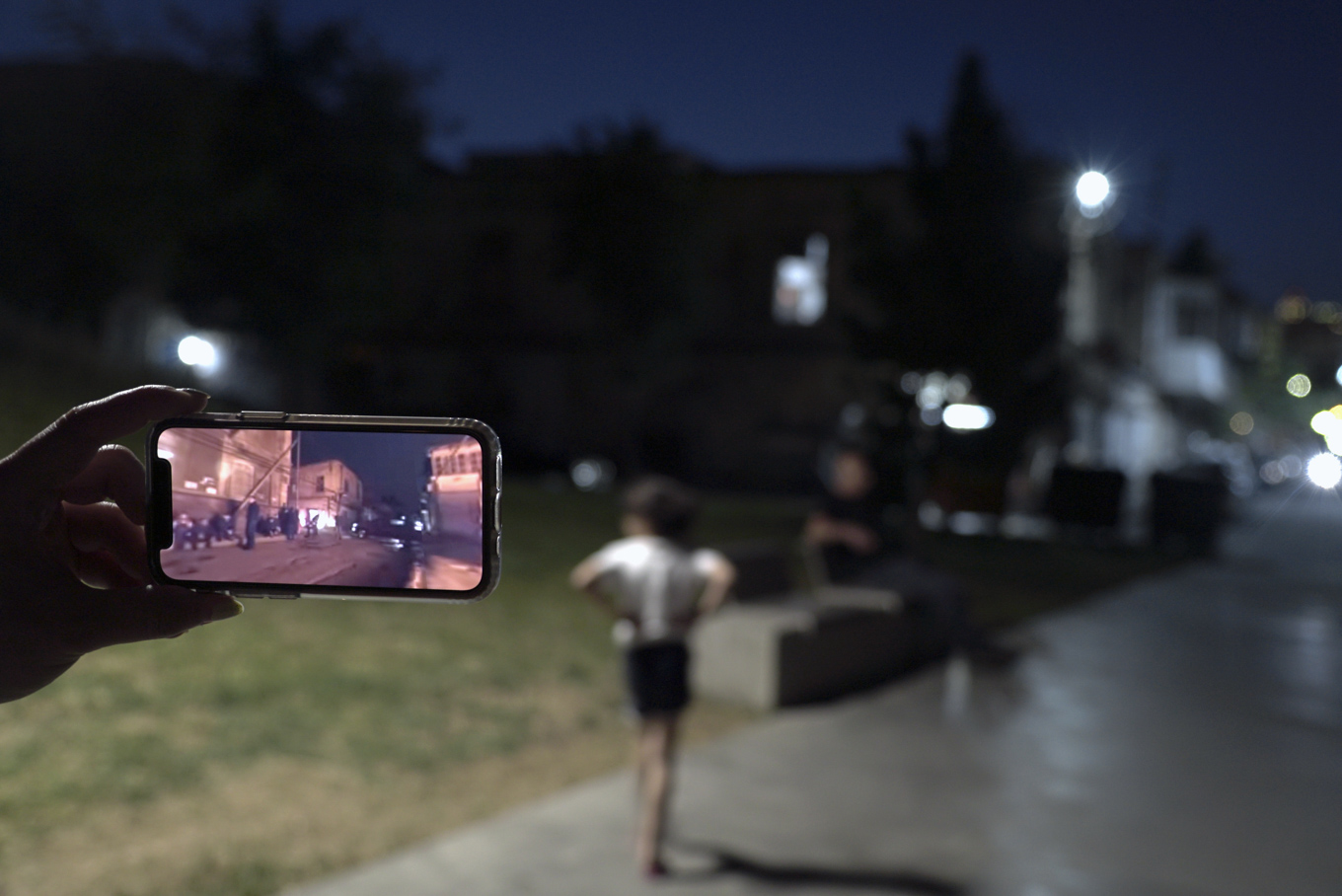 Watch the accompany documentary Mehelle: short stories from around Sovetski, collected between 2015 and 2018.