Perspectives | In Tajikistan, the EU must mind the GAP

Donors pushing for Tajikistan to shift from subsistence farming to commercial production are not going to relieve rural poverty. 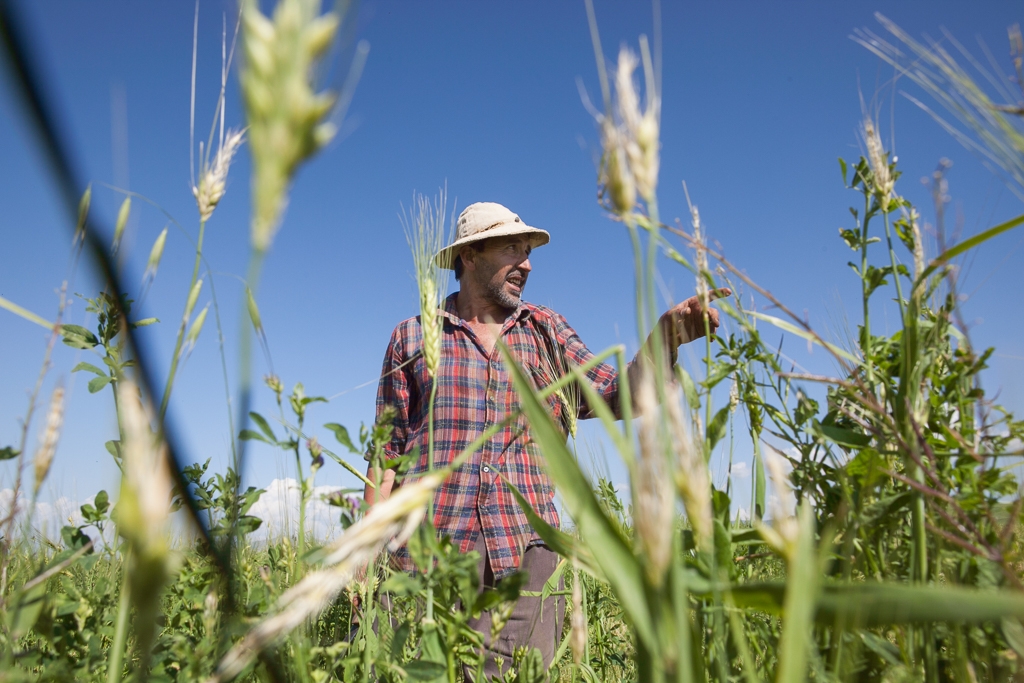 Which way to the EU? (David Trilling)

Traveling through Tajikistan in summer is a fruit fiend’s dream. Mounds of melons, cherries and apricots line the roadside. Local bazaars are a cornucopia of mulberries, tomatoes and plums. Yet the abundance can be illusory. Outside the bumper crop season, Tajikistan depends on imports for many staples.

The international donor community has focused on reforming Tajikistan’s rural economy since the aftermath of the 1990s civil war. The commercialization of farming is now a core priority in rural development schemes by donors such as the World Bank and Germany’s GIZ, and features in the new EU-Central Asia strategy announced last month. Donors regard agricultural commercialization as key to addressing rural poverty and food insecurity – and thus another concern: radicalization.

Yet nearly three decades after the start of international engagement, Tajikistan is still the poorest post-Soviet republic. Economic growth has even slowed in recent years. Remittances from migrants working abroad are a core source of income, particularly in the countryside.

This lack of progress begs us to ask if the assumptions underpinning donor efforts are realistic. Would a shift from subsistence farming to commercial production really relieve rural poverty? And by targeting wealthier parts of the country for reform, aren’t donors exacerbating regional differences?

Challenges are abundant. One is infrastructure. A 2012 World Bank report concluded that it is no less expensive to ship commodities between Dushanbe and several other Tajik cities than to ship them between Moldova and the United States.

Another is that many small farmers produce a wide variety of produce. It is difficult to market boxes of fruits of different sizes and tastes. Schemes to streamline production often require futures contracts, which can limit farmers’ autonomy and compound debt for those unable to produce the contracted deliverables. Tajik farmers know all too well the risks involved; loss-making contracts are a staple in the cotton sector.

These details do not seem to faze the Tajik government, which is intent on increasing agricultural exports. Dushanbe is pursuing Good Agricultural Production (GAP) certification and seeks to become a beneficiary of the EU’s Generalized Scheme of Preferences+ (GSP+).

GAP was initiated in 1997 by European supermarkets sourcing products globally. It eventually became an independent certification system; today it describes itself as the “worldwide standard for good agricultural practices.” After attaining certification, the Tajik government hopes to increase exports, particularly to Kazakhstan and China; both are valuable markets and both tend to adhere to GAP standards.

The GSP+ scheme, which the EU highlights in its new Central Asia strategy, targets low- and middle-income countries and removes duties on over 66 percent of EU tariff lines. The EU granted Kyrgyzstan GSP+ status in 2016; it is currently negotiating analogous agreements with Tajikistan and Uzbekistan.

True, GSP+ status has important symbolic meaning for governments; status projects an image of a government willing to reform and integrate into the global economy.

Yet for all the hype around these two programs, their effect on rural poverty in Tajikistan will be limited – just as GSP+ has been in Kyrgyzstan.

The GSP+ program does not exempt tariffs on wheat, for instance, or cotton – still Tajikistan’s primary cash crop. The products that would qualify for exemptions, such as dried fruits and nuts, come mainly from Tajikistan’s northern Sughd region, the country’s most prosperous, which already enjoys strong market access in bordering Uzbekistan and Kyrgyzstan.

For this reason, GSP+ looks like it would actually aggravate divisions within Tajikistan. The southwest Khatlon region is one of the poorest and most neglected parts of the country, despite abundant arable land. In Khatlon, donors have mainly focused on rural household plots, avoiding the farmers who struggle to access markets and obtain high-quality inputs. Yet donors seem to consider structural interventions in the rural Khatlon economy – the home region to President Emomali Rahmon and many government powerbrokers – a political non-starter. By avoiding larger overhauls in Khatlon, they leave the region’s feudal-like economic structures in place.

The new EU strategy says that “economic reform and modernization should bring benefits to the entire societies and contribute to reduce inequalities as well as regional disparities and the rural-urban divide.” On the ground in Tajikistan, the EU’s plans could instead exacerbate regional disparities, helping some regions at the expense of others.

Irna Hofman is a sociologist specializing in rural development in Central Asia; she is a research fellow at Leiden University in the Netherlands.