The short-term crisis between the two neighbors has dissipated. But in the longer term, relations have gotten a lot more complicated. 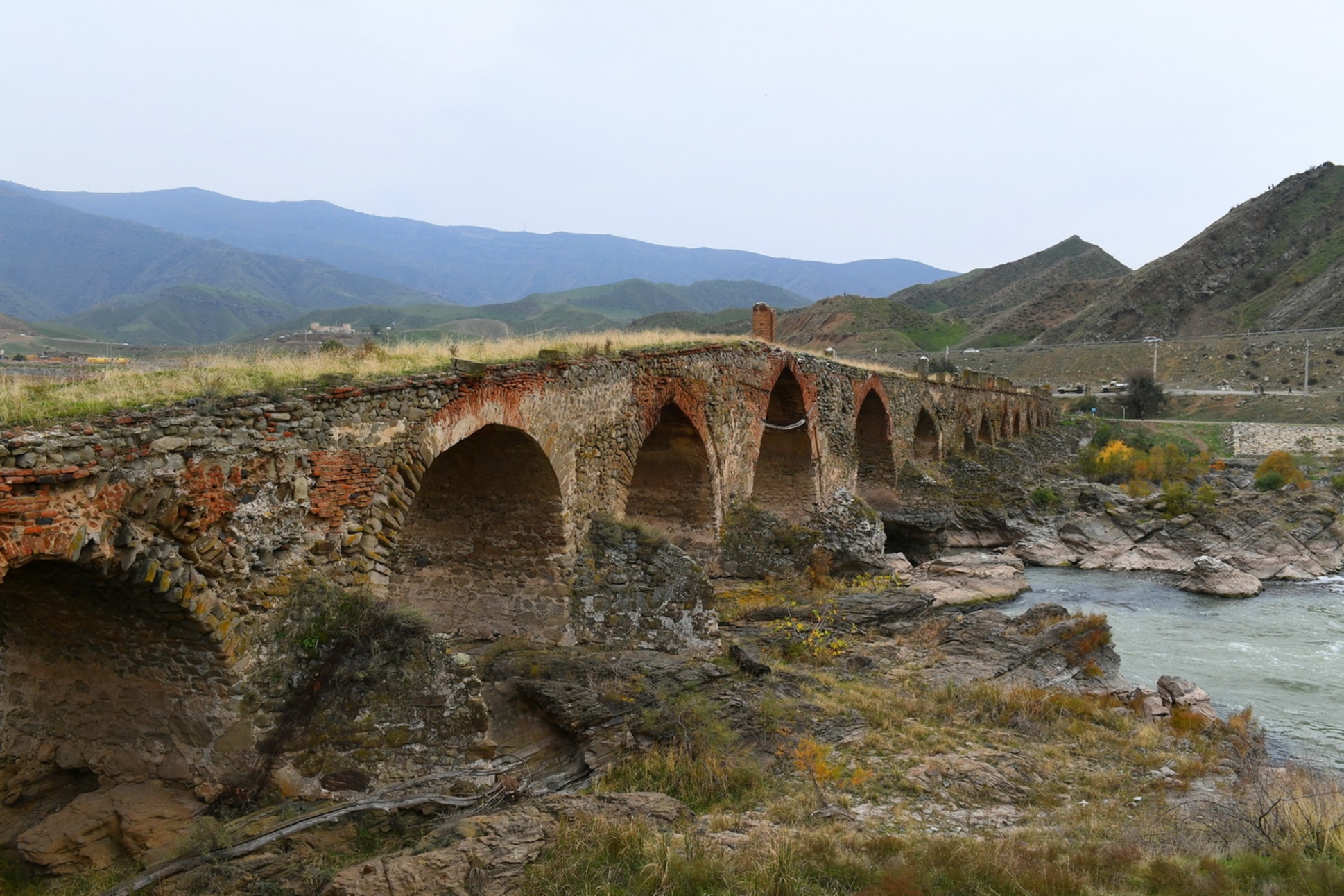 As tensions subsided following weeks of saber-rattling and hostile rhetoric, the foreign ministers of Iran and Azerbaijan had a November 5 phone call in which they blamed “ill-wishers” for trying to exploit “recent misunderstandings between the two neighbors,” as the Iranian readout put it.

But the short-term rapprochement and blame-shifting only serves to obscure larger shifts in the relationship: While the war games and insults have abated, diverging geopolitical choices continue to pull Baku and Tehran in opposite directions, augmenting the risks of periodic eruptions in the future.

Azerbaijan’s victory in the 2020 war against Armenia, achieved with Turkish and Israeli support and Russian acquiescence, convinced Baku that its military-diplomatic strategy was vindicated and that there is little reason to alter it. Iran, by contrast, was sidelined by the war: Its peace plans proposed during the fighting elicited little interest in Baku, and Tehran has been unhappy about post-war developments, particularly by its arch-foe Israel’s expansion of its foothold on Iran’s northern borders.

With its newly consolidated alliances and fresh military confidence, Baku felt it could largely ignore its southern neighbor’s concerns. That explains the arrest in September of two Iranian truck drivers transiting Azerbaijani-controlled land en route to Armenian-controlled parts of Karabakh. While the incident could have been resolved through quiet backroom diplomacy between the two capitals, Baku chose to send a public message to Tehran that it won’t tolerate what it saw as encroachments on its sovereignty. That triggered unprecedented Iranian military exercises next to the Azerbaijani border.

Azerbaijani President Ilham Aliyev tried to put on a brave face but couldn’t hide his surprise and unease about Tehran’s escalations. While pro-government websites responded to the crisis by extolling the might of Azerbaijan’s armed forces, military confrontation with Iran – a country with eight times the population – clearly is not in Baku’s interests. All the more so because even Baku’s main ally, Turkey, is unlikely to fight a war with Iran on Azerbaijan’s behalf.

In recent years relations between Turkey and Iran have been on a downward spiral in several areas. The South Caucasus is one of them, as Tehran resents Ankara’s expanding reach there, most of all its rising influence in Baku. Both sides, however, have been mindful not to let things deteriorate too badly and have taken steps to de-escalate. On November 15, Iran Foreign Minister Hossein Amir-Abdollahian shared his “delight” at hosting his “brother” and Turkish counterpart Mevlüt Çavuşoğlu in Tehran. That visit was reportedly a precursor to a visit to Tehran by Turkish president Recep Tayyip Erdoğan, during which some kind of roadmap for future relations is expected to be discussed.

Even if such a document were to be signed, it likely wouldn’t drastically change the current trajectory of Turkish-Iranian relations. With political Islam receding in Turkey, and conservative nationalism resurgent, Ankara will continue to bolster its alliance with Baku while trying to expand its influence further east into the Turkic republics of Central Asia.

That explains Turkey’s support for a transportation route linking it with Azerbaijan (what Baku calls the “Zangezur corridor”) through Armenia, potentially cutting off Iran. But preserving channels of dialogue can make the differences between Ankara and Tehran more manageable. Turkey also realizes that, should relations sour further, Iran can leverage its ties with the Kurdish Workers’ Party (PKK) against Ankara. Policymakers in Baku would be wise to realize the limits of the Turkish support in any potential future conflagration with Tehran.

Azerbaijan’s close relations with Israel represent a different set of variables. Baku strongly benefited from Israel’s military technology, particularly drones, during the war with Armenia. Pro-Israel organizations also are a mainstay of Baku’s lobbying efforts in Washington directed, in no small degree, to neutralizing the rival Armenian lobby and blunting human rights criticisms. In exchange, Azerbaijan is expected to continue providing a platform for Israel’s intelligence activities aimed at Iran.

Meanwhile – already after the latest Baku-Tehran spat cooled down – the state-run Azerbaijan Diplomatic Academy is proudly hosting a member of a group of Washington pundits who openly advocate for Iran’s dismemberment on ethnic lines because that, in their view, would benefit Israel. In this context, given the bellicose statements from Israeli officials concerning Iran’s nuclear program and the uncertainty surrounding the revival of the multilateral agreement that held it in check, Tehran continues to see Azerbaijan as a potential staging ground for an Israeli military attack.

This growing threat perception is leading Iran to build up its deterrence against Baku. Recently, the influential website Iranian Diplomacy, linked to former high-ranking diplomat Sadeq Kharrazi, published an article criticizing the government’s purported “appeasement policy towards Ankara and Baku” and calling for a more robust defense of “Iran’s national interests in the north.”

In practical terms, one immediate way of doing so is for Iran to pivot towards Armenia. Many in Baku saw the recent trucking spat as ending in Azerbaijan’s favor, as Iran committed to banning its trucks from travelling to Nagorno-Karabakh. The reality, however, is more complex: While Tehran indeed conceded on that issue, it also has made it clear that it will henceforth prefer Armenia, rather than Azerbaijan, as its conduit for north-south trade, thus depriving Azerbaijan of some potentially lucrative business opportunities.

Other Iranian moves could be even more fraught for Azerbaijan. Iran’s efforts to cultivate pro-Iranian constituencies, primarily through Shiite religious organizations, have not yet borne fruit. Few in Azerbaijan are attracted to the Iranian system of governance, and not all devout Shiites are pro-Iran.

But over decades of international ostracism, Iran has developed highly adept skills of asymmetric warfare. The fact that Tehran today lacks any credible proxies or allies in Azerbaijan does not mean that it won’t keep trying. Iran will simply adapt to a strategic landscape that is different from Lebanon or Iraq, where the “proxy strategy” has so far proved more successful.

Internal developments in Azerbaijan and Iran, meanwhile, are contributing to a deepening of the divide between the two nations.

Authorities in Baku have been using the crisis with Tehran to launch a crackdown on alleged “Iran sympathizers” in the country, by closing down a number of Shiite religious websites and detaining some prominent Shiite clerics, even though the evidence of their pro-Iranian activity is flimsy at best. Meanwhile, the state-affiliated media continue to accuse Iran in harsh terms of meddling in Azerbaijani affairs.

While in Azerbaijan there has been a resurgence of irredentism inspired by the thought of “reunifying” the territory of the Republic of Azerbaijan with the northern Iranian provinces largely populated by ethnic Azerbaijanis and known to nationalists as “southern Azerbaijan,” in Iran a countervailing movement also has gained momentum.

From this angle, it is Azerbaijan that must be reunified with the “Iranian motherland” after being forcibly incorporated into the Russian empire in the 19th century. These views have gained fresh prominence in Iran, especially on the level of public discourse. The influential reformist daily Shargh is instrumental in disseminating them. But such views are not limited only to reformist circles, as Iranian nationalism is increasingly serving as a glue around which different segments of the population can rally.

With both Baku and Tehran digging in on their current foreign policy trajectories, and public attitudes in both countries increasingly seeing each other through an adversarial lens, both neighbors appear destined to continue on this collision course for the foreseeable future.