The Islamic State in Afghanistan is using the Taliban’s cozy relations with Uzbekistan as propaganda fodder. 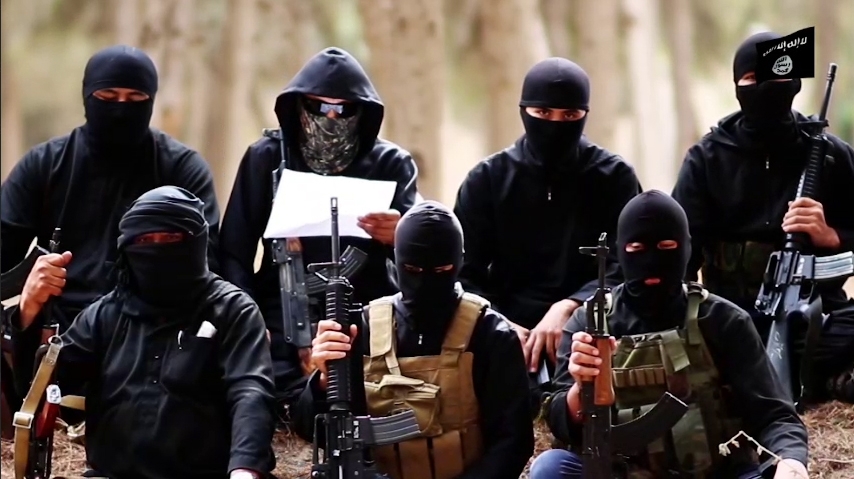 A screenshot of Uzbek militants pledging allegiance to IS.

As the Islamic State tries to weaken Afghanistan’s new rulers, its propagandists are turning a spotlight onto the Taliban’s warming ties with neighboring countries. Perfidious China is committed to repressing Muslims, the militants say. Uzbekistan is also a target.

The regional IS chapter, Islamic State Khurasan Province (ISKP), frames the Taliban as a Pashtun ethno-nationalist movement, sabotaging its credibility as a religious authority and as a government representing all Afghans – including Afghanistan’s sizable ethnic Uzbek population. ISKP, by contrast, claims to transcend ethnicity, factionalism and national borders.

In Islamic State’s telling, the new Kabul government is an untrustworthy steward – “prostitutes” obsessed with power – not what is good for Muslims.

This aspect of IS’s propaganda began with the 2015 divorce between the Taliban and the Islamic Movement of Uzbekistan (IMU), a terror group founded in the 1990s with the aim of toppling the government in Tashkent. The two were formally allied for about 15 years before the IMU pledged allegiance to the Islamic State. Incensed by the betrayal, the Taliban aggressively hunted and eventually decimated the IMU in its Zabul province sanctuary.

ISKP’s leader at the time, Hafiz Saeed Khan, said the “treacherous, deviant, nationalist Taliban” had “martyred” Uzbeks, including “defenseless women and children,” in a “criminal massacre.”

His words set the tone for the Islamic State’s South Asia branches, which continue to portray the Taliban as hostile to ethnic Uzbek civilians – those hailing from Uzbekistan as well as Afghanistan’s own Uzbeks.

With the Taliban and Tashkent now holding regular high-level meetings to discuss trade and humanitarian aid, Uzbekistan has been featuring more often in IS propaganda. Using photos and videos from these meetings, Islamic State mouthpieces generalize to treat the Taliban’s 2015 attacks on the IMU as attacks on all Uzbeks. IS supporters claim the Taliban-Tashkent relationship is evidence that the Taliban, by allying with a country notorious for repressing independent expressions of Islam, are heretics.

In recent months, elements of the South Asia IS media ecosystem – a diverse network of official IS outlets, informal supporters of ISKP and Islamic State Hind Province (operating in India), and other online supporters using various languages – have developed this narrative by exploiting two images in particular. The first is a photo from a November 2018 meeting in Moscow between the Taliban and diplomats including the Uzbek president’s envoy for Afghanistan, Ismatulla Irgashev. The second is a photo of an Uzbek official putting a chapan coat on the Taliban’s Mullah Baradar during his August 2019 visit to Uzbekistan.

The Moscow image appears, for example, in a May 2021 Pashto-language ISKP video that singled out the Taliban’s killing of Uzbek militants. This video was later used by Bengali IS supporters in fliers blasting the Taliban’s relations with Central Asian states.

This line of attack – that the Taliban are apostates for killing Uzbek Muslims – continues still. Late last month, a prominent Urdu ISKP supporter on Telegram denounced the Taliban’s “brutal” killings of “innocent Uzbek refugees” including women and children.

Militant Uzbeks have been attracted to Islamic State since the jihadi group’s earliest days. Hundreds, if not thousands, flocked from Uzbekistan to join the “caliphate” in Syria and Iraq. Uzbeks with IS ties have been linked to terror attacks in New York, Istanbul, Stockholm and elsewhere.

Today ISKP’s campaign is not limited to media warfare. It often claims brazen attacks inside Afghanistan, including mosque bombings in recent months that have killed scores. As part of its “economic war” against Taliban rule, ISKP has also targeted power lines carrying electricity to Kabul from Central Asia.

With this record of hostility, Tashkent faces the continued threat of attack from ISKP and inspired militants. Afghanistan’s rulers may have changed, but the problem of Islamic militancy on Uzbekistan’s southern border has not.