Sympathizers are expanding their social media efforts in the Uzbek language. 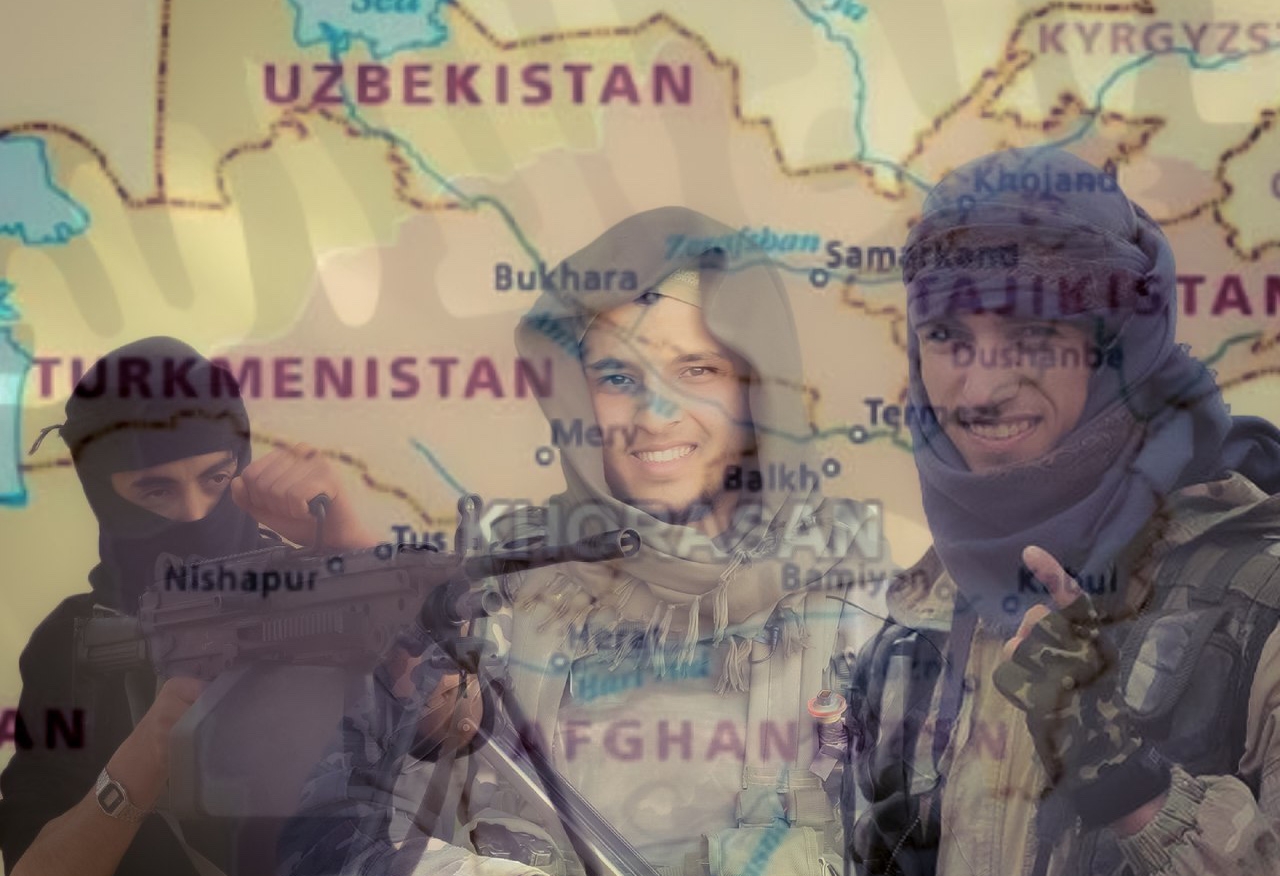 Islamic State propagandists have their eyes on Central Asia. (Telegram)

A familiar call to young men in Central Asia has lately grown louder in the Uzbek language.

“Emigration to Khorasan is open,” declared the Telegram post. The “caliphate in Khorasan” is “expanding and growing by the grace of God.”

The August 15 message promises those who fight and die for the Islamic State Khorasan Province (ISKP), as the terror group’s Afghanistan branch calls itself, will be rewarded in the afterlife. An accompanying photo shows several armed men superimposed on a modern map of Central Asia. The caption is written in both the Uzbek Latin alphabet as well as the Uzbek Cyrillic still used by older people.

The post was distributed by Xuroson Ovozi (Voice of Khorasan, named for a medieval Muslim state stretching across parts of Afghanistan and Central Asia), which has increased its efforts to recruit in Uzbekistan since celebrating a cross-border attack from Afghanistan in the spring.

Xuroson Ovozi is now partnering with ISKP’s self-proclaimed propaganda organ, Al-Azaim Media. It produces both original and translated print, audio, and video materials in the Uzbek language, much like Al-Azaim Tajiki does in Tajik.

Notable targets include not only the Taliban, which has largely shut Uzbeks and Tajiks out of its fledgling government, but also the governments in post-Soviet Central Asia on the other side of the Amu Darya river. Indeed, Xuroson Ovozi often zeroes in on Uzbek President Shavkat Mirziyoyev and former Foreign Minister Abdulaziz Kamilov – plastering promotional posters with their photos, giving a human face to the enemy. Al-Azaim Tajiki does the same with Tajik President Emomali Rahmon.

This attention on Central Asian leaders has become more prominent since the Taliban took over Afghanistan a year ago. Nowadays, Uzbekistan is the closest thing the Taliban has to a friend in Central Asia. At a conference in late July, Tashkent hosted Taliban leaders and regional officials to talk security, development and the kinds of infrastructure investments the Islamic State has explicitly threatened.

Another ISKP-affiliated Uzbek channel on Telegram, Tawhid News, criticized the visit, suggesting Uzbekistan was paying the Taliban for protection. Other ISKP supporters said the Taliban were pretending to be Muslims.

A few days later, Xuroson Ovozi added, using the Arabic word for the global community of Muslims: “Understand, the ummah needs lions!” The message was accompanied by a photo of an Islamic State fighter holding a knife. In an earlier audio message, the channel urged Central Asian Muslims to “come stand in the ranks of the Caliphate (in the sacred land of Khorasan), and commit jihad against Uzbekistan, the Taliban and their Western masters!”

In April, shortly after the rocket attack, a post declared “our jihad against the Taliban and the murtad [apostate] Uzbek government will continue,” impugning the Uzbek government as puppets “fulfilling the will of the U.S. and Russia to destroy Islam.”

The recruitment efforts appear well-organized. Xuroson Ovozi has designated Telegram accounts to answer questions about enlistment and to direct interested individuals to contact the ISKP recruiter tasked with screening, preparing, and facilitating travel to Afghanistan.

Xuroson Ovozi has no-doubt learned from other ISKP propaganda efforts, quickly moving to new Telegram channels when threads are blocked, and customizing its messages to align with the news cycle. The group sees Uzbekistan as a fertile ground for recruitment, criticizing the government in Tashkent as un-Islamic and the Taliban regime as a nationalist Pashtun movement undermining the interests of the global Islamic family.

In this interpretation, Central Asian Muslims have a duty to fight the Taliban and their own secular governments.

As an allied wing of Al-Azaim Media, Xuroson Ovozi is now not only positioned to reach Uzbek-speaking extremists, but also become a force multiplier with Al-Azaim’s Tajik and Persian language channels. It has quickly generated audience traffic because its messages are boosted by Al-Azaim. This gives it credibility and speedily grows its following.

With ISKP demonstrating willingness and intent to target Uzbekistan, Xuroson Ovozi will be a key player in attracting sympathizers. This doesn’t confirm it plays a role in plotting attacks, but as a trusted source of Uzbek-language propaganda and instructions, it is making itself a fundamental player in the radicalization of Uzbek nationals.