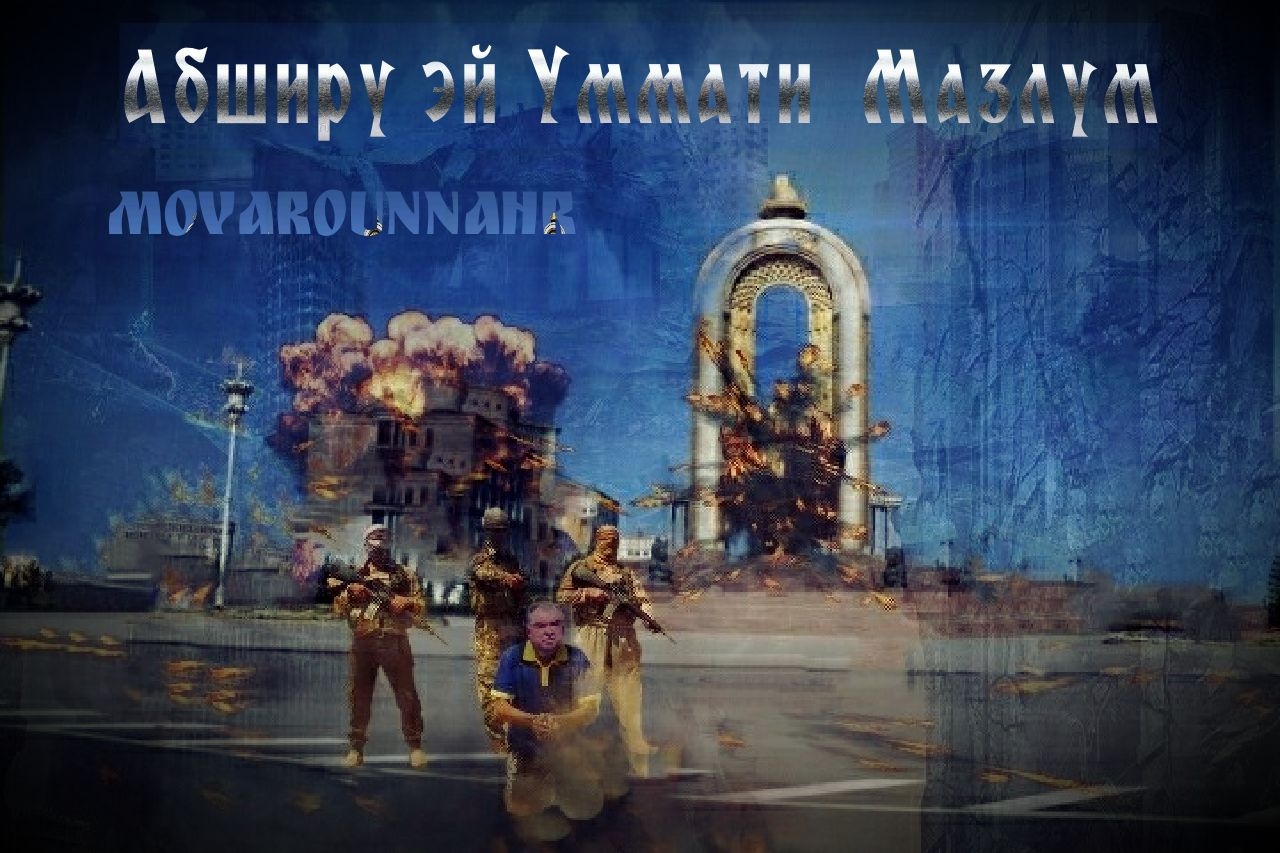 Tajik militants fighting in Afghanistan with the local IS affiliate, Islamic State Khurasan Province, are increasingly using Tajikistan’s authoritarian president as a recruiting tool. Emomali Rahmon is now appearing almost daily on ISKP-linked social media networks as a target alongside tips on how to travel to Afghanistan and, once there, how to connect with the radicals.

A sprawling network of ISKP-aligned networks on Telegram and other platforms create and spread propaganda in the languages and alphabets of Central Asia: providing religious guidance and translations of official IS media; besmirching the movement’s enemies, such as Rahmon; and raising money for the families of Tajik militants being held in Syrian detention camps.

Telegram groups publishing in Tajik Cyrillic include Protectors of the Ummat, Movarounnahr, Voice of Khurasan, and Voice of Khurasan Radio – incorporating ancient geographical names for regions that include large parts of post-Soviet Central Asia. The channel descriptions usually include contacts for aspiring jihadis seeking instruction and assistance. Though the channels are often taken down by the platforms, they quickly reappear, often with the same administrators.

The constellation of linked media and communications networks have evolved organically to perform distinct roles within a greater propaganda ecosystem, though all work toward the common cause of recruiting new members.

When looking to galvanize support, there are few approaches more powerful than propaganda by deed.

Over the past month and a half, ISKP has claimed rocket attacks from northern Afghanistan into Uzbekistan and, a few weeks later, Tajikistan. Neither caused reported causalities.

After ISKP said it had lobbed seven rockets at Tajikistan on May 7, the popular recruiter Yusuf Tajiki – an administrator of the Protectors of the Ummat channel – said, “the time of revenge” had begun, addressing Rahmon: “You were waiting for us, now we have launched our first missiles, so this is our signal to you that the flames of war have started!!”

Since that attack, Rahmon – a brutal strongman who came to power 30 years ago – has appeared more frequently in ISKP appeals. Several times per week the Protectors of the Ummat Telegram channel now posts photoshopped imagery of masked gunmen inflicting bodily harm on Rahmon, besieging Dushanbe, and setting off explosives in the Tajik capital. Accompanying messages often appeal to his “oppressed” people.

The Protectors of Ummat and other Tajik-language channels frequently exalt Tajik IS members who have proven their commitment on the battlefield, such as Gulmurod Halimov, the former head of Tajikistan's special police force, who defected to IS in 2015 and reportedly became a high-ranking commander in the Middle East.

The Tajik-language networks claim ISKP is a means to restore Islam at home, inviting followers to attack Tajikistan from the south to smash the perceived arbitrary national borders of Central Asian states.

In a message originally published last month by Movarounnahr that circulated through Tajik-language channels, Yusuf Tajiki asserted that supporters need not ask anyone’s permission before emigrating to wage jihad.

Around the same time, Anas Media, a new ISKP-linked channel, called upon Tajiks to “emigrate to … Khurasan province” – claiming, falsely, this is part of the Muslim duty of hijra, after the Prophet Mohammed’s migration from Mecca to Medina.

According to this logic, making hijra to join ISKP is the most efficacious way to topple Central Asian governments. By using the name Movarounnahr (what early Arabs called Mawara' al-Nahr, “land beyond the [Amu Darya] river”), the return to Muslim rule becomes embodied in the discourse of Tajik IS networks and supporters: “In the near future, we, the Mujahideen of Movarounnahr, will turn your prayers into demons,” reads one May 2 message on the Movarounnahr channel. Elsewhere, Yusuf Tajiki addresses Rahmon: “Oh tyrant of Movarounnahr, wait for our sharp swords, we are very close to you.”

ISKP has claimed a steady drumbeat of attacks in Afghanistan since the Taliban seized Kabul last summer. Islamic State ideology has also inspired attacks within Tajikistan, such as the high-profile murder of four Western cyclists in 2018. Now it seems the group intends to use its foothold in northern Afghanistan to continue to harass Central Asia’s weakest state, Rahmon’s corrupt and dysfunctional Tajikistan.