Since the Taliban took Kabul, Islamic State sympathizers across South Asia have increased attacks on the movement over its ties to China. 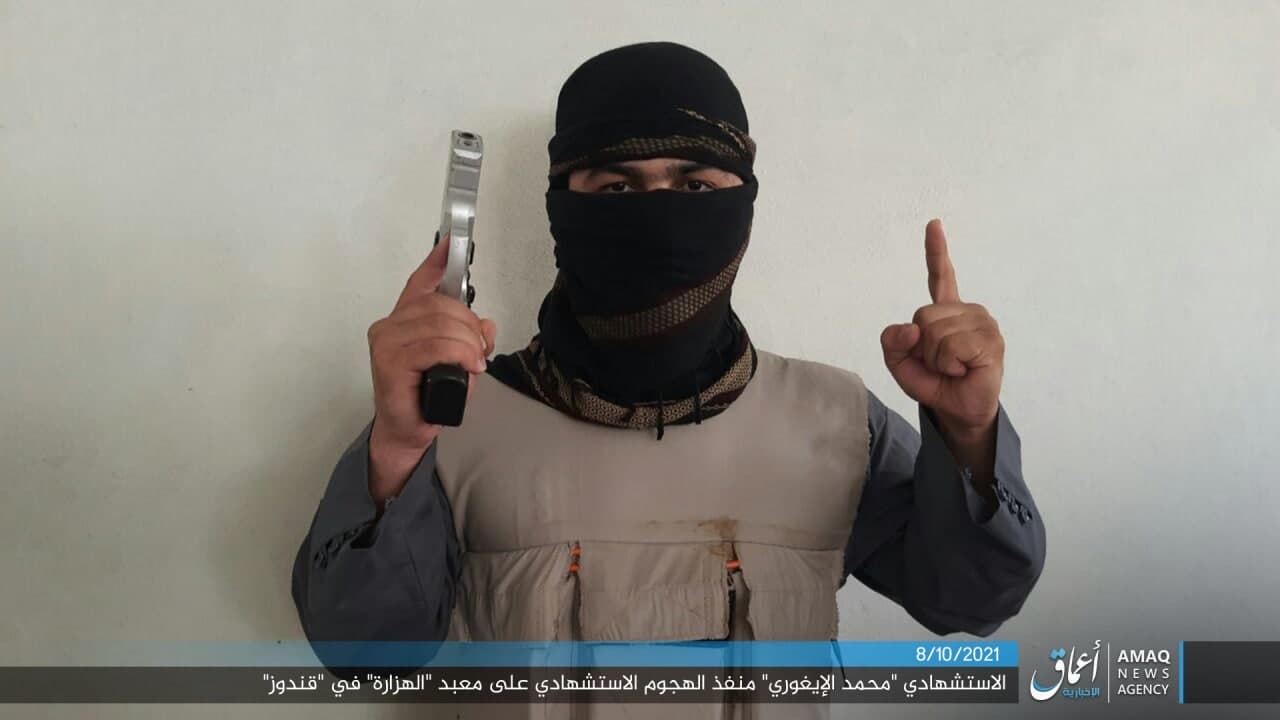 Since its founding in 2014, the Islamic State has always been hostile to China. China’s well-documented repression of Uyghurs and other Muslims in Xinjiang features often in IS propaganda, especially in South Asia.

That puts the Taliban in an awkward position.

Seeking international legitimacy and finance, the Taliban is carefully cultivating China. Beijing has reciprocated, inviting Taliban officials to visit several times since 2014. This past July, before Kabul had fallen to the Taliban, Chinese Foreign Minister Wang Yi warmly received the group’s leaders, telling them that Beijing expects they “deal resolutely” with Uyghur militants in Afghanistan.

Now Afghan Uyghurs say they are being harassed by the new Taliban government, apparently at Beijing’s behest.

That’s good news for Islamic State recruiters who exploit China’s ties with the Taliban to discredit the group, calling it a sell-out for negotiating with Americans and not defending the Xinjiang Muslims.

In recent months, the IS affiliate in Afghanistan, Islamic State Khorasan Province (ISKP), has used high-profile attacks, at least one claimed by an ethnic Uyghur, to nominate itself as the new leader of Afghan jihad.

Beijing was reportedly stunned when ISKP (also known as ISIS-K) claimed a Chinese Uyghur suicide bomber was responsible for carnage at a Shiite mosque in Kunduz that killed at least 50 on October 8. The Islamic State’s Amaq News Agency identified the perpetrator as “Muhammad al-Uyghuri” and thundered that “the Taliban has pledged to expel and oust [Uyghurs] at the request of […] China.”

The Voice of Hind, an English-language magazine published by an IS offshoot in India, celebrated the attacker as “a knight of Allah from China” and blasted the Taliban for supposedly vowing to protect Buddhist statues at China’s behest.

IS propagandists hoping to demonize China arguably find more fertile soil for their efforts in South Asia than in the Middle East. China’s historical ties to peoples across Asia are stronger. Since at least the time of Mao, Uyghurs have sought refuge in South Asia. (And China’s relations with South Asia’s largest economy, India, are extremely tense.) So the region’s militants have been able to craft more nuanced critiques of Beijing than what IS produced in the Middle East.

Following a meeting between Chinese and Taliban officials in Doha on October 26, IS sympathizers on Telegram scorned the contact, calling the Taliban “prostitutes” who pander to Beijing seeking official recognition. Some channels circulated photos from the event, homing in on a video of Acting Foreign Minister Amir Khan Muttaqi presenting pine nuts to Foreign Minister Wang, again accusing the Taliban of betraying China’s Muslims.

The Voice of Hind pledges “revenge” against China for “imprisoning the Muslims en mass [sic],” vowing never to let Beijing “put out the light of Islam in China.” In September, Voice of Hind described China as an “imperialist power,” and a subsequent issue said the Taliban “lick the boots of the crusaders and now Russia and China as well.”

This anti-China effort isn’t new. Early on, from its base in Iraq and Syria, ISIS released videos of Uyghur fighters threatening Beijing, Uyghur translations of its propaganda, and even a Mandarin-language chant. Now Beijing faces blowback much closer to home.