Before her sudden sacking, the ex-president’s daughter had been calling for more power. 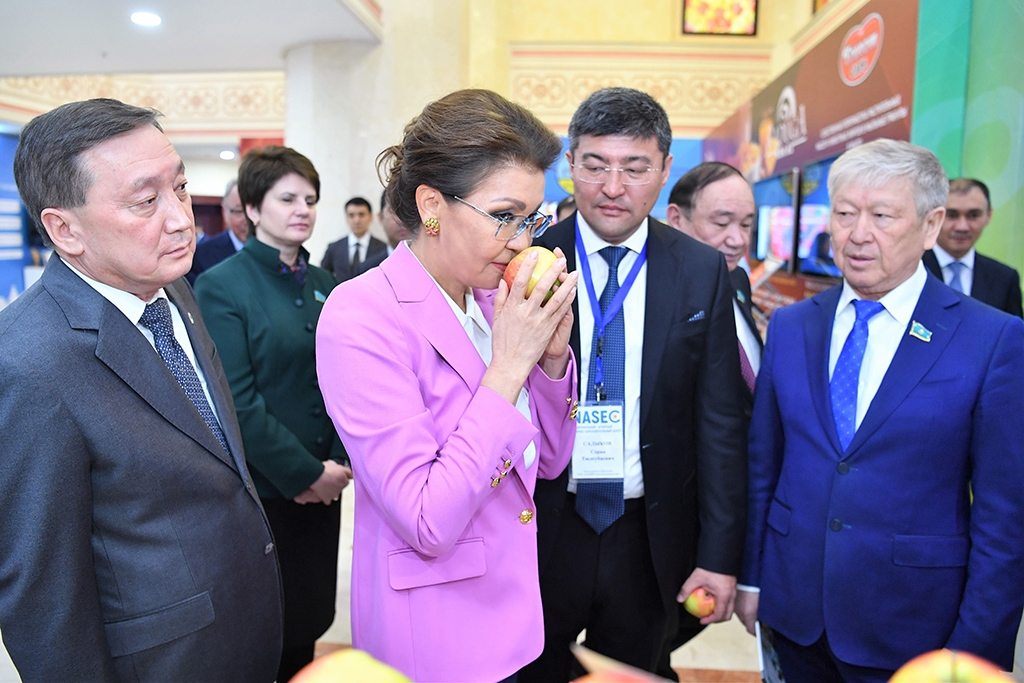 The ouster of Dariga Nazarbayeva from her constitutionally important post as speaker of Kazakhstan’s Senate came as a surprise. Close scrutiny of events in recent weeks, however, reveals hints of some tumult behind the scenes.

It is probably useful to point out first, though, that the job of chairing the upper house of parliament is truly important for only one reason. If the president, currently Kassym-Jomart Tokayev, should suddenly quit his job or become incapacitated or even die, the Senate speaker takes over.

That is what happened in March 2019, when Nazarbayeva’s father, Nursultan, stepped down without warning, bringing a close to his three-decade-long rule. Tokayev, a veteran diplomat and trusted Nazarbayev ally, was then the Senate speaker, rendering his transition into the presidential seat a smooth process.

Straining to show his loyalty to the ruling family, Tokayev immediately did two things.

Amid outpourings of gratitude and praise for his old friend and mentor, he oversaw the renaming of the capital city, from Astana to Nur-Sultan.

But this is cheap stuff. More importantly, he looked on as the Senate voted to appoint Nazarbayeva as his replacement, thereby providing the family with a back-up option and maybe even helping implement a monarchical-style succession strategy.

And it was not as if Nazarbayev, who turns 80 in July, was going anywhere either. He will, until his final breath, be protected by a shroud of legal invincibility afforded him by the bespoke title of Leader of the Nation, which was bestowed upon him in 2010 amid a sustained series of cult of personality-building stunts. Even more importantly, he continues to retain his lifetime post as chairman of the Security Council, an institution that oversees all the nation’s security bodies.

Even that was not enough. In October, Tokayev signed off on a strange decree that limited his own powers and scope for independent action. Nazarbayev, meanwhile, was granted a veto over key political and security appointments, thereby limiting his successor’s ability to get up to mischief, should he have been that way inclined.

There is some regional context to consider here. In neighboring Kyrgyzstan, outgoing President Almazbek Atambayev decided in late 2017 to fix his one-term-limit conundrum by anointing as his successor a man he believed would prove a feeble patsy whom he could manipulate with ease.

That went horribly wrong, as it turned out. Atambayev was surprised to find that Sooronbai Jeenbekov had his own mind after all. The extended soap opera culminated in a bloody standoff at Atambayev’s country residence in August 2019. The ex-president can now consider his errors at leisure as he awaits his certain prison sentence.

Nazarbayev may trust Tokayev, who reciprocates the attitude by praising his predecessor at every opportunity, but he is nonetheless alive to the dangers of being naive about one’s protégés.

So it is that Tokayev has operated in something of a Nazarbayev sandwich: one above and another below. And to extend this metaphor even further, the secret to a good sandwich is to avoid cutting the slices too thick. Too much bread overwhelms the filling. Or is it too much filling that ruins a sandwich?

On April 15, the Constitutional Council issued a statement to say that it was reviewing a petition from the Senate chair requesting further elucidation on how to interpret Article 61, Paragraph 3 of the Constitution. That passage of the document stipulates that it is parliament that has ultimate authority when it comes to regulating and establishing fundamental principles on all important areas of policymaking.

It is very hard to read that as anything but a shot fired by Nazarbayeva across Tokayev’s bow, a strong implication that lawmakers should be given more of a role in running the show.

Nazarbayeva seemed to make a related point in a slightly more forceful manner on April 30, when she talked in sweeping terms about the need to radically overhaul how the government and the economy are run.

“The task, let’s be frank, is extraordinary in its complexity and scope. It imposes special requirements on the collective efforts of the government, parliament, local authorities and civil society,” she said.

These interventions are not being made in a vacuum. Kazakhstan is looking at the prospect of some very challenging times. The price of oil, the country’s most important export commodity, has hit a historically low ebb. The nationwide lockdowns that the government has instituted as part of its anti-coronavirus strategy have caused huge job losses. Even if the measures are only temporary, and it looks like the authorities are eyeing a gradual transition to normality throughout the month ahead, the repercussions will take longer to wear off.

Reading between the lines, Nazarbayeva may be hinting that neither Tokayev nor the ruling order as it is currently structured is up to the job of navigating Kazakhstan out of this mess.

If that is indeed what she is saying, her removal from the Senate might mean that the president had grown weary of her backseat driving.

That said, it is improbable Tokayev would have moved to sideline Nazarbayeva without her father’s consent. Some have conjectured that Nazarbayev is growing frustrated at being embarrassed by his 56-year old daughter, whose recent scrapes in the British justice system have exposed the family’s riches to more scrutiny than is desirable.

None of this is to say that Tokayev has been a passive actor in this political drama.

If even for the worst possible reason, the coronavirus crisis has handed him a level of control and power over public life that he could not have imagined a few weeks ago. What is more, he has done all this with almost complete acquiescence among the population.

Nazarbayev has always struggled to react in timely fashion to unfolding crises, be it natural disasters, public unrest or acts of militant violence. His conduct at such times, while president, was typically to wait cautiously, sometimes for days, and then issue directives from afar.

Tokayev could not be more different. When a town in south Kazakhstan was rocked by cataclysmic blasts at a nearby ammunitions depot last summer, he rapidly flew to the scene. As the coronavirus has ripped through the country, he has frequently been seen alongside health and law enforcement workers. (Nazarbayev, by contrast, has performed one of his trademark disappearing acts).

Tokayev’s responses to a wave of anti-government protests last year included the creation of a National Council of Public Confidence that was supposed to serve as a bridge between rulers and civic activists. This last effort is widely considered to have been a dismal disappointment, but the attempt to pursue dialogue nonetheless marked a departure from the no-questions-asked, arrest-happy predictions of Nazarbayevite hawks.

The current situation is thus handing Tokayev a deeply risk-tinged opportunity: He can advance his authority in both formal and reputational terms, but only to find himself having to navigate Kazakhstan out of one of its most complicated predicaments since independence.

Even if Nazarbayeva is shoved out into the political wilderness – and it is too early to know if that is what is happening – she may one day be grateful for the distance this has put between her and all these troubles.