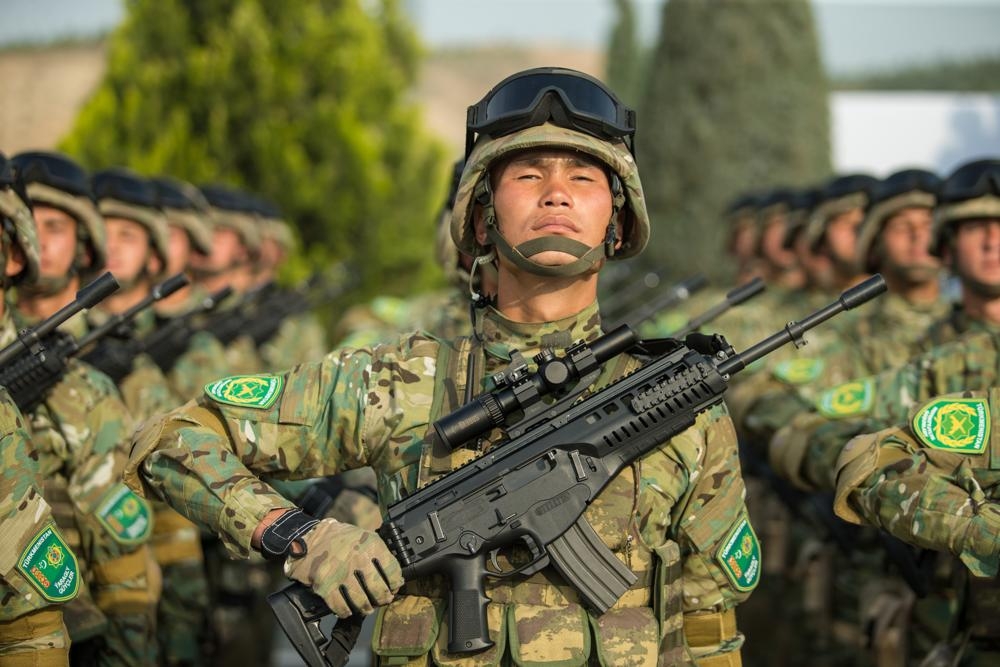 The government of Turkmenistan is one of the most repressive regimes in the world, and it deserves no special treatment from the United States. Instead, the U.S. government should hold Turkmenistan accountable for its many violations of human rights and religious freedom by lifting its national security waiver.

President Gurbanguly Berdymukhamedov’s bizarre cult of personality dominates daily life in Turkmenistan through huge golden statues and constant fawning television coverage. His eccentric antics – such as rapping about horses with his grandson on state TV – would be laughable if they didn’t mask more brutal realities. Indeed, Berdymukhamedov recently attracted the attention of comedian John Oliver, who devoted an entire episode of his HBO series to the dictator’s strange behavior.

In 2019, Reporters Without Borders ranked Turkmenistan the worst place in the world for press freedoms, calling it an informational “black hole.” It is particularly difficult to get information about the country’s secretive prison system, where “torture and ill-treatment remain integral” according to a recent report by Human Rights Watch. We at the U.S. Commission on International Religious Freedom (USCIRF) are especially concerned by the fact that many of those condemned in secret trials, or who simply disappeared, are religious prisoners of conscience whom Berdymukhamedov’s government has condemned under vague and unsubstantiated charges of “extremism” or “inciting religious hatred.”

Turkmenistan’s government is suspicious of any independent religious activity and maintains a large surveillance apparatus that monitors believers at home and abroad. Citizens who appear to be overtly religious are considered extremists by the authorities. Even Islam, the majority religion, is highly regulated.

The state appoints Muslim religious leaders and dictates the content of sermons and prayers. Imams regularly include prayers for President Berdymukhamedov, asking not only for his health and long life, but also for God to punish his enemies. Muslim sources report being questioned by police about whether their ultimate loyalty was to God or the president, and young bearded men are periodically detained and forcibly shaved. In 2019, for example, police reportedly held one man for several days, forcing him to drink alcohol while interrogating him about his religious beliefs. Official hostility to religion has increased to the point that Muslim citizens are now afraid to celebrate Ramadan for fear of being targeted.

USCIRF has recommended that the U.S. State Department designate Turkmenistan a Country of Particular Concern since 2000 as one of the world’s worst violators of religious liberty, and has done so again in its 2020 Annual Report, which was published recently. In 2014, the State Department finally implemented this recommendation but regrettably has included a national security waiver every year since that negates punitive consequences as required by the International Religious Freedom Act (IRFA).

The waiver, ostensibly granted to maintain Turkmenistan’s support for the dwindling U.S. presence in Afghanistan, only bolsters the regime’s claims that security concerns necessitate its brutal repression. Yet there is little evidence that Berdymukhamedov’s neo-Stalinist state – which has refused to even acknowledge the receipt of U.S. assistance – is at all concerned with American interests. As the U.S. presence in neighboring Afghanistan evolves, so too must regional policy.

Supporting an outlandish dictator who tramples on the basic rights of his people is not in the interest of the United States. Religious extremism typically flourishes in places where freedom of religion or belief is under attack, while stability thrives in societies where citizens’ rights are respected. The governments of neighboring Kazakhstan and Uzbekistan are beginning to recognize the value of a more tolerant approach to religion and working toward reform – but Turkmenistan remains intransigent. It is time for U.S. policy to adapt by lifting the national security waiver that gives Turkmenistan a free pass to deny its people religious freedom and other basic rights. This will finally enable the kind of punitive consequences mandated by the IRFA, such as those recently recommended by our commission.