The 36-year-old son of Turkmenistan’s president is rapidly accumulating power. 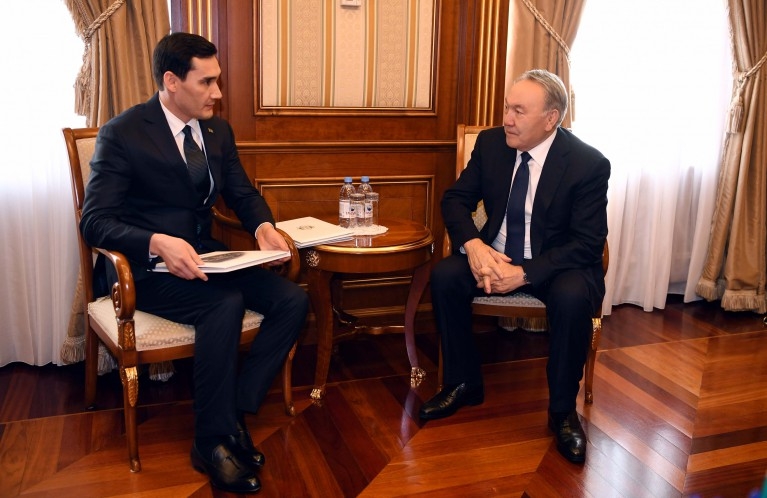 Dynastic rule is coming back into fashion in Central Asia. And the more consolidated the authoritarian regime, the more openly the grooming of a successor can take place. This maxim appears to be bearing itself out in both Turkmenistan and Tajikistan.

Preparing for a family member to take over the presidential throne can be fraught with risks, however. In the case of Kazakhstan, President Nursultan Nazarbayev’s former son-in-law, Rakhat Aliyev, was convicted of plotting to overthrow Nazarbayev’s government and died in prison in Vienna, while the daughter of the deceased president of Uzbekistan, Gulnara Karimova, remains under house arrest in Tashkent. Nonetheless, the need to secure the presidential legacy and wealth is paramount, and so the smart autocrat will attempt to hand-pick a successor, ideally a son or daughter on whose loyalty he can depend. In Tajikistan last year, President Emomali Rahmon appointed his 29-year-old son, Rustam Emomali, mayor of the capital.

While Turkmenistan’s first president, Saparmurat Niyazov, was estranged from his family and his playboy son lived abroad, President Gurbanguly Berdymukhamedov’s style of rule gives a more prominent position to family and other informal ties. His only known son, 36-year-old Serdar, has long been reported in unofficial media to have many prominent business connections and to be positioning himself within the country’s elite.

But official media in Turkmenistan paid scant attention to Serdar until November 2016, when he became a parliamentary deputy in a by-election, marking the beginning of a rapidly ascending career path.

After graduating from Turkmenistan’s agricultural university in 2001, Serdar completed two years of military service before working for five years in the country’s food industry as chief specialist for alcohol-free beer and wine. In 2008, he changed course to study diplomacy in Moscow and international security in Geneva. Since 2013 he has held several mid-level government positions in the oil and gas industry and in the Ministry of Foreign Affairs.

Somewhat ironically, Serdar chairs the parliamentary committee on legal affairs, although, as exiled opposition-run Gundogar news outlet has noted, his election to parliament stands in direct violation of the constitution. Article 120 of that document decrees that all candidates standing for election to the Mejlis must have spent the preceding 10 years living continuously inside Turkmenistan.

In the run-up to parliamentary elections this March, speculation abounded that Serdar would be named the new head of parliament, given that the constitution designates the holder of that post as acting president in the event the head of state dies. In the event, Serdar was reelected to parliament, followed by his swift appointment to the post of deputy foreign minister on March 30.

By and large, official posts in Turkmenistan are decorative, and constitutional stipulations regarding power transfers can be dealt with as mere technical impediments when necessary (as demonstrated when Niyazov died in 2006, in order to facilitate Berdymukhamedov’s appointment as acting president). One major exception is minister of foreign affairs; the incumbent must have the requisite skill and experience to act semi-independently when meeting with foreign delegations and laying out the country’s official policy abroad. To be sure, it is no accident that despite the regime’s astronomically high rate of personnel turnover, the same minister of foreign affairs, Rashid Meredov, has retained his post since 2001. Consequently, Serdar’s recent appointment stands him in good stead to succeed Meredov at some point in future, which would effectively make him the de facto number two official in the country.

But the circumstance that perhaps points most markedly to Berdymukhamedov’s grooming of Serdar as his eventual successor is the choice of his son to conduct official meetings with heads of state. Such was the case in May 2017, when Serdar headed the Turkmen delegation to an international economic summit in Tatarstan and met with the Russian region’s president, Rustam Minnikhanov. More significantly, at the summit of Central Asian leaders that took place in Astana in March – the first of its kind in nearly a decade – President Nazarbayev met individually with the heads of state of all the Central Asian states before the meeting, with the exception of Turkmenistan. Although the Turkmen delegation was officially headed by presidential stalwart Akja Nurberdieva, chairperson of the Mejlis since 2007 (President Berdymukhamedov was on a state visit to the UAE at the time), it was Serdar who held a tête-à-tête with the Kazakh president.

Local Turkmen media very rarely mention parliamentary deputies by name, yet Serdar’s official appearances and meetings with rank-and-file citizens are frequently discussed, with special attention devoted to the leisure activities he undertakes with his father, such as tinkering with motor engines and horse racing. Called the “son of our people” by state news agency TDH, Serdar heads Turkmenistan’s National Martial Arts Federation and, like his father, has received numerous awards and titles. Berdymukhamedov junior has even taken to presiding at the opening ceremonies for significant construction projects, although, as the exile-run Chronicles of Turkmenistan has pointed out, this is unprecedented for a parliamentary deputy.

At 60, President Berdymukhamedov is still relatively young and much could happen before Turkmenistan’s next leadership succession, especially given the penchant of Central Asian presidents to stay in power until mortality dictates it is time to go. Nonetheless, it appears that Berdymukhamedov junior has taken his first steps on the path toward the presidency.

Annette Bohr is an associate fellow with the Russia and Eurasia Program at The Royal Institute of International Affairs (Chatham House), London. She is the author of Turkmenistan: Power, Politics and Petro-Authoritarianism.