The violence in the South Caucasus poses challenging questions of both Russia’s capabilities and its vision for itself. 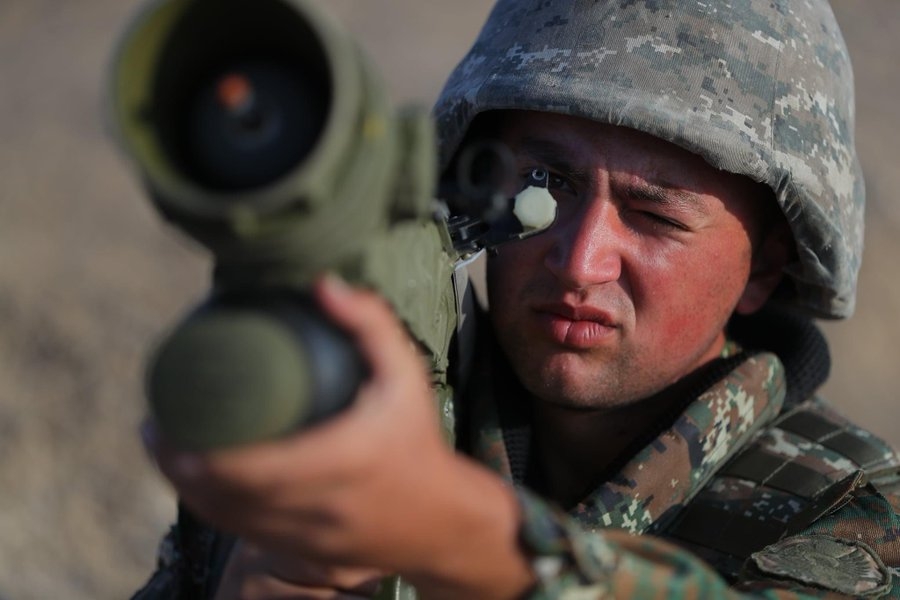 A striking feature of the new Armenian-Azerbaijani war is Russia’s apparent passivity. By day four of the last major fighting, in April 2016, the Kremlin had already convened a meeting between the countries’ security chiefs and brokered a ceasefire.

Four years later, while President Vladimir Putin was quick to call for restraint and joined presidents Emmanuel Macron and Donald Trump in calling for de-escalation on 1 October, the Kremlin has been conspicuous by its low visibility, if not absence.

To be sure, the scale of the fighting and Turkey’s support have given Baku greater confidence to resist what it has long seen as Moscow’s self-serving conflict management. But what else lies behind Russia’s low-profile response?

For some observers, Russian reticence may reflect a calculated strategy. Moscow may be hanging back in order to discipline Nikol Pashinyan’s Armenia or illustrate the ineffectiveness of the Euro-Atlantic members of the Minsk Group, while at the same time gaining credit with Recep Tayyip Erdogan, whose legitimacy at home will benefit if Turkey’s intervention leads to Azerbaijani gains.

This perspective frames the conflict in terms of competing great powers. Turkey’s intervention, as Russian analyst Maxim Suchkov argues, could actually be aimed at a “new deal” with Russia, in a kind of partnership of regional powers united in their opposition to the West and desire for strategic autonomy from it.

A different view suggests that Russia was distracted with demonstrations in Belarus, and has been caught on the back foot. If not actually surprised by the onset of renewed conflict, Russia sees the reported presence of Syrian mercenaries so close to its volatile North Caucasus as deeply unwelcome.

Moreover, large-scale violence has in the past fed “Eurasia-skepticism” in Armenia, whose geopolitical loyalty is not in any case seriously in doubt. If fighting were to affect the territory of Armenia itself in a sustained way – and if Yerevan were to ask for help – the Kremlin would be forced to act. Therefore, Moscow has always been the outside power with the most immediate incentives to prevent a larger war.

Russian prevarication can also be seen as stemming from the breakdown of Moscow’s 15-year policy for managing the Armenian-Azerbaijani conflict. Drawing on the scholarship of Timothy Crawford, I term this Russia’s pivotal deterrence policy, whereby Russia acts as a ‘pivot’ balancing between Armenia and increasingly preponderant Azerbaijan. Pivotal deterrence has involved numerous, often mutually incoherent, strands of policy: formal alliance with Armenia, arms transfers to both Armenia and Azerbaijan, and the convening of mediation initiatives.

But pivotal deterrence works best when its targets do not have alternative alliance options. A large-scale or sustained military engagement activating Russia’s security guarantees to Armenia carries the risk for Azerbaijan of international isolation, considering that it is a small state and not a member of any Eurasian security blocs. This is more or less what happened to Georgia in August 2008. Turkey’s support to Azerbaijan has changed that calculus, resulting in pivotal deterrence failure.

Russia between multilateralism and multipolarity

It is too early to say whether Turkey’s intervention means the definitive end of Russia’s pivotal deterrence policy. There are, however, numerous problems confronting the Kremlin’s formulation of an alternative. Perhaps the primary problem is choosing the rules of the game by which Moscow means to play.

The new Armenian-Azerbaijani war is symptomatic of a wider crisis in multilateralism and challenges posed to it by rising regional powers in a more multipolar global order. Russia’s dilemma is that in the South Caucasus conflict it straddles both.

Russia may not have welcomed OSCE mediation in the mid-1990s, but accepted it as a multilateral framework that could potentially manage and contain Euro-Atlantic entry into the “near abroad” when Russia itself was weak.

Later, the multilateral make-up of the Minsk Group accorded with the fact that the co-chair nations, France, Russia and the United States, did indeed share a common goal in preventing a new war. Russia has increasingly seen itself as the ‘first among equals’ within the Minsk Group: Russian co-chairs typically serve much longer terms than their French and American counterparts. Within the framework of the Minsk Group, Russia enjoys the image of a good multilateralist cooperating with the West.

Moreover, without the Minsk Group, Russia’s actions in the Armenian-Azerbaijani conflict would look more nakedly geopolitical, and more obviously like the self-interested moves of an ex-imperial power dominating its former peripheries. Or indeed, like an aspiring regional power inserting itself into a conflict as a means of realizing ambitions to elevated international status, as Russia and Turkey have done in Syria and Libya.

Yet ‘going it alone’ confronts Moscow with some significant constraints. Militarily, Russia does not have direct access to the combat zone, and nor, according to military analysis, does it have an effective response to the Turkish combat drone technology that has reportedly been effective in recent days.

Politically, the ‘proxification’ of the Armenian-Azerbaijani conflict presumably entails an unambiguous role for Russia as Armenia’s patron and Turkey as Azerbaijan’s patron. Such a role would inevitably poison Russia’s significant bilateral ties with Azerbaijan as a trading and geo-strategic partner in developing north-south connectivity.

Russia’s status in the South Caucasus would also presumably suffer in the transition from the informal leader of an international coalition managing the conflict to the patron of one side in a manifestly zero-sum struggle. Russia’s pivotal deterrence was founded on the idea that the Kremlin’s influence is best served by the avoidance of any such choice.

The new Armenian-Azerbaijani war thus poses challenging questions of both Russia’s capabilities and its vision for itself, not only in the South Caucasus but vis-à-vis the global order that elsewhere it has been happy to challenge.