Debunking the Turkish Historical Society's arguments is the central focus of "Killing Orders." 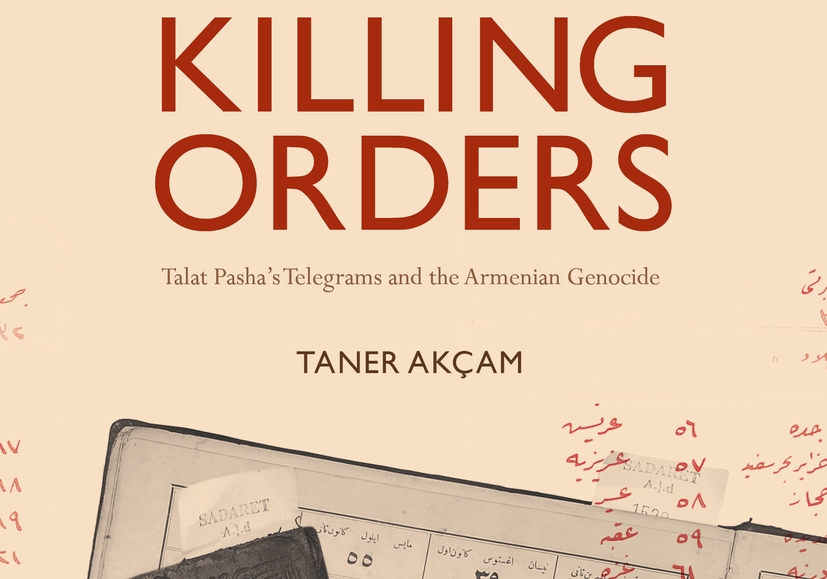 The idea that the Ottoman government intentionally destroyed its Armenian population during World War I, in a series of massacres that amounted to a genocide, has become nearly universally accepted.

Even the Turkish government, long the leading voice of denial, has softened its stance. While still officially rejecting that the killings amounted to genocide – explaining them as merely casualties of a war that was bloody on all sides – the government under Recep Tayyip Erdoğan has noticeably reduced the volume on the issue. Turks are no longer prosecuted for “insulting Turkishness” when they acknowledge the genocide, and more and more books are published in Turkey that frankly discuss what happened during the war.

But of course, holdouts remain, and a new book by one of the leading Turkish historians of the genocide purports to offer a “smoking gun” that will “make it impossible for the Turkish government to continue to deny the Armenian Genocide.”

The book, “Killing Orders” by Taner Akçam, publishes and analyzes a hitherto-unknown set of private archives, from an Armenian priest and historian who photographed some of them at the archives of the Armenian Patriarchate in Jerusalem, which have since become closed to researchers. The priest, Krikor Guerguerian, photographed other documents at a library in Paris in 1950, which subsequently lost them. Guerguerian's photographs eventually passed into the hands of his nephew, who showed them to Akçam in 2015.

Akçam uses the documents to corroborate the authenticity of some of the most explicit evidence of the Ottoman government's intent: a series of telegrams from Interior Minister Talat Paşa to officials in Aleppo. “You were already previously informed of the official decision [...] that all Armenians within Turkey should be completely extinguished and annihilated. […] Regardless of the severity of the measures and without regard to women, children, and handicapped persons, all should be exterminated without any consideration for feelings of guilt,” one telegram read. “The order that all of the Armenians’ rights on Turkish soil, such as the rights to live and work, have been eliminated, and not one is to be left – not even the infant in the cradle; the government accepts all responsibility for this,” read another.

However, the way in which these telegrams reached us was so indirect as to invite skepticism as to their authenticity. They were originally published by Aram Andonian, an Armenian journalist from Istanbul who himself survived the deportations. Andonian eventually made it to Aleppo, where in 1918 he met a secretary in the local Deportation Office of the Ottoman Empire's Interior Ministry, Naim Effendi. Effendi sold him handwritten copies of 52 official Ottoman documents, as well as 24 original copies. Andonian then published them the following year, and they became widely known as some of the damning pieces of evidence against the Ottoman government.

In 1983, however, the Turkish Historical Society published a book arguing that the telegrams were forged. The evidence that they were forgeries was convincing enough that the book became a foundational work for the genocide denial camp. It even persuaded those who – based on voluminous other evidence – believed that a genocide occurred, but accepted that these telegrams may have nevertheless been forgeries.

Debunking the Turkish Historical Society's arguments is the central focus of “Killing Orders.” “To show the authenticity of these telegrams and Naim's memoirs means nothing but to remove the last brick from the denialist wall,” Akçam writes.

The notion that the new evidence is a “smoking gun” is somewhat overblown. The Guerguerian archives do offer some new data, such as documents mentioned, but not published, in Andonian's original book. Akçam also found documents in the Ottoman Archives in Istanbul that offer supporting evidence that the ciphering system in the Naim Effendi documents is consistent with that in other Ottoman communications of the time. And other newly unearthed documents provide evidence that Naim Effendi was in fact a real person, something that the Turkish Historical Society book had questioned. There are long discursions into arcana such as the numbers of digits used in Ottoman ciphers and the types of lined paper Ottoman bureaucrats used.

This sort of prosecutorial approach to history feels like an anachronism. As Thomas de Waal wrote in his 2015 book on the aftermath of the genocide, “Great Catastrophe”: “Engaging with history rather than with a virtual Armenian-Turkish courtroom, contemporary historians spend less time on the issue of intent – after all, even if there is no single archival document which dots the i's and crosses the t's, there was demonstrably both a murderous disposition in the actions of the Young Turk leaders in 1915 and a genocidal outcome for the Armenians.”

So it's hard to support the claim, made in the book's promotional materials, that: “These findings are an earthquake in the field of genocide studies. They will make it impossible for the Turkish government to continue to deny the Armenian Genocide.”

The futility of that aspiration was demonstrated by the response to the publication of the Turkish version of the book, in 2016. The Review of Armenian Studies, a journal published by the Ankara-based think tank Institute for Eurasian Studies, published a review by one unconvinced scholar, which engaged mainly on the level of lined paper and cipher techniques. In an editor's note, the journal suggested that the book was part of a political pro-Armenia agenda. “What is the purpose of putting in the effort to prove the authenticity of so-called documents that are clearly fake?” it asked.

Another commentary by the same think tank sidestepped the issue of whether the newly published documents were authentic, instead nitpicking one narrow claim by Akçam. “In such an environment [...] all the possibilities of healthy discussion are unfortunately exhausted. The truth is, such an approach gives an excuse to persons like Akçam to refrain and escape from real academic discussions,” the reviewer said, in words more applicable to his own piece.

And so the debate, such as it is, goes on. In an interview after the Turkish version of the book came out, Akçam himself anticipated these responses. “The denialism of historical truth is a policy, it is a preference – a choice rather than a rational argument,” he said. “For this reason, regardless of how many documents we publish regarding the truth of what happened, a denier will always find new things and continue to deny. This is an endless game.”