Too much of household debt is denominated in dollars, despite efforts in recent years to reduce borrowers’ exposure to foreign currencies. 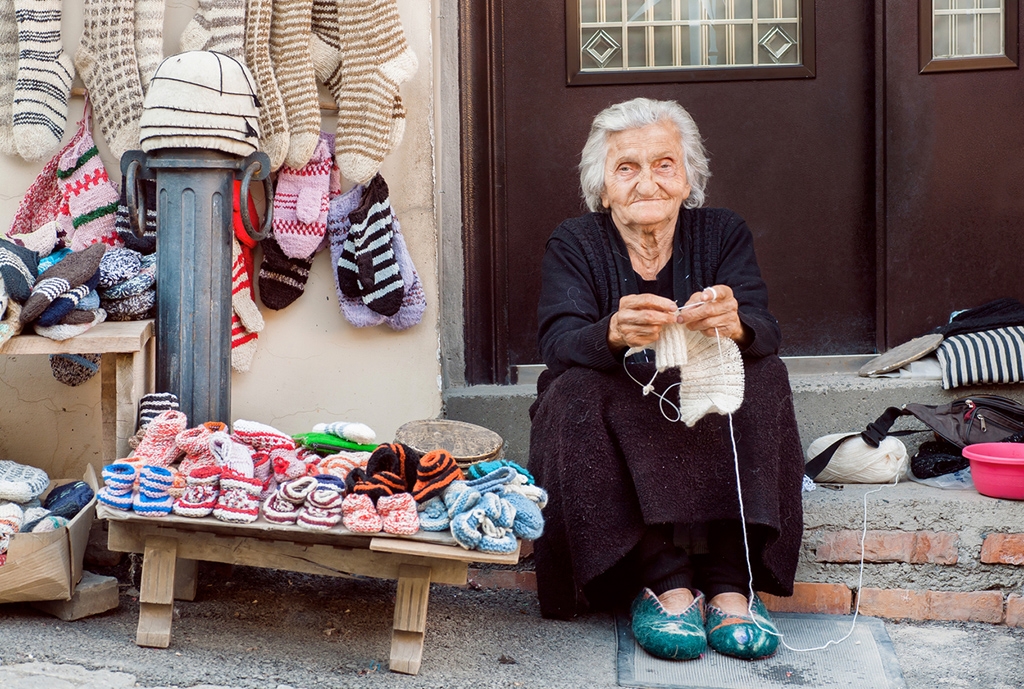 The number of Georgians receiving government support has jumped since the start of the pandemic and still hundreds of thousands have fallen into poverty. (iStock)

Georgian households are struggling to weather the ongoing fallout from the COVID-19 pandemic. The high number of dollar-denominated loans coupled with the Georgian lari’s slump have made the last two years especially painful, pushing more people into poverty and threatening more with homelessness.

The debt burden of households soared as the unemployment rate topped 20 percent in 2021 and inflation reached a 10-year high at almost 14 percent. Household debt as a share of GDP rose to 39 percent in 2020 and to 42 percent in 2021, according to the National Bank, up from 33 percent at the end of 2019.

Hidden behind these figures is an ugly reality: Too much of Georgian household debt is still denominated in dollars, despite efforts in recent years to reduce borrowers’ exposure to foreign currencies. Because as the lari slides, it becomes harder for those who earn salaries in lari to repay dollar loans.

In 2020, non-performing household (a.k.a. retail) loans denominated in foreign currency more than doubled to almost 12 percent, National Bank data shows. Over 50 percent of all outstanding loans were denominated in dollars last year; among household loans, the figure was 37 percent.

Excessive household dollar debt has been a burning political issue in Georgia in recent years. After the 2003 Rose Revolution, which swept a libertarian government into power, commercial banks and other lenders were allowed to define their own terms; the interest rate ceiling was abolished and the personal insolvency law was annulled. This empowered lenders who took advantage of households desperate for credit, as my research has shown. Housing became the key collateral for personal loans. Since 2010, thousands of families have been pushed out of their homes after defaulting.

At the same time, post-revolution economic growth did not tamper unemployment or income inequality. Instead, households’ demand for loans remained high. Commercial banks with access to foreign capital started aggressively marketing foreign currency-denominated loans from 2004 onwards, sparking a credit boom. While the central bank considered financial stability and low inflation as its primary policy aims, the protection of consumers from predatory lenders was not a government priority.

Triggered by Russia’s first war in Ukraine, downward economic trends in neighboring countries, and decreasing remittances, the currency crisis of 2015-2017 exposed the perils of deregulated financial markets. The almost-50 percent devaluation of the lari against the greenback led to street protests. By this time 30 percent of household borrowers were spending more than half of their income servicing debt, the International Monetary Fund reported.

It was only in 2018 that both the government and the central bank publicly addressed the over-indebtedness of households and started to regulate lenders. That year, ahead of presidential elections, a charity connected to the billionaire founder of the ruling Georgian Dream Party, bailed out the debt of 600,000 subprime borrowers (17 percent of the population).

Now consider the context of the pandemic, which is far worse than the last economic crisis.

The number of Georgians receiving government support rose by more than 22 percent in 2020 and a further 19 percent in 2021, according to official data. Despite the government’s proactive pandemic relief package – subsidizing utilities, targeting social assistance, and increasing unemployment payments – the rate of absolute poverty increased in 2020, said the World Bank: 350,000 people dropped below the poverty threshold while 800,000 fell into a lower income group during the pandemic; this in a nation of just 4 million.

Though financial regulations have helped reduce predatory lending since 2018, Georgians today are in a far more precarious position than they were before the pandemic.

Ia Eradze is a political economist at the Institute for Social and Cultural Research, Ilia State University.