Perspectives | Remember the disappeared, but don’t forget their families

The victims of state-sponsored disappearances include the families who wake up every day uncertain, missing a loved one whose fate is not known. 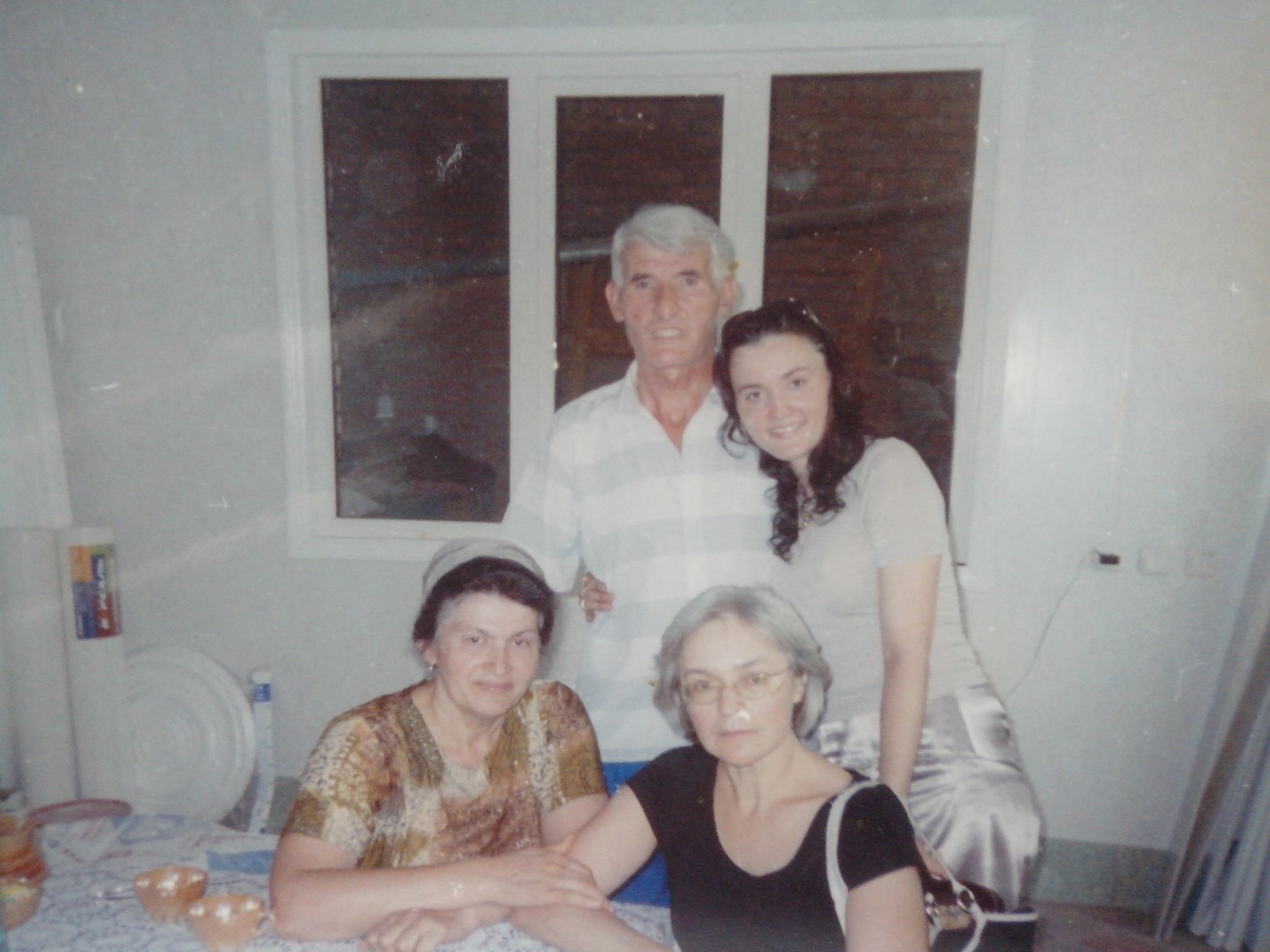 The Murdalov family photographed with Russian investigative journalist Anna Politkovskaya, who was murdered in 2006. (used with permission)

In the British drama series “The Missing,” which aired on the BBC some years ago, a family of three is traveling from the UK to northern France on holiday. They stop in a small town where the father takes his son to an outdoor bar to watch a football match. In a split second, the boy disappears. Eight years later, Oliver is still gone and the family destroyed, while the tormented father, obsessed, continues his search.

Soon after watching the first season, I was in a clammy Geneva conference room attending a session of a UN body with a very cumbersome name. The Working Group for Enforced and Involuntary Disappearances, or WGEID, investigates a wide range of cases, from political kidnappings to journalists vanishing in war zones.

As I listened to Tatiana Shikhmuradova, wife of the former Turkmenistan foreign minister who was arrested during a political struggle in 2002 and never seen again, it occurred to me that her curse was not so different from that suffered by actor James Nesbitt’s character in “The Missing.” Her husband, Boris Shikhmuradov, was certainly no innocent child. But through its silence, the Turkmen government had left his family in a perpetual state of torment. Tatiana and her children could never know, for sure, if Boris were still alive – maybe in a secret prison cell somewhere, suffering, missing them. Or whether he was dead – murdered by the Turkmen regime, buried in an unmarked grave.

In 2014, the UN Human Rights Committee not only concluded that Boris Shikhmuradov was a victim of enforced disappearance, but that his wife Tatiana herself was – and continues to be – a victim of torture, due to the psychological suffering she has endured while searching for information about her husband.

As Tatiana herself put it to the Committee: “I have learned, when possible, not to react to rumours that my husband is alive, or long gone. Otherwise, I would have gone mad.”

This week, the world marked the International Day of the Victims of Enforced Disappearances. The initiative originally came from an NGO in Costa Rica working to end secret imprisonment, forced disappearances and abduction in Latin America. Experiences on that continent easily translate across the ocean to the areas where my organization, the Norwegian Helsinki Committee, mainly works: Europe and Asia. The missing and the uncertainty feels the same everywhere.

Many years ago, we assisted a family that no longer felt safe at home. They had submitted a complaint to the European Court of Human Rights (ECtHR) in Strasbourg, some 3,700 kilometers from their hometown of Grozny, Chechnya, where the family’s 26-year-old son had disappeared after being detained at a military checkpoint in 2001. The last person to see Zelimkhan Murdalov said that a Russian officer had tortured him with electric shocks and beaten him bloody. His arm was broken. His ear was torn. Then he was gone.

The family worked tirelessly for justice, but always with the assumption that Zelimkhan had somehow survived his ordeal and that he was still out there, somewhere. Watching them was at once awe-inspiring and heart-wrenching.

After their closest supporter, journalist Anna Politkovskaya, was assassinated in Moscow in 2006, one of the family members asked me, “What about you, do you think Zelim is still alive?” “I don’t know,” I responded lamely. True, I didn’t know, but I had my assumptions. I could afford to assume; he wasn’t my son or brother. They couldn’t, and that’s the curse of families of victims of enforced disappearance.

They know he was tortured. But they don’t know, for sure, what happened to him afterwards. The not knowing is, ultimately, torture as well.

Last year, the Murdalov family won a major victory. The ECtHR ordered Russia to pay them compensation of 90,000 euros. The ruling is probably the closest they’ll ever get to justice. But the missing, the not knowing, will remain.

A crucial difference between families of victims of a disappearance in, say, northern France and in authoritarian countries is that the people doing the investigation may be the same people who did the kidnapping – perhaps, even the murder. Exactly for this reason, abbreviations like WGEID, ECtHR and many others should be part of our common vocabulary.

Under Donald Trump, the U.S. withdrew from the UN Human Rights Council and sanctioned the International Criminal Court. But for those living under a government that disappears opponents and goes out pretending to be looking for them, international justice may be the only justice they can hope for.

The cases of Boris Shikhmuradov and Zelimkhan Murdalov are not unusual. The Prove They Are Alive campaign, of which my organization is a member, has documented more than 120 cases of enforced disappearance in Turkmenistan since independence in 1991. The disappeared during Russia’s wars in Chechnya are almost innumerable; thousands remain unaccounted for. Through the Natalia Estemirova Documentation Center in Oslo, we are building a veritable archive of atrocities.

In a world where news of atrocities keeps breaking on our smartphones, we are in danger of seeing only the very latest tragedies. Shikhmuradov and Murdalov’s cases are two decades old. But their disappearance will never be old news to their families.

The word “missing” has two meanings. A person can go missing. But the word also describes the feeling of absence, of missing someone. The International Day of the Victims of Enforced Disappearances is a chance to remember the disappeared, but also their families.